JEFFERSON CITY, Mo. (DTN) -- Soybean growers who anticipate being paid for delivering U.S. No. 1 yellow soybeans to the elevator may be in for a surprise this harvest season as a known seed coat color variation associated with Enlist E3 soybeans could cause grading issues.

The occurrence of off-color Enlist beans has been acknowledged since the technology was first introduced in 2019. However, its rapid adoption has created a situation where larger volumes of soybeans entering the grain stream have failed to meet No. 1 grade requirements due to soybeans of other colors (SBOC), causing headaches for grain buyers and exporters.

According to a quick reference guide available on the Corteva Agriscience website, the color variation in some Enlist soybean varieties appears as a light brown band connecting ends of the hilum and/or as light brown shadows on each side of the hilum. It is the result of a localized accumulation of a complex of isoflavone and iron, two naturally occurring compounds found in soybean hulls. The guide also states that the nutritional, oil and meal composition of the soybeans is unaffected.

In an email to DTN, Corteva spokesperson Kris Allen wrote that despite many years of studying Enlist E3 soybeans at multiple research and production sites, expression of the color variation has not been consistent enough to predict when or where it may be seen. That inability makes it difficult to know what to expect as the 2022 soybean crop is harvested.

"Last year, we did have soybeans that did not make grade as U.S. No. 1s or No. 2s because of the Enlist SBOC issue," said Bo DeLong, vice president of The DeLong Co. Inc. in Clinton, Wisconsin, who focuses on export sales. "So, we had to work to either divert those shipments to other buyers or watch it on our inbounds to make sure we made grade."

Enlist E3 soybeans, which are tolerant to 2,4-D choline, glyphosate and glufosinate, have proven popular with growers because the system offers an alternative tool when battling herbicide-resistant weeds. Its share of U.S. soybean acres has grown quickly, from less than 5% in 2019 to about 35% last year. Data shared during Corteva's investor day event on Sept. 13 showed that Enlist E3 acreage was estimated to exceed 45% this season, and in some U.S. regions, adoption had already eclipsed 50%.

"With the issues we have with waterhemp, Enlist is a very needed herbicide," said Tom Bressner, executive director of the Wisconsin Agri-Business Association based in Madison. "Of all the traited seeds we've had, this is the first one to my memory that has affected something on the grain itself that you can see."

When assigning a grade to soybeans, the U.S. Federal Grain Inspection Service (FGIS) uses four main factors: damaged kernels, foreign material, splits and SBOC. Each has a maximum percent limit within the sample. To receive designation as U.S. No. 1 yellow soybean, the maximum SBOC percentage allowed is 1%. That percentage increases to 2% for No. 2 grade and 5% for No. 3 grade yellow soybeans.

MORE SOYBEANS FAILED TO MAKE NO. 1

Soybeans naturally produce some off-color seeds. The color can be influenced by genetics as well as environmental factors, pests and disease. However, the past two years -- just as the number of Enlist E3 soybean acres has increased -- the number of soybeans that failed to make a No. 1 grade due to SBOC also has increased.

Data presented at the June 2022 meeting of USDA's Grain Inspection Advisory Committee showed 7.81% of graded soybeans during calendar year 2021 and 24.63% in 2022 missed the mark. By contrast, in the previous decade, that percentage never exceeded 1.22%. Monthly data showed that in May 2022, nearly one-third of soybean samples did not make No. 1 grade due to SBOC.

Kyle Hankey, quality assurance specialist for Kankakee Grain Inspection in Essex, Illinois, has been grading soybeans at the company for the past 18 years. He said the SBOC percentages they've encountered with soybeans recently have been anything but routine.

"We've never had an issue where SBOC was causing lots of grain to not make grade," he said. "In years past, an average SBOC was around 0.2%. Now, we're seeing 1% to 2%. We're at the end of the whole system and seeing it after our customers have done their due diligence in segregating those as much as possible."

DeLong shared that in soybeans purchased last year, SBOC percentages were as high as 7% to 8% in some cases, a rate at which such beans would be graded as U.S. No. 4.

"We haven't made any final decisions on how we're going to handle these beans this year because we don't know how much of an effect it's going to have," DeLong said. "We know that Enlist acreage is up this year versus last year, but until we see the crop, we're not going to be able to make any determinations."

He added that DeLong's customers have been assured that a market will be available for their soybeans, even if they have SBOC issues.

"Market discounts will be applied. If our beans end up going to a domestic crusher versus the export market, we'll use the domestic crusher bid and discount schedule," DeLong said. "If they can go for export, then we'll use an export bid, but they'll have to be No. 1s or No. 2s."

Mike Dillon, oilseed portfolio vice president for Corteva, said the company has taken a proactive approach with Enlist E3's seed coat variation since the technology was launched. He added that Corteva has met with FGIS as well as grain trade and industry associations, including the American Soybean Association, United Soybean Board, National Grain and Feed Association and others, to educate farmers and grain traders.

"We will continue to actively engage broadly on this topic so that farmers and others are aware," Dillon said.

Shawn Conley, University of Wisconsin extension agronomist, said he was not aware of the SBOC issue until this summer but added it's important for growers to understand the markets into which their soybeans will be sold. He suggested that growers talk to their elevators long before they arrive to deliver their first loads of grain.

"Hopefully, I'm crying wolf," Conley said. "I don't want farmers to run away from these beans because they are a tool in our weed-control toolshed. But if these beans are discounted, that discount is ultimately going to land on the farmer." 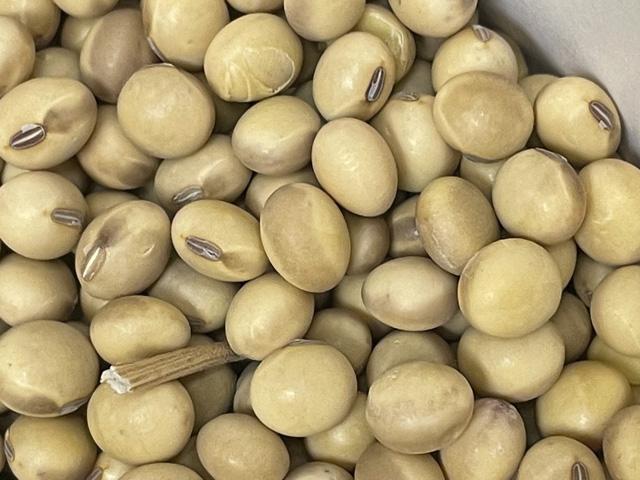