OMAHA (DTN) -- Retail fertilizer prices continue to push lower, according to locations tracked by DTN for the first week of August 2022.

For the first time during the current price shift lower, all eight major fertilizers are lower in price compared to last month, and multiple fertilizers are down a substantial amount. DTN designates a significant move as anything 5% or more.

Fertilizer giant Nutrien announced Tuesday that Ken Seitz has assumed the president and CEO roles of the firm, bumping its interim CEO into the full-time job, Dow Jones reported.

This comes as the fertilizer company seeks to quickly scale up its production amid tight global supplies. The company is working on boosting its annual potash production by 40% by 2025 as the war in Ukraine and sanctions disrupt shipments from major producers in Russia and Belarus.

Seitz has served as Nutrien's interim CEO since January following the departure of its former CEO, Mayo Schmidt, who left the role after less than a year on the job.

Global supplies of anhydrous continue to tighten, which could have a negative effect on ammonia, according to BASF CEO Martin Brudermuller. You can read about that here: https://www.dtnpf.com/…. 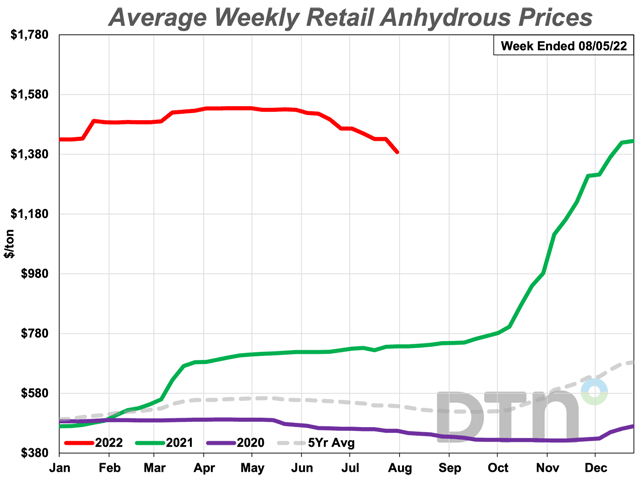