OMAHA (DTN) -- Soybean traits are stacking up. BASF, Corteva Agriscience and MS Technologies have a trait licensing agreement to develop next-generation Enlist E3 soybeans for the United States and Canada. The trait stack will include a new nematode-resistant soybean (NRS) trait.

As part of this agreement, Corteva and MS Technologies have licensed the Enlist E3 soybean trait to BASF for development with the NRS trait in BASF germplasm. BASF has licensed its NRS trait to Corteva and MS Technologies for use in Enlist E3 soybeans. The three companies anticipate commercialization of new seed varieties in the late 2020s, according to a joint press announcement. Actual launch timing will depend on regulatory reviews and completion of field testing.

The new NRS trait is expected to provide a new source of protection against nematode pests in soybeans, including soybean cyst nematode (SCN). A common parasite in North America, SCN accounts for more than $1 billion in economic losses for UI.S. farmers each year. The NRS trait provides yield protection that is different than standard native SCN resistance traits, including PI88788 and Peking. It will also provide protection against economically important nematode species for soybean farmers beyond North America.

"Our nematode-resistant soybean trait will be the first commercially available biotechnology trait developed to control nematodes," Linda Trolinder, senior vice president of BASF seeds and traits R&D, said in the announcement. "BASF is in its fifth year of advanced field testing the NRS trait in the U.S. and in our trials, it has demonstrated an average 8% yield benefit above today's SCN-resistant varieties."

The Enlist E3 soybean trait is jointly developed and owned by Corteva and MS Technologies and was commercialized in 2019.

Terms of the agreement were not disclosed. DTN will be following up with more details on this announcement as they become available. 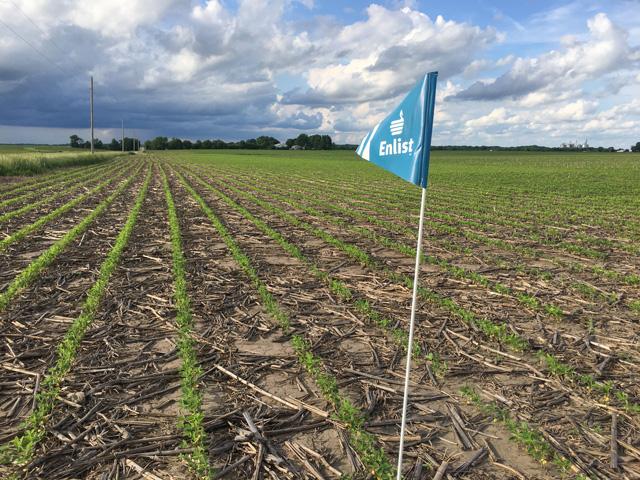