MT. JULIET, Tenn. (DTN) -- President Joe Biden wants Congress to suspend federal gasoline and diesel taxes for 90 days and asked for states to do the same.

The move could save farmers money as they empty grain bins ahead of harvest, but experts say it does little to address the supply shortfalls behind soaring prices and would have only a minor impact on prices at the pump.

According to AAA, the national average price of a gallon of gasoline was $4.96 on June 22, while a gallon of diesel cost $5.81, both just below record prices hit last week. Federal gas and diesel taxes go to the Highway Trust Fund, which is used to maintain roadways and public transportation. Biden's proposal would continue to fund the Highway Trust Fund with other revenues.

With both Democrats and Republicans expressing reservations about the plan, its passage is uncertain.

Mike Steenhoek, executive director of the Soybean Transportation Coalition, said another major headwind to Biden's plan is whether states will get on board. While some have already passed fuel tax holidays of their own, other states don't have full-time legislatures and may not be able to pass necessary legislation before the year is out.

Steenhoek used data from the American Petroleum Institute, Department of Transportation and EPA to generate examples of how much money a suspension of federal and state would save an average motorist and a hypothetical farmer on his trucking fuel needs.

Farmers' savings would be more pronounced than the average motorist.

"Farmers have a lot more round trips transporting grain or soybeans to and from the delivery location," he told DTN in a phone call. While it's hard to determine what's typical usage for a farmer because of wide variations between operations, he estimates a farmer could save 95 cents per day on diesel costs, or about $85, if only federal taxes are paused. If state taxes are included, the savings would be about $2.51 per day, or about $226 in total. Details on how Steenhoek arrived at these figures are below.

"For most Midwestern row-crop farmers whose use of highway diesel picks up after the fall harvest, the suspended tax will likely have expired by the time they start hauling grain out of the fields," Hultman said.

If Biden's proposal goes into effect for July, August and September, Steenhoek said he thinks there will be pressure to extend the holiday. "I have a hard time believing that any elected official wants to see the fuel tax snap back on the eve of an election."

While many consumers will appreciate the small break in prices, "The suspension is also likely to encourage more demand than would otherwise be the case, nullifying part of the intended financial benefit to consumers and adding to the overall problem of demand exceeding available supplies."

Gregg Ibendahl, a Kansas State University Extension agricultural economist, said in a webinar that a gas tax holiday does nothing to address the root of the issue, which is lagging refining capacity. The U.S. has not built a new refinery since 1977, and some refineries went offline during COVID and never restarted again.

Until more refineries are built or existing ones are upgraded, Ibendahl is not very optimistic lower fuel prices will be seen anytime soon. "Things like a gas holiday or even tapping into strategic reserves are going to do very little to lower the price of fuel," Ibendahl said.

Steenhoek's calculations on potential savings from suspending fuel takes are below.

AVERAGE MOTORIST WILL SAVE 28 CENTS PER DAY ON FEDERAL TAXES

-- If the delivery location is 25 miles from the farm (50 miles roundtrip), 7,100 miles would be driven to deliver the total farm production. Of course, some farmers drive significantly longer or shorter distances to access their preferred delivery location.

This particular farmer would therefore save 95 cents a day by just a federal suspension of the fuel tax and $2.51 cents per day if both federal and state diesel taxes were suspended. 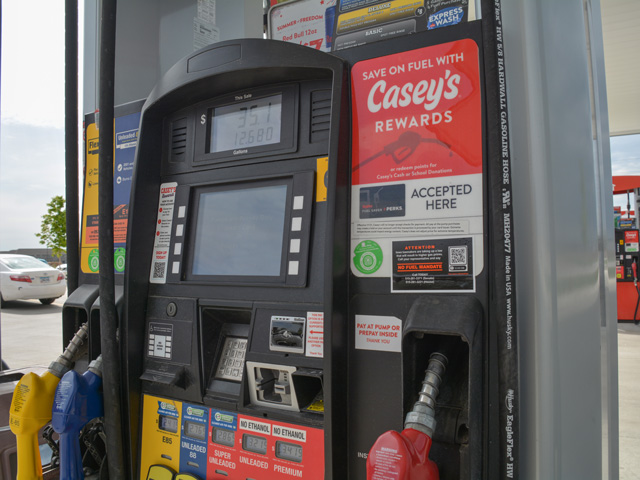