ANKENY, Iowa (DTN) -- Oklahoma Hard Red Winter (HRW) wheat production this year will likely be about half of the 2021 harvest, as widespread drought and recent high winds took a toll on plants.

The Oklahoma Grain and Feed Association assessed the state's HRW wheat crop in late April and reported the findings Tuesday, May 3, during its annual meeting. Crop scouts -- agronomists, Extension educators, researchers and more -- estimated production at 57 million bushels and 23.5 bushels per acre (bpa), on average, 51% of 2021 production.

"You drive by the road and think things look pretty good. It's when you walk out in the field that you really see that there's probably half the crop as normal," Schulte said. "Producers say there's so much damage due to drought stress that some heads aren't going to fill, and others have already sloughed off. There's also discoloration and root rot in some varieties."

Oklahoma is one of the nation's top hard red winter wheat producers.

Schulte expects harvest to start at the end of May, but combines won't traverse all the fields planted. The association's crop assessment pegged harvestable acres at 2.4 million. The USDA Prospective Plantings report said 4.4 million acres of HRW wheat were planted in Oklahoma.

The western two-thirds of Oklahoma, where the majority of the state's wheat is raised, is in a moderate to exceptional drought, according to the latest U.S. Drought Monitor, with conditions worsening to the west. Up until May 1, much of wheat-growing areas of the state west of Interstate 35 had received less than 3 inches of rainfall -- some areas barely a drop -- in the preceding 180 days.

Earlier this week, though, storms dumped 2 to 5 inches over much of the eastern two-thirds of Oklahoma. Little rain fell in the Panhandle of the state.

DTN Ag Meteorologist Darren Miller said more rain is expected in Oklahoma through Thursday. "There's the potential for more severe thunderstorms and an additional 1 to 4 inches of rainfall to areas of the state, including the regions affected by the highest rain amounts from the recent storms," Miller said.

But will the moisture help HRW wheat as the growing season nears the end?

"It's certainly going to help areas with wheat that is going to be harvestable," Schulte said. "I think it's going to help grain fill. But the stands just really aren't what we would hope to see in years we have really good production like last year.

"We're not complaining about getting rain now," he continued. "But in many instances, it's just a little too late."

Oklahoma's wheat assessment provides one of the first glimpses at the country's HRW wheat production potential. The Wheat Quality Council will hold its annual HRW tour on May 16-19, assessing stands in Kansas, southern Nebraska and northern Oklahoma.

Based on HRW wheat findings in Oklahoma and reports from colleagues throughout the Wheat Belt, Schulte expects below-average yields in other states that lacked moisture since planting as well.

"Things don't look better throughout the breadbasket of the United States," Schulte said. For a current assessment of the U.S. winter wheat crop, read a DTN story at https://www.dtnpf.com/….

DTN Lead Analyst Todd Hultman expects world wheat supplies to remain tight for the foreseeable future due to Russia's ongoing invasion of Ukraine and weather problems in the United States. Projected world ending stocks for the 2021-22 marketing year is 278.4 million tons, a five-year low, according to the April USDA World Agricultural Supply and Demand Estimates report.

"For obvious reasons, I'm not expecting much wheat production to make it out of Ukraine this year, and I also assume U.S. wheat production will be limited, similar to a year ago in spite of recent rains in the southwestern Plains," Hultman said. "Both Russia and Canada could have larger wheat crops in 2022, if weather cooperates."

He added U.S. wheat demand is not doing well at current prices. Hultman estimates spot HRW wheat prices this year at $8 to $11 per bushel, assuming Russia doesn't expand the conflict outside of Ukraine's borders. USDA's projected season-average farm price at $7.60 per bushel.

"Weather is the big unknown factor every year, but Russia is also equally threatening in today's situation," Hultman said. 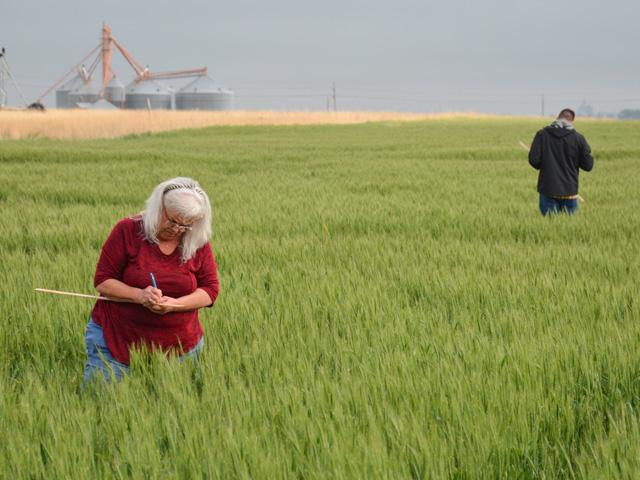