ROCKVILLE, Md. (DTN) -- Corteva Agriscience's Enlist One and Enlist Duo herbicides will now be legal to use in 2022 in 134 counties where they were previously banned from use by EPA due to risks to endangered species.

"Enlist One and Enlist Duo ... can now be used in all counties of Arkansas, Kansas, Minnesota, Missouri, Nebraska, Ohio, Oklahoma and South Dakota," the EPA announced in a news release on March 29. "In Texas, Enlist products can now be used in Bowie, Cooke, Fannin, Grayson, Lamar and Red River counties."

However, several dozen counties remain banned from Enlist One and Enlist Duo applications in Alabama, Arizona, Colorado, Florida, Georgia, Louisiana, New York, Pennsylvania, South Carolina, Tennessee and Texas. You can find the full list on page 16 of each label, found in this EPA document: https://www.regulations.gov/….

Most of the counties now back on the Enlist labels were originally excluded from EPA's newly issued Enlist herbicide labels in January, based on the agency's concerns over risks to an endangered insect species called the American Burying beetle. Six counties in Minnesota were also excluded due to concerns over another species, the Eastern Massasauga rattlesnake.

The January announcement of the county-level bans came as a surprise to farmers who had already bought Enlist-traited seed, as well as Enlist seed dealers and even Corteva, itself. (See more on that here: https://www.dtnpf.com/….)

EPA reversed course on these counties after Corteva brought new data to EPA on the American burying beetle after the initial January labels were released, and the agency discovered updated maps for the rattlesnake's range, the news release stated. Corteva submitted two label amendments asking for the counties to be reinstated in March and February.

"Based on EPA's new effects determination, which included a robust analysis of updated species range maps from the U.S. Fish and Wildlife Service (FWS), EPA expects that the use of these products -- with the existing label requirements in place to mitigate spray drift and pesticide runoff -- will not likely jeopardize the American burying beetle or other listed species and their critical habitats in these counties," the news release stated.

As for the rattlesnake, "EPA's prior analyses were based on FWS' [Fish and Wildlife Services] 2020 species range maps," the news release explained. "EPA subsequently learned that FWS updated their species range map in 2021, which shows that the Eastern Massasauga rattle snake is no longer present in Minnesota. Therefore, EPA has now determined that the prohibition of Enlist Duo in these counties is no longer necessary."

Two other counties in Massachusetts and Rhode Island were removed from the Enlist label prohibitions, because EPA discovered that neither herbicide is registered for use in those states at all, the news release added. "... therefore, Enlist products remain prohibited in all counties of these states," the release concluded. 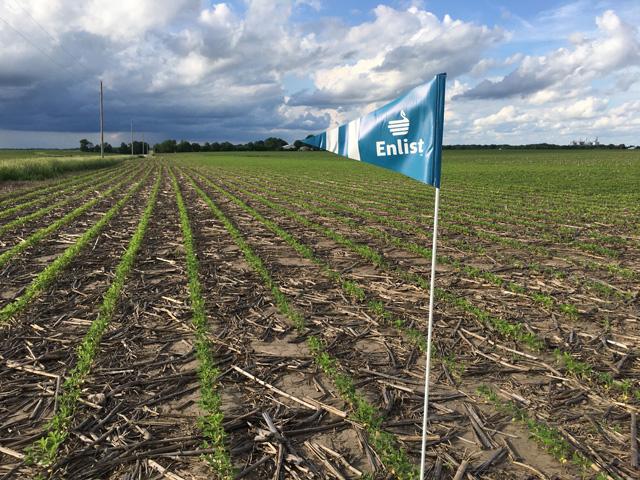