ROCKVILLE, Md. (DTN) -- If planting seasons had mantras, the 2022 one would definitely be: Keep Calm and Farm On.

"The world has been in turmoil since 2019," said Ashley Andersen, who farms with her husband Jarret in east-central Nebraska. "I don't even remember what it feels like to just wake up in the morning and not have a national emergency happening somewhere."

Dan Lakey, of southeast Idaho agreed, and added his advice to farmers everywhere: "There's a lot of concerning things going on in the world, even before the Ukraine and Russia issues. It's so hard to know what to plan for and what will influence the market. We are just trying to control what we can for now."

For DTN Farm Advisers, a group of trusted farmers and ranchers who check in monthly by email or phone, that means prepping soil beds, checking temperatures, watching the weather and readying for the rollercoaster that is spring planting.

Top of mind in late March was the drought persisting across two-thirds of the country and the continued pain of fertilizer and pesticide shortages and high costs. To wit, the chaotic inputs market was such a major factor in DTN Farm Advisers' ability to grow crops this year that DTN carved out a separate story just on that topic. You can find it here: https://www.dtnpf.com/….

DROUGHT PERSISTS FOR MANY

Farmers in Texas, Kansas, Nebraska, Minnesota and western Canada reported continued dry conditions of varying severity. Welcome moisture ranging from half an inch to over four inches fell broadly across the Southern Plains and across the Corn Belt and Southern U.S. the week of March 21, noted DTN Ag Meteorologist John Baranick. It brought much-needed relief to farmers in eastern Kansas, eastern Colorado, southeast Nebraska, Oklahoma and parts of eastern Texas and the Panhandle, as well as up into southern Minnesota and the Great Lakes region -- all areas showing varying levels of drought on the U.S. Drought Monitor.

But while the system helped move some regions into lighter drought categories, many farmers are still far from adequate moisture levels.

"It is dry, dry, dry," said Mike Lass, whose farming and ranching operation in the Texas Panhandle faces some of the deepest drought conditions and missed most of the recent rains. "The dryland wheat is gone ... We're going to have to have some moisture pretty quick or folks are going to have to start culling cow herds, maybe even liquidating."

In eastern Nebraska, a long winter with little to no snow cover has left Kenny Reinke with "one of the toughest wheat stands I have ever seen." In central Kansas, Adam Baldwin said the recent inch of rain his fields saw was the first measurable moisture since last fall. It was a boost to winter wheat and will likely keep some farmers committed to a corn crop over grain sorghum -- for now. But they need more rain.

John Kowalchuk, of Alberta, Canada, echoed that. "We just received some wet snow that will help with the dry conditions, but we aren't out of the woods yet," he said.

"Fields are fit; we've had good moisture -- not too much, not too little," Jennie Schmidt noted of the Eastern Shore of Maryland. Although recent rains slowed fieldwork in southwest Indiana, Scott Wallis is optimistic that he can tackle fieldwork and planting as soon as the weather clears. And Reid Thompson might have hopped in the planter last week in central Illinois, if it hadn't been disassembled for spring maintenance.

In other, drier areas, some farmers were marveling at their improved soil moisture conditions. Fields are still wet from snowmelt where Cody Wahlstrom works as an agriculturalist at a co-op that serves eastern North Dakota and west-central Minnesota, a region which just pulled through a two-year drought.

As Lakey watched heavy recent snowfall melt on his southeast Idaho acres, one-fifth of which are devoted to winter wheat and winter canola, he was feeling optimistic about a turnaround from the 2021 cropping season, which made farm history as the worst yields since 1977. "We were blessed with abundant moisture after about 15 months of drought," he said of this winter.

Likewise, northeastern Colorado farmer Marc Arnusch is eyeing good irrigation supplies and damp fields with wonder. "It's actually a good feeling to say, "It's too wet to plant," he said. "That seldom happens in eastern Colorado.

Most of the DTN Farm Advisers reported staying the course in their usual crop rotations, in some cases locked into corn acres by an unusually robust fall fertilizer season. But a few have adjusted to try to take advantage of market trends.

In Idaho, Lakey is moving away from the cover crops he used to put on summer fallow acres. Instead, he will move those acres into his diverse cash crop rotations, to take advantage of soaring grain markets. He added spring and winter canola to his acre mix and doubled his brown mustard acres, with barley and wheat filling out the rest.

Likewise, in central Kansas, Baldwin is adding more winter wheat acres than usual, with the goal of double cropping more soybeans than he ever has before, and Nebraska's Reinke also reduced his corn acreage in favor of winter wheat.

NO SHORTAGE OF WORRIES

All the DTN Farm Advisers reported higher than normal levels of stress this spring. Most cited weather -- particularly drought -- as a primary concern. The level of risk from pricey inputs invested in the crop and labor and parts shortages were other top concerns, as well as inflation.

"I'm so old I started farming in '81, and the cure to runaway inflation was extremely difficult," recalled Indiana's Wallis. "Will history repeat itself and we have high inflation for nearly a decade or will it be short lived?"

But the specter of the Ukraine-Russia war and its geopolitical consequences and food insecurity risks loomed especially large for many of the farmers. "The threat of World War III is the most scary," as southern Minnesota farmer Mark Nowak put it. "Do I need to say more?"

Mixed with fear are some feelings of guilt, added Schmidt.

"It's terrible that we would have profitable crops, assuming a good growing situation, while others are being bombed," she said.

To revisit where the DTN Farm Advisers were last March, see the Field Roundup for this month in 2021 here: https://www.dtnpf.com/…. 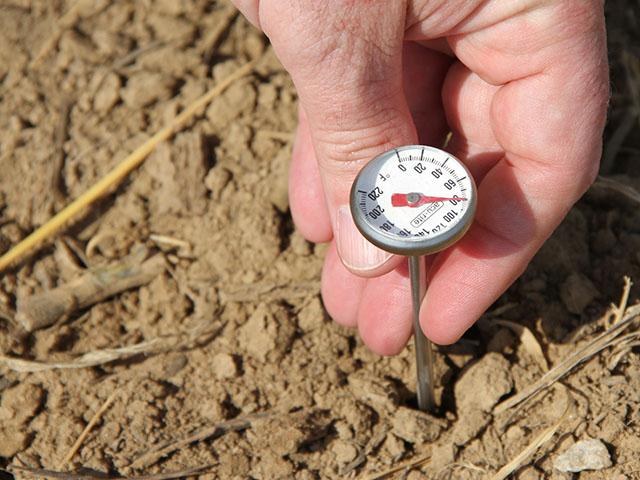