ROCKVILLE, Md. (DTN) -- Corn growers should take the time this spring to download the latest version of the Handy Bt Trait table, a guide to every corn trait package on the market.

The table serves as a valuable cheat sheet for farmers by laying out every commercially available combination of insect and herbicide-tolerant traits in a tidy two-page chart. It is updated annually by Michigan State University entomologist Chris DiFonzo and Texas A&M entomologist Pat Porter.

You can find the updated 2022 versions here, one for field corn and one for sweet corn: https://www.texasinsects.org/….

In six columns, the chart dissects each corn hybrid package into the following:

--The individual traits within the hybrid package (such as Bt proteins);

--The insects targeted by those traits;

--The herbicide-tolerances of that hybrid package;

--Reports of confirmed resistance in insects to any of the traits;

Each year, DiFonzo and Porter make a note of changes to the table. Last year saw the most significant update in a while, as Bayer's novel rootworm mode of action, an RNAi trait called DvSnf7 dsRNA, made its way into select farmers' fields.

This year, the scientists reminded farmers that EPA is mulling changes to how it regulates Bt corn crops that could affect corn farmers' experiences moving forward.

"As Bt toxins continue to lose efficacy against various pest caterpillars, EPA has been gathering feedback for several years to update rules for reducing the risk of Lepidopteran resistance in Bt corn and cotton," the scientists explain in the 2022 updated chart. "The agency is now negotiating with the seed industry on the changes that are proposed. Any that are adopted will be phased in gradually as new trait packages get released or current packages are re-registered."

DiFonzo and Porter highlighted the following proposed changes by EPA, which could affect farmers:

--An increase in the refuge in the bag from the current minimum of 5% to 10% nationwide.

--Mandatory reporting by companies of unexpected damage from corn earworm, fall armyworm and western bean cutworm, in addition to the current requirements to report unexpected injury from corn rootworm and European corn borer.

--Two-year monitoring of farmers found out of compliance with block refuge requirements, up from one year in the past.

Finally, the chart reminds farmers that there are new trapping and insect monitoring networks open for participation this year:

--The Corn Rootworm IPM website: https://cornrootworm.extension.iastate.edu/…. "This web site is a one-stop shop for info on rootworm biology, efficacy trials, management recommendations, and new findings," the scientists explained. It also includes the new Corn Rootworm Adult Monitoring Network, a multistate monitoring network for rootworm beetles in the U.S. and Canada, based on sticky card traps. Anyone can participate. See more from DTN on this new rootworm monitoring effort here: https://www.dtnpf.com/…. 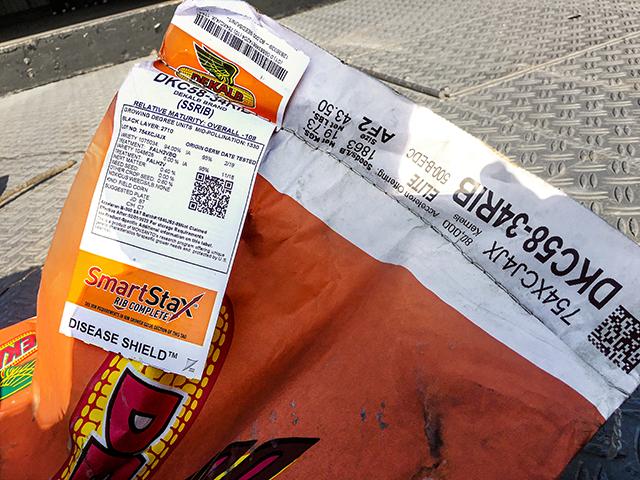