LINCOLN, Neb. (DTN) -- A national farm group has asked for an investigation into the reasons behind historic rises in fertilizer prices in the past year. The group sent a letter Wednesday to the U.S. Department of Justice.

Fertilizer prices have been on a steady rise during the past year.

Retail fertilizer prices tracked by DTN compared to a year ago, show all fertilizers have increased significantly with several fertilizers seeing well above 100% price increases.

The Family Farm Action Alliance, a 501c3 non-profit group, said in a letter to the DOJ it wanted to "call attention to the alarming spike in prices charged to farmers by highly concentrated" fertilizer corporations.

"This increase suspiciously coincides with an increase in income farmers are earning from commodity crops like soybeans and corn," the group said in a letter to the DOJ's antitrust division.

"We maintain that these corporations are using their monopoly power to raise and lower the price charged to farmers not based on basic supply and demand, but rather on the price the farmer is paid for their commodity crops."

The alliance said when corn prices paid to farmers "are as high as they are right now," fertilizer companies respond by "increasing the price they charge for fertilizer."

The group points to Yara, one of the largest fertilizer corporations in the country, as an example.

"If these corporations are tying the price of their products to the farmer's ability to pay rather than supply and demand, that equates to an abuse of the market. Such abuses allow concentrated corporations to extract maximum profit out of the supply chain, leaving the farmer with no hope of profitability."

The group points to concentration as a likely reason for the rise in fertilizer prices. From 1980 to the mid-2000s, the number of fertilizer companies declined from 46 to 13 when "demand dropped and costs for inputs increased," the letter said.

"However, this consolidation continued even as demand grew, natural gas prices dropped, and the sector as a whole expanded. This means that fewer and fewer firms owned and operated an increasing number of production facilities -- and fewer firms were able to reap the resulting profits."

The alliance pointed to the fact that just two companies supply all of North America with potash -- Nutrien Limited and the Mosaic Company. The letter said in 2019, four corporations represented 75% of the production and sale of nitrogen-based fertilizer in the U.S.

"Today, the four dominant firms in this sector are CF Industries, Nutrien, Koch and Yara-USA," the letter said.

"Claiming a global shortage, fertilizer companies have recently broken records with the ballooning prices they charge for fertilizer. Yet the companies' own documents refute any shortage claims and reveal they have additional capacity they're not utilizing. While it's true that natural gas prices are currently high, Yara's 2021 third quarter report states explicitly that this has had 'limited impact on finished fertilizer production to date; Yara is closely monitoring the situation going forward.'"

Nutrien's annual report states that "due to historically low global ammonia prices we curtailed production ... while maintaining flexibility to respond to improvements in the market condition," the letter said.

"Their potash capacity likewise exceeds current production levels, and in 2020 the cash cost to produce potash was '$59 per ton, the lowest level on record for Nutrien.' Despite the apparent lack of a true shortage, these corporations have all elected to simultaneously surge retail prices for their products."

The alliance said commodity farmers who grow corn and soybeans, have seen profit opportunities slip away.

"On average, corn prices are up more than 20% from the start of the year," the letter said.

"Yet a report from the University of Illinois projects an increase of $80 per acre for fertilizer for corn and a $57 increase for soybeans, cutting into that elusive profit. While farmers are the end-users for fertilizer, the problem of market abuses in this sector holds consequences for consumers as well: higher fertilizer costs will eventually lead to higher food prices."

The alliance told the DOJ that in a "concentrated food system, a small number of people determine" where and how food will be produced and how much it costs.

"We ask that the DOJ open an investigation to determine to what extent the actions of these consolidated fertilizer firms are distorting the market, the resulting impact on farmers, and whether policy intervention will be necessary to remediate such distortions," the letter said. 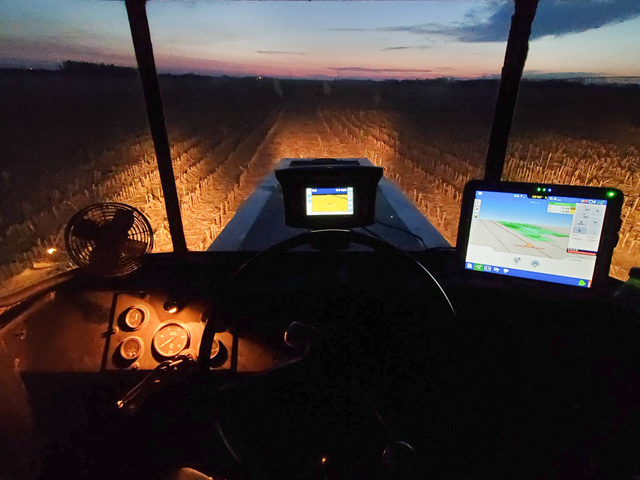