The chart lists every commercially available Bt corn product, one by one, and untangles the traits within. Every year, it is used by farmers, scientists, industry and others to sort through the nine insecticidal corn traits on the market, cross-licensed in dozens of branded packages within various company trait platforms.

It started 15 years ago as a humble Microsoft Word table taped near Chris DiFonzo's desk phone. It was 2006, and the table had just five columns, one for each Bt trait found in corn hybrids at the time.

"I just couldn't keep track of the Bt traits," DiFonzo, a Michigan State entomologist, recalled. "So, the initial goal of it was just to track them for myself."

By 2009, the table had expanded -- six traits, and 14 corn hybrid packages. "Then people started asking to use it -- 'Can I have your table? Can I use your table?'" DiFonzo said. "So, I just started giving it away."

For several more days, DTN/Progressive Farmer will be posting a special series called It Starts With Seed, to help farmers start thinking about their seed purchases and preparing for next year. In this, the fourth story of the series, we review details of the Handy Bt Trait table.

POWERHOUSE OF A FARMER TOOL

With help from Eileen Cullen, an entomologist at the University of Wisconsin at the time, and later, Patrick Porter, a Texas A&M entomologist, DiFonzo built the Handy Bt Trait Table into a dense, information-packed powerhouse of a farmer tool.

Now, DiFonzo and Porter update and publish the table every year and post it online, along with companion guides on sweet corn traits and insect resistance.

Much like DiFonzo's first printed tables, the first page of the chart still lays out each distinct insect-resistant trait, its trade name, Bt protein and targeted insects.

The second page dives deep into the market, with 38 rows listing every distinct, commercially available Bt-stacked corn hybrid. Five hefty columns break down what Bt proteins they contain, which pests they target, what refuges are required, what herbicide-tolerant traits they carry and -- most recently -- the industry's growing problem of which insects now have resistance to that product's traits.

As the table has expanded along with the market for Bt corn, its use has changed, as well, DiFonzo notes.

"It used to be all about the refuges -- which trait requires what refuge, and what happens to refuge requirements if they're stacked," DiFonzo recalled. But with the advent of refuge-in-a-bag corn products, the focus has shifted again.

So, feel free to snag the latest chart as your personal corn cheat sheet at the link below, and never get confused about what's in your corn hybrid again.

Editor's Note: This is the fourth of the stories in our special It Starts With Seed series. Next in the series: A look at the opportunities, and extra work, from growing seed. 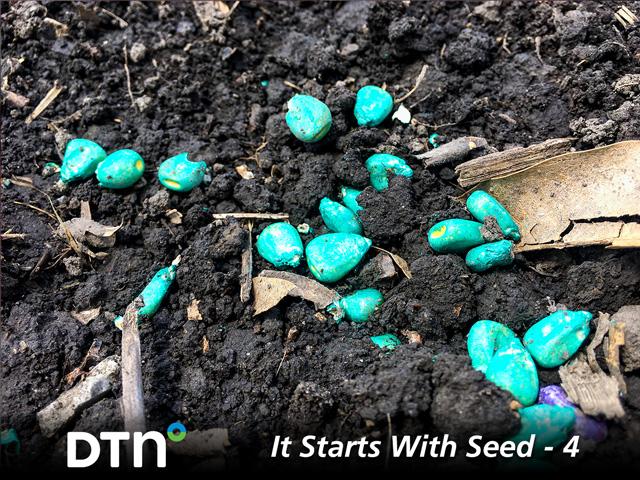