LINCOLN, Neb. (DTN) -- A single EPA document purported to show at least some agency officials expressed concern about a possible cancer link to the herbicide glyphosate is the subject of a battle playing out in federal appeals court on the main ingredient in Roundup.

Roundup garden and lawn care products are set to be pulled from shelves by 2023. Glyphosate received its most recent interim re-registration approval from EPA in 2020. Bayer announced earlier this year the action would not affect agriculture but was part of a plan to reduce the company's exposure to future Roundup lawsuits.

The groups suing the agency have argued in a series of reply briefs filed in the U.S. Court of Appeals for the Ninth Circuit in San Francisco that a 2016 internal EPA document should be made part of the record because it runs contrary to the agency's public decision. The agency declared glyphosate was safe and found no connection to non-Hodgkin's lymphoma.

Attorneys for the EPA and Bayer have argued in their own reply briefs that the document was only part of internal deliberations and should not be included in the record.

EPA filed a motion in court to remand the agency's ecological assessment of the chemical that has been the subject of thousands of lawsuits across the country as an alleged cause of non-Hodgkin's lymphoma (NHL) in Roundup users.

"EPA conspicuously omitted a 2016 evaluation of epidemiological studies by its Office of Research and Development in which EPA scientists concluded there is 'suggestive evidence' of carcinogenic potential between glyphosate exposure and increased risk of NHL," the Rural Coalition, which includes Beyond Pesticides and the Center for Food Safety, said in its reply brief filed on Aug. 13, 2021.

"Just weeks ago, this buried EPA report surfaced for the first time. The ORD report considered and largely rejected various potential biases, confounding factors, and chance as explanations for increased NHL risk, factors EPA's pesticide division later used to discount epidemiological studies. But EPA's 2016 conclusion was that the 'weight of evidence is suggestive of carcinogenicity' and a 'concern for potential carcinogenic effects in humans is raised,' a classification joined by many SAP (EPA scientific advisory panel) members.

"At worst, this is bad faith by an agency with a long history of colluding with the industry it is supposed to regulate. At best, it shows EPA lacked substantial evidence for its cancer conclusion."

The EPA said in a brief filed in the Ninth Circuit on Aug. 20, 2021, the 2016 document was not made part of the official record because it was deliberative in nature.

"In Rural Coalition's opening brief, this manifested as attempts to direct the court to the minority opinion advanced by the International Agency for Research on Cancer, (or IARC) the preliminary views of certain scientists from the Office of Research and Development, or the views of some members of the scientific advisory panel, while outright ignoring EPA's revised issue paper on cancer risk," the agency said in its brief.

In March 2015, the IARC classified glyphosate as "probably carcinogenic to humans."

"Rural Coalition's motion to complete or supplement the record overlooks the glaring reason that the 2016 document they cite is not properly part of the record or before the court: it is a 'deliberative' document," EPA said.

"Such documents reflect an agency's internal, pre-decisional processes and are protected in order to ensure the proper function and integrity of the agency's decision-making."

Although Bayer has since announced plans to pull glyphosate-based Roundup from commercial shelves, the company said in a brief filed on Monday it stands by the science showing glyphosate is safe.

"EPA came to that conclusion following 10 years of extensive reviews of the scientific literature, convening panels of experts, issuing thousands of pages of findings, and involving the public through numerous rounds of notice and comment," Bayer said.

"Petitioners have not carried their burden to supplement the administrative record. Despite their allegations, they have provided no persuasive argument or evidence to establish that including the document is necessary to determine whether EPA considered all relevant factors, or because EPA relied on the document to reach its ultimate conclusions."

The Natural Resources Defense Council also filed a brief on Aug. 13, 2021, stating the group is not opposed to an EPA remand of the ecological assessment of glyphosate. Rather, the NRDC argues the agency did not consider all public comments before finalizing its decision.

"These gaps concern health risks for countless farmworkers and other herbicide users nationwide who are exposed to glyphosate products. EPA did not respond to these comments at all in the decision or in its responses to comments issued concurrently with the decision."

The agency first proposed an interim measure on glyphosate in April 2019 and accepted public comments until September 2019.

EPA reapproved an interim registration of glyphosate in January 2020. The Rural Coalition, Organizacion an California de Lideres Campesinas, Farmworker Association of Florida, Beyond Pesticides and the Center for Food Safety filed a petition for review in March 2020. Those groups asked a federal court to vacate the decision. 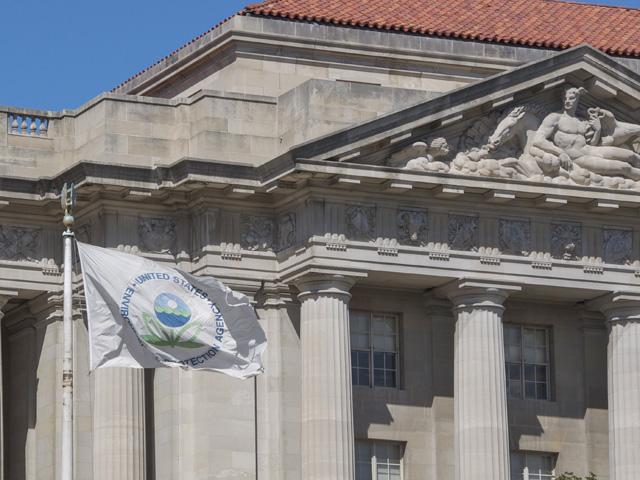