DECATUR, Ill. (DTN) -- Soybean cyst nematode (SCN) arrives at your field uninvited and hungry, like the worst possible houseguest. It hitchhikes to get there, steals from its soybean host, unscrupulously multiplies and must eventually be managed since it stubbornly refuses to leave the premises.

How SCN moves, reproduces and threatens soybean production is the focus of a free, online video series called "Let's Talk Todes" from The SCN Coalition. Understanding the stealthy invader and the need to test for SCN are the main steps to avoiding yield loss, according to Iowa State University Nematologist Greg Tylka.

"Don't be complacent," Tylka said. "The nematode doesn't actively spread itself; it's spread by anything that moves soil. It's spreading within states where it's well established like Iowa and Illinois, and more recently moved into areas of the Upper Midwest like North Dakota."

Anything that moves soil can move a nematode -- that's wind-blown soil and soil moved through surface erosion, Tylka noted. "That's soil on farm implements; on the tires of farm equipment. Even wildlife can spread it by eating grain after harvest and ingesting soil, flying off, and then a day later out the other end comes soil with live soybean cyst nematode in it."

Yes, you read that right. Birds and other wildlife are one way SCN spreads from field to field.

Tylka is in the process of updating a 2017 survey that determined SCN is currently found in every soybean growing state except for West Virginia. The pest has been discovered in 35 new counties in 11 states in the U.S. since 2017, Tylka noted. An updated SCN distribution map of SCN in the U.S. and Canada is expected to be available later this year.

North Dakota State University Plant Pathologist Sam Markell has seen the pest become more of a problem in his northern territory. "I certainly would anticipate that SCN is spread by flood water. In North Dakota, the Red River separates North Dakota and Minnesota, and it flows north to Canada. And in 2003, we found SCN for the first time in the southeastern most county on that river," said Markell.

He encourages growers to test for SCN to track the spread of the pest. "If we find it, we need to manage it, and we can learn from the situation in states like Iowa," he said.

"I can confidently say that without the free SCN soil testing program funded by the North Dakota soybean checkoff, in half of the counties that we know have SCN, we likely would not have known it's there. It's the growers that are sampling and getting those results back to start an active management plan. Without that information, we would be operating blind. And, I think it's fairly conservative to say that it's saved growers in North Dakota millions of dollars every year because those that find SCN right away and progressively manage it are going to save money -- not just one year, but many years to come," he added.

Midwest farmers have long fought back against SCN by planting soybean varieties resistant to this bad actor. However, the most common varietal resistance known as PI 88788 is no longer working adequately in many fields.

The video series reviews the benefits of crop rotation and incorporating soybean varieties with the Peking source of SCN resistance.

View the latest video as Tylka and Markell discuss how SCN moves and why it is such an adversary: https://www.youtube.com/…

Learn more about seed company efforts to save varietal resistance: 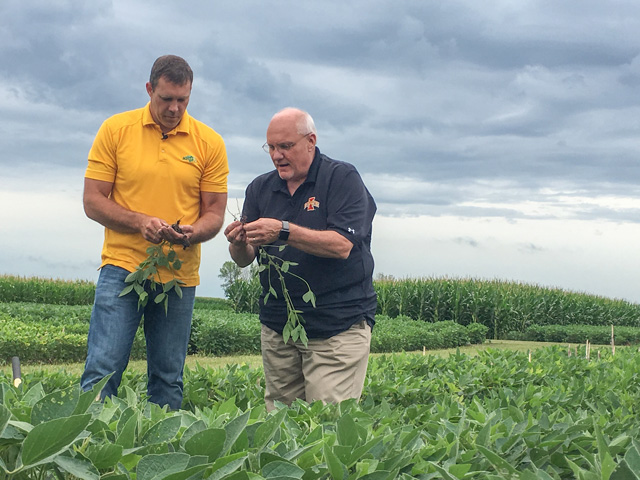