The announcement marks the first time this specific category of the Nobel Prize has been shared by two women, who developed CRISPR-Cas9 independently back in 2012. Charpentier is a French scientist who directs the Max Planck Unit for the Science of Pathogens in Berlin, Germany, and Doudna is an American scientist working at the University of California, Berkeley, as well as the Howard Hughes Medical Institute.

The award has special significance to the agricultural industry, which has seen firsthand the unique capabilities of gene editing to speed the complicated process of breeding new crop traits and bringing them to market.

Tools like CRISPR-Cas9, which allow scientists to snip out or add precise bits of DNA into plant and animal genomes, have been embraced by U.S. agricultural scientists and regulators alike. Most recently, USDA announced finalization of a new rule for regulating biotechnology, knowns as the SECURE rule, which would exempt many crop traits produced by gene-editing techniques. See more here: https://www.dtnpf.com/….

The agency is playing catch-up with the rule, given that U.S. agricultural scientists and companies have already sought and received deregulation decisions for gene-edited crops and plants since 2016.

In the past four years, the number of gene-edited crop traits submitted to USDA for review has rapidly increased, from large agriculture conglomerates to small startup companies and academic institutions. For example, Pioneer (now under Corteva Agriscience) was the first ag company to submit and receive deregulation for a waxy corn hybrid produced by CRISPR-Cas9 back in 2016. Now, smaller entities are racing to market with gene-edited traits, such as the Minnesota-based biotech company Calyxt, which has used another gene-editing tool called TALEN to create and commercialize a variety of high oleic soybeans.

A quick review of USDA's most recent deregulation decisions shows a wave of novel gene-edited crop traits underway, from a gene-edited drought-tolerant corn from Corteva to a gene-edited tomato from Michigan State University. See the list here: https://www.aphis.usda.gov/….

Nor is agriculture alone in its embrace of gene-editing tools. As the Nobel Prize news release for Charpentier and Doudna noted, the tool's use is also revolutionizing the field of medicine. "In medicine, clinical trials of new cancer therapies are underway, and the dream of being able to cure inherited diseases is about to come true," the release stated.

Not everyone has been thrilled with this breakneck pace of new gene-edited organisms. Activist organizations that were created in response to widespread adoption of traditional genetically modified organisms (GMOs) in agriculture, such as the Non-GMO Project and U.S. Right to Know, have come out critically against the adoption and deregulation of gene-editing techniques.

USDA's decision not to regulate many gene-edited plant traits has also drawn some criticism from science organizations such as the Center for Science in the Public Interest (CSPI). Most recently, CSPI Biotechnology Director Greg Jaffe published an analysis of the new SECURE rule, arguing that some of the exemptions for gene-edited traits are not backed by scientific evidence and that the voluntary process for companies to determine if their gene-edited products do not warrant regulation could lead to a lack of accountability.

Ultimately, Jaffe warned, U.S. food companies and consumers could lose the ability to know what gene-edited ingredients are in their food, which could cause controversy and trade problems. See more from Jaffe here: https://cspinet.org/….

For more details on how gene editing could change agriculture and how regulatory bodies in the U.S. and abroad have responded to it, see this DTN story: https://www.dtnpf.com/…. 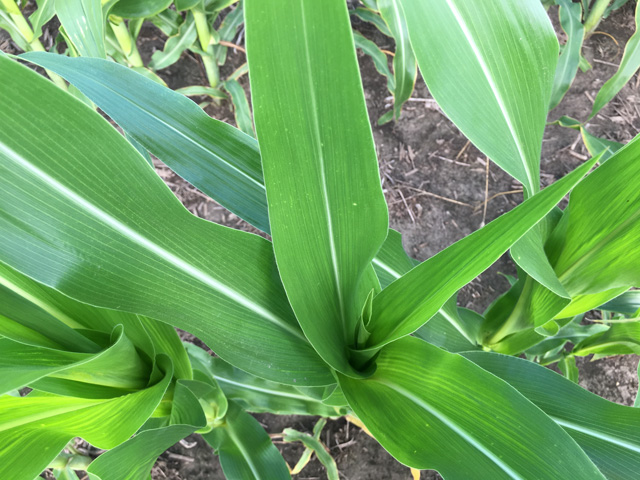