ROCKVILLE, Md. (DTN) -- A mushroom that doesn't brown. White flour with as much fiber as whole-wheat flour. Corn that can fend off northern corn leaf blight. Soybeans that can tolerate salty soils and drought.

These products and dozens more are quietly making their way from laboratories to fields, bypassing the regulatory hurdles that genetically modified (GM) plants must clear. They were produced with gene-editing techniques that allow scientists to snip genes out of a plant genome with speed and precision.

Gene editing could bring new crop traits to market far faster, with much less fanfare. In a world where large corporations dominate crop breeding, the relative ease and low cost of gene editing could allow small start-up companies to steam alongside the giant ships of agrichemical conglomerates.

Scientists and companies are racing toward the field with gene editing. But behind them lag governments barely beginning to grapple with a framework to regulate gene-edited crops -- and American consumers with little understanding of the technology.

GENE EDITING: NOT YOUR GRANDPA'S GMO

The most common gene-editing tools, CRISPR, TALEN and zinc-finger nuclease, are very different from the genetically modified traits currently filling corn and soybean fields in the U.S.

In the past, many GMOs were created using certain bacteria species known as agrobacterium, which infect hosts by injecting their own DNA into plant cells. Scientists hijacked this process and used it to put herbicide-tolerant and insecticidal traits into a crop, often using DNA from another species. Another common method of creating GMOs is the gene gun, which works much as it sounds. Scientists bombard plant cells with micro-particles covered in the desired DNA molecules.

Gene editing, on the other hand, is more of an "advanced breeding tool," said Bernice Slutsky, the senior vice president of domestic and international policy for the American Seed Trade Association (ASTA).

Scientists direct molecular guides into the plant cell, which can snip out as little as a few letters of DNA. The plant genome then repairs itself and goes on to produce offspring with the targeted gene missing or deactivated. For example, a biotech start-up company called Calyxt created its high-fiber white wheat flour by removing a few letters of DNA from the wheat genome, thus deactivating a single gene.

These gene-editing mechanisms are already at work in the animal and plant world, Slutsky noted.

"Plant genomes are not static; DNA is not static," she said. "The reason why gene editing tools like CRISPR work is because all cells have the ability to make breaks in DNA and repair those breaks."

In the past, breeders had to induce or wait for spontaneous mutations in the plant genome to produce a favorable trait, and then spend years cross-breeding plants to get that trait into a high-performing variety.

Now, as long as scientists have a good knowledge of a plant's genome, gene editing can produce new crop traits in a fraction of the time, Slutsky said.

USDA only regulates crops that pose a "plant pest risk." Because they often used DNA from species that are a known plant pest (such as agrobacterium), most traditional GMOs fell into this category and were regulated by USDA, explained Greg Jaffe, director of biotechnology for the Center for Science in the Public Interest (CSPI).

For now, the gene-edited crops under development only work within the crop's gene pool. They have not used any DNA from another species, much less a known plant pest species. As companies have queried USDA on whether their gene-edited plants fall under its biotech regulation, the agency has consistently replied that they do not.

This strategy was cemented in early April when Secretary of Agriculture Sonny Perdue released a statement saying: "USDA does not regulate or have any plans to regulate plants that could otherwise have been developed through traditional breeding techniques as long as they are not plant pests or developed using plant pests. This includes a set of new techniques ... such as genome editing ..."

EPA has regulated GM crops in the past, but only those that produce insecticides, namely Bt crops. If gene editing is used in the future to produce an insecticidal crop trait or a pesticide itself, EPA would regulate it, Slutsky said. But for now, the gene-edited crops under development don't fall under that agency's authority, and the agency has made no statement on them, Jaffe said.

The FDA has not required pre-market approval for GM crops in the past, although it does ask for voluntary consultation with a GM crop developer before commercialization, which companies have abided by, Slutsky noted. In January 2017, the agency released a request for information (ROI) on the Federal Register, which asked the public for information on gene-edited crops from a food-safety perspective. The agency is still examining those responses. See them here: https://www.regulations.gov/….

Internationally, the situation is similarly in flux, and just as important. Getting and maintaining international import approvals for GM traits is costly and can delay commercialization by many years.

In the Western Hemisphere, Brazil, Argentina, Chile and Colombia have proposed a regulatory consultation process with a gene-edited crop developer, Slutsky said. It would result in a decision on cultivation or import of that crop in anywhere from 20 to 90 days, depending on the country.

"Basically, if you are not creating what they call a 'novel genetic combination' -- not inserting a transgene -- and you can show them that, then that variety is essentially treated like any conventional variety," Slutsky said.

In Europe, the landscape is less certain, Slutsky said. The European Court of Justice is weighing whether to exempt gene-editing technologies from the EU's highly restrictive laws governing GMOs. Individual member states such as Germany and France have indicated that their domestic law would not view certain applications of gene editing as GMOs, but no official policy is in place, Slutsky said.

"I think the conversation in Europe is different than it has been around GMOs," she said. "We have a long way to go, but I think there's kind of a growing recognition that not all these applications of gene editing should be treated as a GMO, and it's just a question of where you draw that line."

BRINGING BACK A DIVERSE INDUSTRY LANDSCAPE

In 2011, the consulting group Phillips McDougal surveyed six major agricultural companies about the cost of bringing a new GM plant trait to market. They estimated that out of an average $136 million budget, just over $35 million -- or 25% -- was spent on navigating the U.S. regulatory system.

Jaffe questions the accuracy of that estimate, noting that much of those costs stem from product and efficacy testing, not just data collected for regulatory requirements. Nonetheless, the cost of guiding a biotech trait through regulatory hurdles both here and abroad has certainly limited GM breeding techniques to a small pool of agrichemical companies with huge operating budgets, Slutsky said.

Companies and groups like ASTA are actively lobbying domestically and working abroad with institutions such as the International Seed Federation to pave the way for lighter regulation and public acceptance of gene-edited crops, she said.

For Calyxt CEO Federico Tripodi, this is essential for small companies like his to compete in an increasingly consolidated agricultural landscape. The 40-employee company has used the gene-editing technique TALEN (Transcription activator-like effector nucleases) to create 19 gene-edited crop traits, one of which is a high-oleic soybean set to be commercialized by the end of 2018.

The company's chief science officer, Daniel Voytas, has traveled around the world for the past five years to talk about gene editing with regulators in Asia, Europe and the Americas. Tripodi was thrilled with Perdue's announcement of USDA's non-regulation of gene-edited crops.

"There is a positive landscape developing," he said. "Sonny [Perdue]'s announcement supplies small companies more certainty that there is a framework ahead that will promote innovation and allow smaller companies like ours to succeed -- not just large legacy players."

If regulators are just now coming to the table on the science and application of gene-edited crops, then consumers aren't even through the door.

In the past decade, public distrust of GMOs has spawned an activist movement against them, and food labels such as USDA's Organic Certification and the Non-GMO Project are growing in popularity. Groups like U.S. Right to Know and GMO Inside have launched sophisticated and successful campaigns against GM ingredients and the companies that produce them -- and now they have gene-edited crops in their sights as well.

U.S. Right to Know has described gene editing as "tampering with nature in new and possibly riskier ways," and the term "GMO 2.0" has become popular among activist groups to describe gene editing.

In 2016, the National Organic Standards Board voted to ban gene-edited crops from the USDA organic label. The Non-GMO Project, which works with more than 10,000 retailers across the U.S. and Canada, has followed suit with its label.

Against this landscape, many companies may be hesitant to add gene-edited ingredients to their products, but Tripodi is optimistic. He believes the consumer-friendly nature of many gene-edited crops could help them bypass the skepticism and fear that traditional GMOs encountered.

"It would be hard for me to explain the direct, tangible benefit to the consumer" of past GMOs like herbicide-tolerant crops," he said. But Calyxt's high-fiber white wheat flour or Penn State's non-browning mushroom? Like biotech medicine, long accepted in the marketplace, these products primarily benefit the consumer.

Will consumers see it that way?

"I think this situation is absolutely different than GMOs in the late '90s and the last two decades," Tripodi said. "We're having this conversation now, and this product is not in the market today -- we're engaging earlier in this dialogue."

"I wouldn't be doing what I'm doing if I didn't think we could disrupt this space and make it happen." 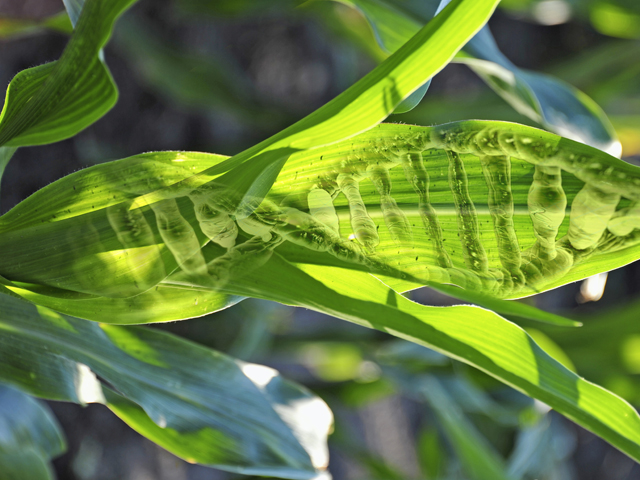