OMAHA (DTN) -- The farm input supply chain is in transition as the industry sees great competition from e-commerce. The traditional agricultural supply landscape in North America is facing threats from smaller startups with less fixed costs.

New business models put the farmer more in the middle of the chain where products are bought and sold but also data can be shared. This is considerably different than the traditional ag retail model, which has farmers at one end as buyers only. Europe also is seeing this trend but has a more regulated environment compared to North America.

These was some of the conclusions of farm input analysts in a Rabobank AgriFinance webinar titled "Age of Transition: Farm Input Supply Chain" held recently.

Samuel Taylor, Rabobank farm input analyst for North America based in New York, believes the farm input chain is moving from a linear, fragmented position to a process with constant feedback loops.

In this system, you have more of a flow of data than in the traditional fragmented industry, he said.

An advantage of this type of supply chain is the ability to make better farm decisions, assisted by different precision ag technologies, he noted.

Taylor, who grew up on an English farm an hour and a half outside of London, said there are still some issues with technology in rural areas. For instance, his parent's farm has "very scant access to internet" despite being fairly close to a large population base.

Despite these technology challenges, this changing supply chain frontier is likely to lead to greater accountability and process certification in the future. An example of this is carbon sequestration, he said.

"We think there's potential for greater supply chain efficiencies, greater understanding of what is going on on the farm, which can feed back to product producers and input producers," Taylor said.

An example of this shift is e-commerce business for farm inputs. Taylor said e-commerce is already popular in most people's lives and has grown in relevance, particularly through the COVID-19 pandemic.

However, the number of farmers buying farm inputs online lags behind the general public buying other items online.

Research shows farmers' purchases online of inputs -- pesticides, seeds, fertilizers -- are somewhere between 1% to 5%, compared to them buying it from normal, conventional retail places, but is seeing significant growth, he explained.

Taylor believes online purchasing of farm inputs will grow significantly in the future, both from larger and smaller suppliers. Smaller cooperatives and local regional distributors could form partnerships with each other, gaining the advantages of scale like larger ag retailer already have.

"So, with the context of this, that shift of the ag retail power, we do think it's going to shift more toward that nexus point between product acquisition and the farmer," he said. "Putting the farmer really at the center of that data composition, that interaction with the retailer is going to become more prescient and more personal."

Despite new partnerships that could emerge, Taylor believes "brick-and-mortar" retailers should be in the better position to expand e-commerce type of platform. They are established, which puts them one step ahead of newer startup farm input businesses, he said.

The future of the farm input supply chain is both similar and different in Europe, according to Elizabeth Lunik, Rabobank farm input analyst for Europe and Africa.

On the retailer side, Lunik said European farmers lean toward relying more on cooperatives and the cooperative structure. These are run as traditional organizations that are more based on in-store interactions.

Western Europe has the same low numbers of farmers utilizing e-commerce for purchasing farm inputs as North American farmers. There is, however, a willingness to utilize e-commerce, she added.

Lunik said one recent trend is the emergence of independent retailers. These newcomers are riding the wave of digitalization and online marketplaces, to sell farm inputs.

"These cooperatives and independent retailers have sort of said we need to enter this game of offering a hybrid model, making sure there's a good online platform, a good app perhaps, to purchase farm inputs and an offering of not just farm input sales," Lunik said.

Consumers want to know more about what is happening on farms, what is in their food, etc., she said. One recent Rabobank research publication covering seven different regions said one emerging trend is farm input suppliers converting from just product providers to more of a "coaching" position.

Lunik said companies who supply farmers with farm inputs will need to decide where they will be in the evolution of the supply chain. Will they continue as sort of low-commodity providers of farm inputs, or will they position themselves as basically helping guide farmers on how to use their products?

"I think in Europe, it is a big challenge," she said. "Because what this means is this whole regulatory environment about stricter use means that we won't see volume increasing farm inputs usage."

Lunik said it boils down to companies will need better products or better services to bring the product to the farm. The need for competitively priced goods or services is also important, she added. 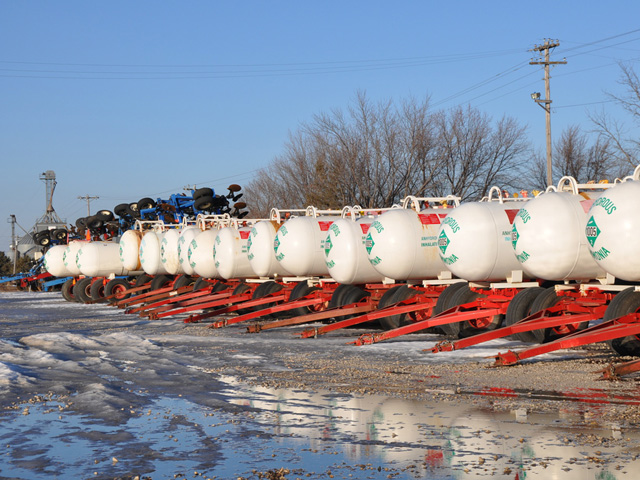