ROCKVILLE, Md. (DTN) -- In keeping with the theme of 2020, a lot of things went wrong with weed control this year.

Here's a breakdown of each of these weedy challenges, along with recommendations on how to make sure 2021 weed control goes more smoothly.

"We had over one million prevent plant acres in Indiana alone last year, so a lot of waterhemp went to seed," he noted. "If anyone doubted how much weed seed a waterhemp plant can produce, hopefully they understand now!"

In 2021, growers should target these heavily infested fields for extra management, including fall herbicide applications for winter annuals and full rates of overlapping residual herbicides for summer annuals, he said. In some cases, rotating from soybeans to corn might be best to rotate herbicide programs and more easily control herbicide-resistant broadleaves, he added.

Weeds with resistance to one or more herbicides were another common culprit in this year's weed control failures, said University of Tennessee Extension weed scientist Larry Steckel.

And although auxin resistance isn't confirmed in waterhemp populations yet in Indiana, these types of herbicides are becoming less effective in some fields there, Johnson said. "A number of universities are screening waterhemp for resistance to dicamba and 2,4-D," Johnson noted. "And we do have some populations where it takes higher rates of auxins to kill it."

Growers facing dicamba-resistant Palmer amaranth populations should also keep in mind that 2,4-D postemergence applications in the Enlist platform may not be any more efficacious, Steckel added.

"Our fieldwork suggests that these dicamba-resistant populations are also tolerant to 2,4-D and we're trying to confirm it in the greenhouse," he said.

3. METABOLIC RESISTANCE ON THE RISE

Another troubling development is the evolution of metabolic resistance in weeds, wherein weeds become capable of processing any kind of herbicide rapidly, thus dodging harm from it. The result is weeds that can survive multiple modes of action even before they encounter them in the field.

"I think we do have a little bit of metabolic resistance in Palmer amaranth in Tennessee that is cutting the shelf life of our residual herbicides," said Steckel.

If growers find themselves struggling to control weeds like waterhemp with both corn and soybean herbicides, they should consider the possibility that they have metabolic resistance in their fields, Johnson warned.

"We need to get people thinking seriously about adding another tool to their weed control toolbox," he warned. "Whether it's the cultivator or cover crops -- to name two common ones -- they need to think about this now."

Herbicides don't always mix well, as some growers are discovering in this era of multi-herbicide-tolerant crop systems.

Specifically, auxin herbicides such as dicamba and 2,4-D can antagonize other chemicals in a tank mix, especially glyphosate and clethodim, leading to reduced grass control.

Some 2020 weed control failures can be chalked up to plain old weather problems, both Steckel and Johnson said. Large swaths of the country saw unusually dry conditions in June, which compromised both preemergence and postemergence herbicide applications.

"Some preemergence herbicides never really got activated," Johnson explained. "And with the hot and dry weather later in June, the weeds that did come up were drought-stressed, so herbicide activity wasn't optimal."

On June 3, the U.S. Court of Appeals for the Ninth Circuit shocked the ag industry by vacating three over-the-top dicamba registrations in response to a lawsuit. Overnight, the legality of spraying dicamba was thrown into confusion, and it took five days for the EPA to issue a cancellation order permitting use of dicamba herbicides already in farmers' possession. (See more here: https://www.dtnpf.com/… and here: https://www.dtnpf.com/….)

"For folks who paid attention to the court order and quit spraying -- and I think more obeyed it than didn't -- they weren't able to clean their fields up," Johnson said.

The fate of those three dicamba herbicides (XtendiMax, Engenia and FeXapan), as well as another soon-to-expire dicamba registration, Tavium, is still uncertain, as EPA weighs new registration requests from the companies for 2021. See more here: https://www.dtnpf.com/….

Even if those herbicides get approved for use, farmers need to plan for the likelihood of continued state dicamba cutoff dates, which have been enacted in many states for multiple years, Johnson cautioned.

"Farmers need to face the reality of another year of dicamba restrictions," he said. "We got a lot of calls asking for Indiana to extend their 2020 cutoff date -- and it wasn't happening. Be prepared for next year." 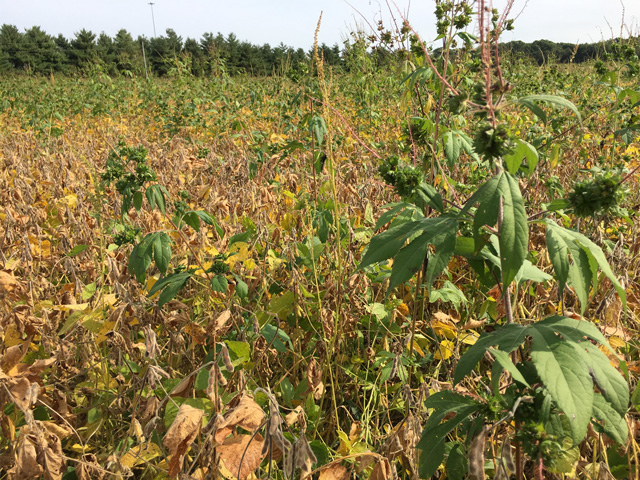