A panel of judges for the U.S. Court of Appeals for the Ninth Circuit ruled that EPA's approval of the use of XtendiMax, Engenia and FeXapan on an estimated 60 million acres of Xtend soybeans and cotton is vacated -- or ended -- effective immediately.

DTN is working to figure out how this ruling will affect farmers, applicators and dicamba registrants in the weeks to come. Here is what we know now.

Q: WHY DID THIS HAPPEN?

A: This ruling was the result of a lawsuit first filed in 2017 by a group of farm and environmental groups, which argued that EPA violated both its governing law (the Federal Insecticide, Fungicide and Rodenticide Act, FIFRA), and the Endangered Species Act when it registered XtendiMax. The case was re-filed in 2019 and expanded to include EPA's 2018 re-registration of three dicamba herbicides, Engenia, XtendiMax and FeXapan.

You can also view the hearing held by the Ninth Circuit's panel of judges on April 21 here: https://www.youtube.com/….

The judges did not rule on the lawsuit's Endangered Species Act claims. They only ruled that EPA violated FIFRA in multiple ways, largely by underestimating and understating the risks of dicamba herbicides used over a wide acreage, as well as ongoing off-target injury from 2016 through 2018.

Q: WHAT DICAMBA PRODUCTS ARE AFFECTED?

This ruling does NOT apply to Syngenta's over-the-top Tavium herbicide, which was not part of EPA's 2018 re-registration decision. Remember that Tavium can only be legally applied to soybeans through the V4 growth stage. Also, several states have dicamba spray cutoffs, which would still restrict the use of Tavium. See more here: https://www.dtnpf.com/….

And remember it remains illegal to spray any other dicamba herbicides over the top of Xtend soybeans and cotton.

Q: DOES THIS RULE APPLY TO ALL FARMERS AND RETAILERS?

A: Many of the plaintiff groups in the lawsuit are based in the western U.S., which is one reason why the case was filed in the Ninth Circuit Court in California. But the Ninth Circuit is a federal appeals court, and its order is vacating three federal pesticide labels, which means the order applies across the country, to all farmers and retailers in the U.S.

Q: IS IT NOW ILLEGAL TO SPRAY THESE THREE DICAMBA HERBICIDES ON XTEND CROPS?

A: Technically, yes. Within three minutes of issuing their ruling, the judges also issued a mandate rendering their ruling effective immediately as of June 3.

By vacating the registrations, the judges clearly instruct EPA that the use of these three dicamba herbicides on Xtend crops in 2020 must end immediately. In their ruling, they acknowledge the challenges this will pose to the industry.

"We are aware of the practical effects of our decision," they wrote, adding, "We acknowledge the difficulties these growers may have in finding effective and legal herbicides to protect their [dicamba-tolerant] crops if we grant vacatur. They have been placed in this situation through no fault of their own. However, the absence of substantial evidence to support the EPA's decision compels us to vacate the registrations."

Practically speaking, there remains confusion within the industry on if or how this court order will be enforced by state or federal pesticide regulators. EPA has not yet informed the states or registrants what legal steps the agency will take. On Friday evening, the agency issued a news release expressing disappointment with the ruling and stating that, "EPA is assessing all avenues to mitigate the impact of the Court's decision on farmers."

"EPA has been overwhelmed with letters and calls from farmers nationwide since the Court issued its opinion, and these testimonies cite the devastation of this decision on their crops and the threat to America's food supply," the agency also noted in the statement. See the news release here: https://www.epa.gov/….

You can find Bayer's current statement to its customers on the company website here: https://www.roundupreadyxtend.com/…

State regulators are also looking for these answers. At the moment, the Association of American Pesticide Control Officials (AAPCO) has reached out to EPA for clarity on the legality of spraying dicamba, AAPCO President Leo Reed told DTN.

In the meantime, states are announcing their own interpretations of the order, with varying conclusions.

-- The Alabama Department of Agriculture and Industries has stated that the products are still available for use in the state, pending more direction from EPA: http://agi.alabama.gov/….

-- The Illinois Department of Agriculture has interpreted the order to mean all sales and uses of these herbicides are halted: http://bulletin.ipm.illinois.edu/….

-- The Indiana Office of the State Chemist is also stating that sales and use can continue, based on the state's registration of these herbicides, until EPA says otherwise: https://www.oisc.purdue.edu/….

-- The Iowa Secretary of Agriculture Mike Naig has said sales and use may continue until EPA gives further instructions, which he specifically requests in a letter to the agency: https://iowaagriculture.gov/….

-- Kansas State University published an article stating that the Kansas Department of Agriculture believes that the products are still legal for use and sale in the state, despite the order: https://webapp.agron.ksu.edu/….

-- The Louisiana Department of Agriculture and Forestry issued a news release stating that the herbicides are available to sell or use in the state: http://www.ldaf.state.la.us/….

-- The Minnesota Department of Agriculture posted a statement saying the herbicides are banned from sale or use: https://www.mda.state.mn.us/….

-- The Missouri Department of Agriculture issued a news release stating that the herbicides are still available for use and sale in the state until EPA says otherwise: https://agriculture.mo.gov/….

-- The Nebraska Department of Agriculture has stated that the herbicides are still available in the state until the “legal process” surrounding the order is settled: https://nda.nebraska.gov/….

-- The North Dakota Department of Agriculture is now stating that its state registrations of these herbicides are not affected, and will remain legal for use and sales in the state: https://www.nd.gov/….

-- The South Dakota Department of Agriculture has issued a statement saying that until EPA says otherwise, these products are discontinued for sale and use in the state, per the court order: https://sdda.sd.gov/….

-- The Tennessee Department of Agriculture has stated that, absent an order from EPA, the products are still labeled for use in the state: https://www.tn.gov/….

-- Texas Agriculture Commissioner Sid Miller states that sales and use may continue and calls on EPA to allow existing stocks of the herbicides to be used: https://texasagriculture.gov/….

-- The Wisconsin Department of Agriculture has concluded for now that the order will not take effect in Wisconsin until EPA formally revokes the registrations itself: https://content.govdelivery.com/….

The plaintiffs who brought the lawsuit to the Ninth Circuit argue that these state actions are illegal. "The Court's decision could not be clearer," George Kimbrell, legal director for the Center for Food Safety, told DTN. "The three pesticide products are unlawful, their new use registrations null and void, and they are illegal to use over the top of cotton and soy. Any state interpretation contrary is flat wrong and contrary to law. And EPA's silence on that is a dereliction of duty on their part."

But EPA has other legal options, including appealing the court's decision to the next level of courts -- in this case, the U.S. Supreme Court. In theory, the agency could ask for a stay of the Ninth Circuit's order pending that appeal.

The agency could also ask the three judges who issued the ruling to review their ruling, or they could ask for an "en banc" session, where all the judges of the Ninth Circuit would hear and review the case.

For the time being, Bayer, which is listed as a defendant-intervenor in the case, does not appear poised to challenge the order, and has stated the company is waiting on direction from EPA. "Depending upon actions by the EPA and whether the ruling is successfully challenged, we will work quickly to minimize any impact on our customers this season," the company said in a statement.

BASF echoed that strategy, in a formal statement issued to DTN on Thursday, which called the court order "unprecedented" and said it "has the potential to be devastating to tens of thousands of farmers."

"We are currently reviewing the Order and are waiting on further direction from the U.S. EPA on actions they will take as a result of this Order," the statement concluded. "We will use all legal remedies available to challenge this Order. ..."

The order also throws the re-registration process of these three dicamba herbicides, which were set to expire in December 2020, into confusion. At the time the order was issued, EPA was actively gathering data to inform its re-registration decision.

Growers should keep in touch with their local retailers, and keep their eyes on our website, www.dtnpf.com, where we will post any new information from EPA, the dicamba registrants or state regulators. 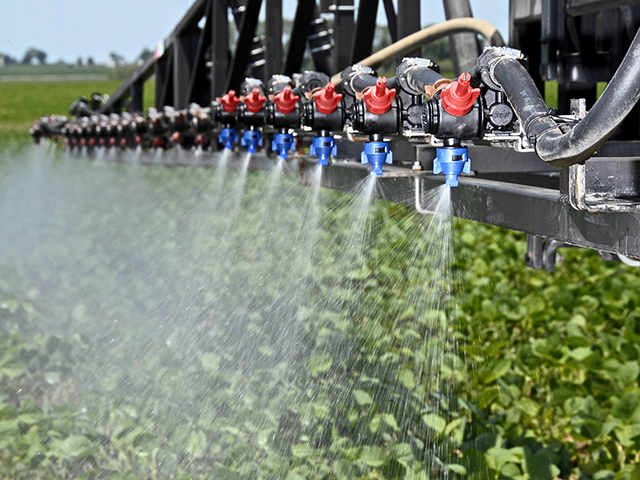