ROCKVILLE, Md. (DTN) -- Todd Hanten had his bean seed orders locked and loaded by the end of December -- a mix of dicamba-tolerant RR2 Xtend, conventional and high oleic soybeans.

Then the South Dakota farmer heard the news: The Enlist E3 soybean trait had gained long-awaited import approval from China, potentially freeing these beans up for commercial production. Since then, Hanten has been on the phone with every seed supplier he knows, trying to switch out as many of his orders as possible for Enlist beans, which can tolerate glyphosate, glufosinate and 2,4-D herbicides.

"We planted Enlist corn the first year it was available to grow," Hanten explained. "Ever since then, we've been waiting and hoping impatiently for the soybeans to be available."

Corteva Agriscience, the current owner of Enlist crop traits, is just as eager to get the soybean varieties into farmers' hands, said Mike Dillon, the company's global soybean portfolio leader. But the company is still waiting on one final import approval from the Republic of the Philippines, before they can fully commercialize the soybeans, which are in limited supply for now, he said.

"In the U.S., because it is still a stewarded trait, we are not anticipating wide-scale availability yet," Dillon told DTN. "If things change -- and the U.S. team will communicate that in coming weeks -- then it will be up to an individual farmer to go see a dealer or retailer and access it at that point."

Corteva is doing a full commercial launch of Enlist E3 soybeans in Canada for the 2019 season, however. The Philippines doesn't import a significant amount of soybean meal from Canada, which means the company is able to release the soybean trait there ahead of that particular import approval, Dillon said.

So far, Hanten has had mixed success finding Enlist E3 soybeans to plant. "The feedback I've been getting is that between the Philippines import approval and the government shutdown, some dealers are afraid it won't happen," he said. "But I have talked to a couple suppliers who think they will have some in time."

Even if the Philippine approval comes through in time for spring planting, U.S. growers should be aware that Enlist E3 soybeans would be available only in "introductory volumes," Dillon said.

The earlier that approval comes, the better, added Todd Burrus, of Burrus Seed Company in Illinois. "It's not a matter of how much seed is available as it is a logistics issue to get seed treated and moved to market when the approval comes," he said. "The earlier that happens in the season, the more seed supply is likely to be available."

To speed things up, Burrus said, his company is currently taking reservations to identify interested accounts. They will have five Enlist E3 varieties ranging from 2.5 to 3.9 relative maturity.

Stine Seed Company is also accepting customer reservations for planting Enlist E3 in the event final approvals are issued, said David Thompson, who oversees marketing and sales for Stine. "We are still hoping to get some into growers' hands for planting in 2019," he said.

Hanten, who has produced seed beans before, said he is exploring Enlist E3 seed production as a way to get the technology on his farm, if necessary. Thompson said this avenue is a viable one for interested growers.

"In the meantime, we are working hard to secure as many seed acres as we can," Thompson said. "Growers who choose to grow seed on contract for Stine can order and take delivery of Enlist E3 seedstock now."

While Corteva will mostly focus on demonstration plots and seed production of Enlist E3 in 2019, the company will be ready for a full commercial launch in the U.S. next year, Dillon said. "For 2020, customers will be able to access significant volumes of this trait from the vast majority of seed companies out there today," he said. Maturity ranges for Enlist E3 soybeans will range from Group 0 to Group 5, he added.

Enlist E3 soybean commercialization will be the final leg of the Enlist crop system. In 2018, Enlist cotton reached 1.5 million acres in the Cotton Belt, and Enlist cornfields could be found in Iowa, Kansas and southern Minnesota.

But while some farmers planted Enlist E3 in 2018 for seed production or under stewardship, the trait has a ways to go before it fully competes with dicamba-tolerant Xtend crops. Between cotton and soybeans, Xtend acreage is expected to top 60 million acres in 2019.

Dillon said Corteva, which sells both trait platforms, is confident in Enlist's ability to compete for soybean acreage in the coming years.

"At the end of the day, we're really excited about the Enlist E3 product, because we know it offers more modes of action than are available [in other platforms] right now, and we're comfortable with the herbicide's performance," he said. "And we can match that with good, strong genetics."

Many seed companies, including Burrus and Stine, are positioned in 2019 to sell both Xtend and Enlist crops, as well as other herbicide-tolerant technologies, such as Roundup Ready, Liberty Link and LL-GT27, a new soybean technology that tolerates glyphosate, glufosinate and ALITE 27, an HPPD herbicide not yet approved by the EPA. Non-GMO soybeans are also in the mix.

This newly complex herbicide-tolerant landscape is high on Hanten's mind as he hunts for soybean varieties next year. Soybeans are less sensitive to 2,4-D than dicamba, which could make Enlist E3 beans a popular option in the soybean-heavy acreage of the Midwest, after off-target dicamba injury caused problems in 2017 and 2018.

"It has been a problem trying to spray dicamba within the parameters of the label," Hanten said. "The windows of application are so tight and narrow, and we have had drift problems."

If he uses Enlist E3 beans, however, he will join the growing number of dicamba-sensitive soybean acres.

"The biggest problem I feel like I could have is if dicamba-tolerant beans are planted next to [Enlist], I will have drift," Hanten said. "But there's not much I can do about that."

Enlist crop production is not without its own drift issues, University of Tennessee weed scientist Larry Steckel added. Cotton fields are extremely sensitive to 2,4-D, and some Xtend cotton fields experienced drift injury from neighboring Enlist fields in Tennessee last year, he noted in a university blog.

"2019 applicators will have to do the best possible job applying herbicides to all these different trait platforms in soybean and cotton," he warned. "This will ultimately come down to them making good decisions. In many cases, the best decision will be to NOT spray either a dicamba or 2,4-D product if there are sensitive crops/vegetation nearby." 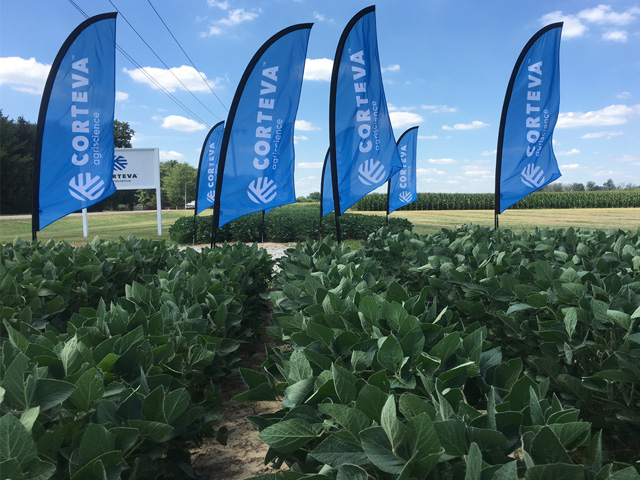