DECATUR, Illinois (DTN) -- Think of soybean cyst nematode (SCN) like blood pressure. Doctors take blood pressure readings and based on the numbers, decide if and how to manage the problem.

Similarly, The SCN Coalition, a diverse group of University researchers, Extension specialists and the agricultural industry, is urging farmers to take time to soil test for SCN. Armed with egg count numbers, you and your crop advisers can decide how to actively manage the pest.

There's still time to test this spring if you missed the window last fall, said Carl Bradley, University of Kentucky plant pathologist and leader of The SCN Coalition.

In general, if soybeans will be the next crop grown, he considers tests results below 2,000 eggs to be low, 2,001 to 12,000 eggs to be medium and egg counts above 12,000 to be high. "If corn, wheat or another non-host crop will be grown in 2019, your SCN numbers will drop, so the low/medium/high categories are higher," Bradley said.

The meaning of SCN test numbers can vary by state. Find state-specific advice and contacts at: www.thescncoalition.com

The good news is that no matter how high the SCN test numbers, there are several management tools available to protect future soybean yields. These include rotating SCN-resistant varieties and genetic sources of resistance, rotating to non-host crops and considering nematode-protectant seed treatments.

The bad news is multiple surveys across the soybean-producing region -- including Kentucky, Illinois, Indiana, Michigan, Minnesota, Missouri, Ohio, Ontario, South Dakota, Tennessee and Wisconsin -- show SCN populations increasingly able to feed and reproduce on varieties with PI 88788 source of resistance. PI 88788 is the resistance found in 95% of commercial soybean varieties.

Farmers who have been planting resistant varieties should not assume the practice has kept SCN egg counts low. In a news release from The SCN Coalition, Bradley noted that research shows that as SCN populations increase on PI 88788 varieties, yields can decrease by as much as 14 bushels per acre.

SCN's ability to overcome PI 88788 can also vary by state. In Missouri, 100% of SCN populations can reproduce on PI 88788, up from 52% in 1992, said Kaitlyn Bissonnette, University of Missouri plant pathologist.

"We also see as many as six generations of nematodes reproducing per growing season," she added. SCN counts can elevate quickly to yield-damaging levels. Drought, like the one experienced in Missouri last year, also increases nematode production.

To fight back, Bissonnette urges farmers in her state to soil test to know their numbers, use crop rotation, consider a nematode-protectant seed treatment, and rotate to other types of SCN resistance, such as Hartwig or Peking. Seed providers are bringing more alternative resistance sources to market but may still be hard to find.

"If you can't utilize difference resistance, at least use a different variety than you have planted in past. Rotate within the resistance source," she recommended.

Approximately a dozen states offer free diagnostic testing as part of The SCN Coalition's efforts. However, farmers are urged to check with their state soybean associations for details. 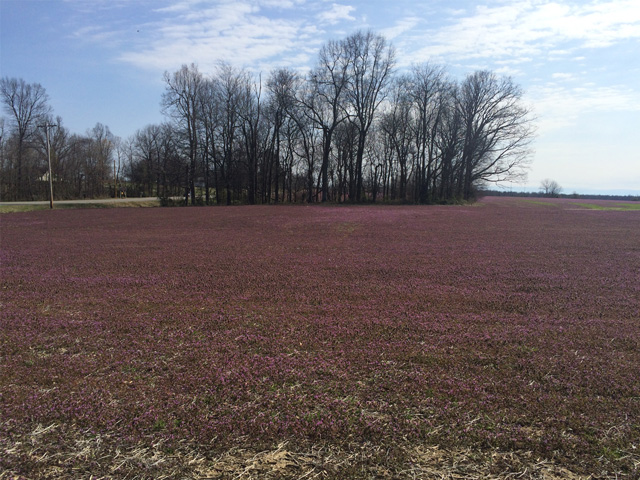