ROCKVILLE, Md. (DTN) -- A new snafu has emerged for the upcoming 2019 soybean spray season. Some farmers signed up to grow LibertyLink GT27 soybeans this year, with the knowledge that they could spray glyphosate as well as glufosinate over the top of the beans -- a first for the industry.

Now it appears that spraying some glyphosate products over LL GT27 soybeans could be technically illegal this year.

However, if a glyphosate herbicide label does not specify "Roundup Ready" soybeans on its label and only mentions "glyphosate-tolerant" or "glyphosate-resistant" soybeans, then that herbicide would be legal for use on LL GT27 soybeans.

As EPA put it to DTN in an emailed statement: "If the label states the product is for over-the-top use on glyphosate-resistant soybeans, it can be used on any soybean that has a glyphosate-resistant trait, including the LL GT27 trait. However, if the label states it is for use on specific traits by name and does not include the LL GT27 as one of those traits, then it could only be used on the traits specifically listed on the label and it would not be permissible to be used on LL GT27 soybeans."

This news could be a blow to LL GT27 growers, many of whom purchased these soybeans specifically to use both glufosinate and glyphosate herbicides in-season on their soybean fields. The LL GT27 soybean, which is a new acquisition for BASF, also tolerates ALITE 27, an HPPD herbicide not yet labeled for use by the EPA.

The issue of brand-specific label language is frustrating for both growers and companies, said David Thompson, national marketing and sales director for Stine Seed, which sells LL GT27 soybeans. "EPA has said they intend to be brand-agnostic when they handle herbicide labels, but they've clearly allowed a brand to permeate the entire labeling business," he told DTN.

"One thing we can all agree on is it's getting harder and harder to kill a weed in soybeans," he added. "We're in the business of offering growers more options. And now we're arguing over a technicality? No one is questioning that if you spray glyphosate over LL GT27 soybeans, that they're going to live. That's a non-issue."

Whether pesticide regulators will seriously monitor or enforce this type of herbicide use in 2019 is also uncertain. When queried by DTN on this topic, Bayer confirmed that "Roundup brand products are currently not approved for over-the-top use with GT27 crops," but added that "enforcement would be up to individual states."

For some states, this issue could be low priority, given the high number of dicamba injury claims that state regulators have dealt with recently.

"If this was a normal year, and we weren't a dicamba-response agency as we have been for the past two years, this is something we might monitor," said Dave Scott, pesticide program administrator with the Office of Indiana State Chemist. "We wouldn't enjoy doing it, because it's about protecting someone's brand, not an environmental issue -- but the label says what the label says," he added.

Brett Gates, deputy communication director for the Ohio Department of Agriculture told DTN the agency was still working with EPA to clarify which glyphosate labels registered in the state are legal for use on LL GT27 soybeans. As for enforcement, the ODA's Pesticide and Fertilizer Regulation Program will treat this issue like any other label violation, he said. "If we get a complaint on this, we will follow up on it," he said. "So we encourage applicators who have any questions about a product to contact us first."

As for Stine Seed, the company will work with its growers to let them know which glyphosate herbicides it believes are legal to apply to LL GT27 and which ones to avoid in 2019, Thompson said.

For more detail on how this label problem came about, and which glyphosate labels might be illegal to use on LL GT27 soybeans, see Loux's article from Ohio State University here: https://agcrops.osu.edu/… 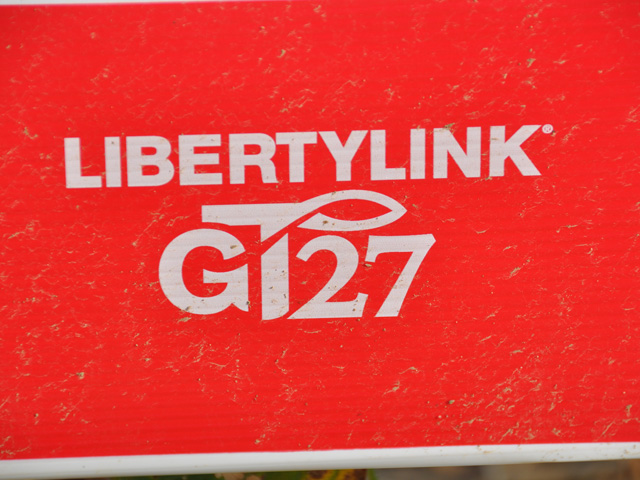