All but one of the eight major fertilizers were higher although only two were higher by any considerable amount. UAN28 was 8% higher compared to a month earlier while UAN32 was 6% more expensive. UAN28 had an average price of $236/ton while UAN32 was at $270/ton.

One lone fertilizer is slightly lower, but this move to the low side was not that notable. DAP had an average price of $430/ton.

While retail fertilizer prices may not be as low as they were a few weeks ago, they are still relatively low in the big picture view and university crop budgets continue to reflect this fact.

In a post from the Agricultural Economic Insights' Blog titled "Why Soybean Acres Aren't a Clear Winner in 2017" from Feb. 6 and written by David Widmar and Brent Gloy, the ag economists take a look at the different crop budgets from across the Corn Belt. They used crop budgets for the 2017 growing season for corn and soybeans from Iowa State University, the University of Illinois and Purdue University.

The changes in the cost of seed, fertilizer and crop protection from 2016 compared to 2013 are broken down in the post. Scroll down to find the link to this post.

"While fertilizer expenses have changed in all budgets -- as one would expect given declining fertilizer prices -- changes in seed and crop protection have also been impactful," the report said.

While some may believe soybeans would hold a clear economic advantage in the 2017 growing season over corn production, the university crop budgets were not consistent with the assessments of which crop would fare better economically. The Purdue and Illinois crop budgets favored soybeans in 2017, while the Iowa State crop budget favored corn.

Differences in the crop budgets are not uncommon, the report said. It happened in 2014 when the Purdue budgets favored soybeans while Iowa State and Illinois both stated corn would be more profitable.

"When evaluating seed, fertilizer and crop protection expenses across the three university budgets, the adjustments were not consistent," the report stated. "Inconsistencies in production costs adjustments are also likely common across farms too."

Retail fertilizers are lower compared to a year earlier. All fertilizers but one are now double-digits lower. 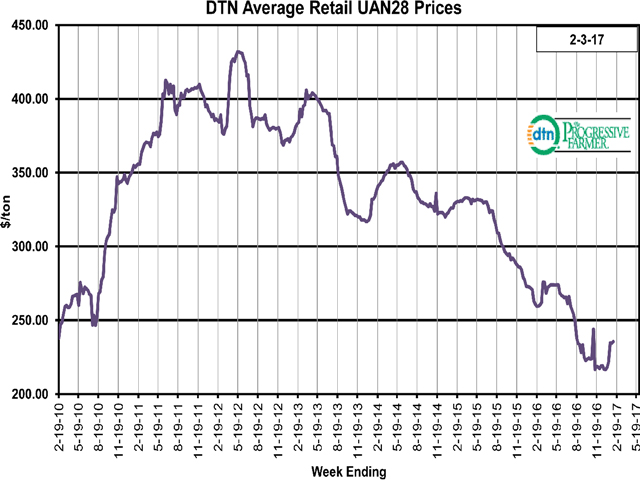