When I was kid, I really didn't mind going to school. I know many of the kids (specifically the boys) I went to school with did not like it, but I really did enjoy learning new things, especially in history class.

Math class, on the other hand -- well, not so much.

Even today, well past my school days, I do still enjoy learning new tidbits of knowledge. This goes for vintage iron as well; I learned a couple interesting things recently.

My colleague, DTN Ag Meteorologist Emeritus Bryce Anderson, sent me a photo of a vintage tractor parked outside of his local grocery store. While it was not exactly clear why the tractor was there, it certainly was an interesting machine.

From a distance it appears to be Cockshutt 30. Cockshutt was a Canadian farm equipment company based in Brantford, Ontario.

Cockshutt tractors are not the most common tractors, but over the years I have seen a few, mainly from attending tractor shows and pulls.

I have also seen Co-op tractors, mainly the E-3 which was the same thing as the Cockshutt 30, but painted orange. The company wanted to sell its equipment in the United States after World War II, but didn't have a sales force, so the company made an agreement with National Farm Machinery Cooperative (NFMC) to sell the tractor as the rebranded Co-op tractors.

Anyway, this tractor at Bryce' grocery store looked like a regular, fully restored Cockshutt 30 tractor until you read the side of the hood. The words "Gambles Farmcrest" were where "Cockshutt" should have been.

I had never seen one labeled as a Gambles Farmcrest before. And to be honest, I didn't even know they had an agreement to sell their tractors at the long-gone farm store and have them rebranded as Gambles Farmcrest.

I looked up Gambles Farmcrest on the internet and found out from some chatrooms (take this information as you wish) that this agreement was only in place for three years in the late 1940s. Someone on one site thought the years were '47, '48 and '49.

Obviously, Gambles Farmcrest 30 tractors must be rare. Maybe that's the real reason why it was in front of a local grocery store.

The second item I learned recently involved John Deere two-cylinder tractors, something I do have some knowledge about.

As with most vintage tractors, there are many variants of the same model available for farmers to buy. More recently, with COVID-19, variants have a different connotation -- but we are talking farm machinery now.

Tractors could come in row-crop (narrow front), standard (wide-front), industrial, orchard, etc. Some manufacturers had even more versions of their tractors than these four obvious ones.

Take International Harvest Company (IHC), for instance. With the Farmall tractors, they had M and M-D (diesel) and then later with the Super series they had Super M, Super M-D and even the Super M-Torque Amplifier (TA).

At a local antique tractor pull I attended recently, there was a John Deere 60 tractor pulling. It was a standard version, which I have seen before, but the owner also called it a "low seat" variant.

I had never heard this phrase referred to this model of tractor before. We have both a 50 and 60 (both row-crop versions) so I'm somewhat knowledgeable about the John Deere number series.

Another search of the internet yielded my answer. There were two versions of the 60 standard tractor.

I was not surprised to not know about the Cockshutt 30 and the Gambles Farmcrest version, but I was a bit astounded to learn about 60 standard low and high seat variants. I don't know everything about the John Deere two-cylinder tractors, but I know a few things.

What did you learn about your favorite model of vintage tractor which you didn't know before? If you want to share with me your story (and any pictures), please contact me and we will run these interesting tidbits of knowledge in future columns.

I am interested in seeing what we can all learn. Hopefully it doesn't involve any math. 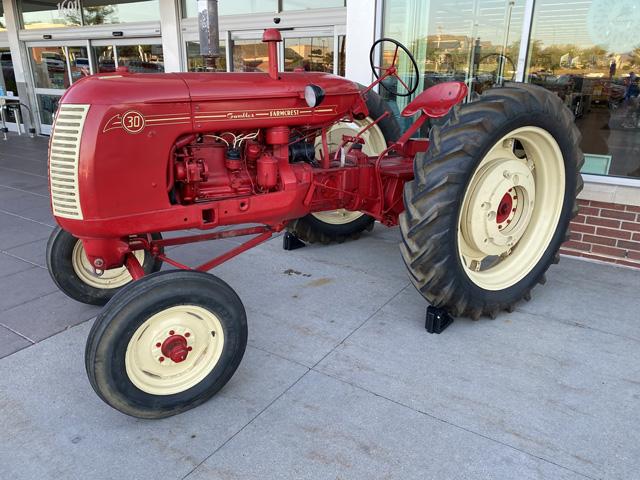