One trait I always admired in people I have known in my life is a strong work ethic. I know other careers have dedicated workers but having known farmers who worked late into their lives, this was always something that impressed me.

Descended from several generations of dairy farmers, I guess I come by this love of work naturally. I suppose maybe this is why I'm an ag writer AND a farmer.

I have quite a few examples of hard workers in my own family alone. Among them was my Uncle Dennis Plambeck. He married my dad's oldest sister, Anna Marie, in 1960 and they went on to have four children and seven grandchildren.

His family's farm was only about six miles southeast of my grandparents' farm. Dennis and anna Marie built a house on the farm near his parents and farmed for many years while he and his brother also operated a plumbing business.

I believe his father, Joe, farmed with an old grey Ferguson tractor, a John Deere 60 (which his great-grandson found and purchased recently) and later a 730. I can remember Dennis farming in the 1980s with 4010 and a 4230.

He retired from farming in the early 1990s and their farm was developed at about that same time. Those familiar with the Omaha area might know of Millard West High School, which was built on their farm.

I didn't even remember him actually retired for that one day. When I built my house on our farm which was also in 2003, he and my cousin did all the plumbing work for me.

He continued to work until he was 76 years old. He only stopped because he physically could no longer work and would have worked until the day he died if he could have.

It is interesting your perception of people in your life as a kid compared to being an adult.

When I was kid, I was completely intimidated by Dennis for some reason. I really don't understand why, since he was as nice as he could be to me.

He used to get Omaha Royals (then the Triple-A affiliate of the Kansas City Royals; now called the Omaha Storm Chasers) baseball tickets through his plumbing business, and we would often go to games with them. There were lots of trips to historic Rosenblatt Stadium in South Omaha.

Visiting relatives in the Chicago area one Easter in the early 1990s, Dennis, my dad, my cousin Matt and I all attended a Chicago White Sox-Texas Rangers baseball game at the new Comiskey Park. Needless to say, that was an eye-opening trip for this naive Nebraska kid to go to the south side of Chicago.

Once I became an adult I always enjoyed sitting and talking with Dennis as we had common likes, between Royals baseball and farming. He would always ask what we were doing on the farm whenever we would see him.

Dennis and Anna Marie were a host couple when my wife and I got married in April of 2008. We certainly appreciated all their help cleaning up the Fremont (Nebraska) Auditorium late that particular night.

I hadn't seen them much in recent years. I have a young family with lots of different school and sporting events.

My aunt and uncle had to live in assisted living and later in skilled nursing care during the last four years. As we all know, the COVID-19 pandemic really limited who could visit these places.

Dennis passed away on Oct. 2 at the age of 84. At the funeral mass, the priest talked about how Dennis worked so hard in life, at both the plumbing business and farming. I thought that a very fitting tribute.

As he talked about this, I thought back to 2003 when I built my house. I broke both my wrists later that summer (it's a long story involving a broken ladder) and I had to move temporarily back in with my parents until I could function again.

Dennis came to their house, got me a couple times, drove us the 28 miles up to my farm, and he did chores while I stood there and supervised. Other than my dad stopping to do chores, no one else did this.

A number of weeks later, I was back at my house and things returned to normal. But I never forgot this act of kindness, which of course involved chores.

We will all miss my Uncle Dennis very much. 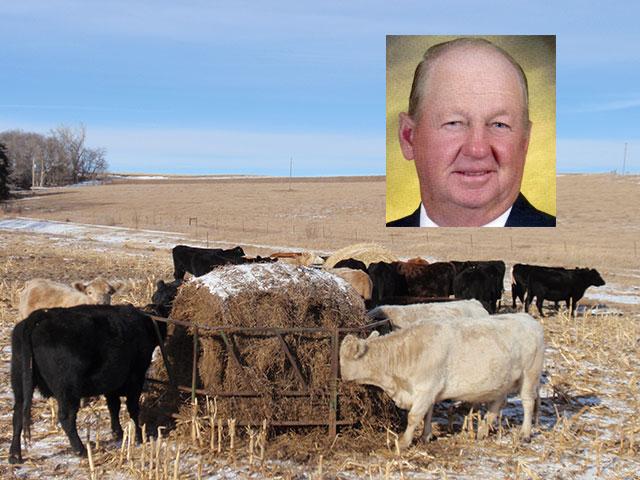