In a recent article, I suggested that land was a special part of a farm or ranch family's legacy. Land provides multiple benefits to families, communities and societies, it connects people to one another, and it offers a sense of history through stories and experiences anchored in a particular place. In so many ways, land can be a blessing.

However, I want to also acknowledge a different, perhaps darker side of the relationship to land. For some members, the family property is associated with negative experiences that cause land ownership to be seen as less of a blessing and more of a curse. Consider how the following examples may cause a family member to see their ownership in a different light.

In Anna Karenina, Leo Tolstoy points out that "Happy families are all alike; every unhappy family is unhappy in its own way." In short, there are many factors that can contribute to a difficult family life. One of those is a history of physical, sexual, verbal or emotional abuse. For the abused, such acts are often associated with a place, and for those who grew up on farms, the land is often a poignant and continual reminder of the difficulties of family life.

Depending on one's entry into the cyclical business of farming and ranching, the macroeconomic climate, political factors and weather patterns, a farmer or rancher's financial trajectory might be influenced for a decade or more. Plenty of people struggled in the Farm Crisis of the 1980s due to factors outside of their control. Others struggled in the 1930s with the Depression and Dust Bowl. For some people, ownership of the land is associated primarily with a struggle for economic survival. The land is seen not as an asset, but as a liability, a chain or binding preventing the pursuit of a happier, less-stressful life.

Reading about the pioneers, one is often reminded of the sheer isolation found in rural America in the country's early days. Mental illness and depression were familiar themes. And while most rural areas today seem less physically isolated due to modern transportation and communication technology, the proximity to neighbors, the severity of natural elements, the (at times) negative rural community dynamics and the shortage of mental health care workers have an impact on the mental health of rural residents.

My observations are anecdotal, but just in the rural communities and family businesses I know, the number of family members suffering from a mental health disorder is significant. The land, then, can become a symbol of individual or community dysfunction, an icon of anguish -- often internalized -- for those who remain or who are called back to deal with the land.

For families who own land for generations, perhaps the most damaging aspect is the role land plays in conflicts between family members. We all know families torn apart by distributions of land that were perceived as unequal. Or that a particular family member received the home place to the exclusion of her siblings, or how a family member who received land but was neglectful in his care of it -- these are the issues that destroy relationships. Whether the conflict is actually rooted in the land (versus, for example, sibling rivalry or parental favor) the conflict manifests in and around land, its ownership and stewardship. I often find those who want nothing to do with the family conflict incited by land are often the first to sell at whatever price most quickly accomplishes the divestiture.

In today's era of high (albeit decreasing) land values, and in light of land's vaunted status as an asset of which "they aren't making any more," it's easy to get caught up in the many virtues of land ownership. But for a substantial number of people, it's not just about the economics. The land represents something dark or destructive in their past. It's a hindrance to a better future. For some, it prevents the healing of a family relationship. To appreciate the full spectrum of a legacy rooted in land, then, one must also confront the ways in which land has been both a blessing and a curse.

EDITOR'S NOTE: Lance Woodbury writes family business columns for both DTN and our sister magazine, "The Progressive Farmer." He is a Garden City, Kansas, author, consultant and professional mediator with more than 20 years' experience specializing in agriculture and closely-held businesses. Email questions for this column to Lance@agprogress.com. See Lance's related comments on this topic at our recent Minding Ag's Business blog https://www.dtnpf.com/… 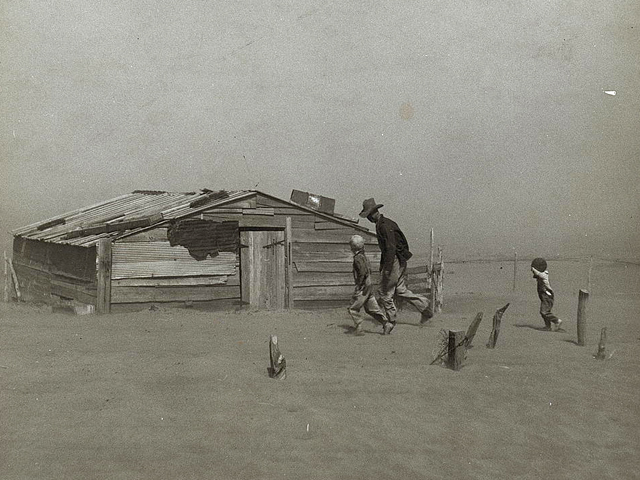