At the U.S. Soy Global Trade Exchange and Specialty Grains Conference, held Aug. 25-26, about 300 people attended in person in St. Louis, Missouri, and another 900 joined online from 59 countries. Global demand for U.S. soybeans, demand for Identity Preserved soybeans and specialty grains were featured discussions at the conference. In addition, higher shipping costs and continued poor performance for ag container shippers and other related problems were highlighted in various sessions as well.

During the session, a summary of the container crisis, going back to its beginning, was presented.

-- First half 2020: Cancelled sailings by ocean carriers due to COVID economy, booking and transit time challenges.

An excerpt from Gene Seroka, executive director of the Port of Los Angeles (POLA), during a news conference on Aug. 17, 2021, was presented during the session, noting that, in July of 2021, POLA saw the lowest number of exports from U.S.'s largest container port since 2005, while the ratio of U.S. imports to exports at POLA grew 5 to 1. Yet ocean carriers shipped a record number of empty containers back to Asia; 331,000 TEUs (20-foot equivalent unit), up 20.4% from previous year.

Empty container exports are now 3 to 1 over loaded exports from POLA. "The largest export commodity now going out of LA is air," said Seroka.

SSGA noted on their website that, on Jan. 25, CNBC reported empty containers were going back to China amid the critical shortage of containers in Asia, causing major delays and driving up shipping costs. "Import companies were waiting weeks to see their goods made in China or other Asian countries finally make a vessel headed to the U.S. Then, they had to pay premium rates and, more likely than not, await delays for unloading at the destination port -- particularly if the port was Los Angeles or Long Beach," noted SSGA in a Jan. 26 story on their website.

It was at that time the Federal Maritime Commission (FMC) launched an investigation into the matter, reviewing the trade data to see if carriers refusing U.S. export cargo was a violation of the Shipping Act. The Shipping Act specifically codifies the requirements to provide common carriage and ensure shipper access to ocean transportation in section 41104(a)(10): common carriers may not "unreasonably refuse to deal or negotiate," as well as prohibitions against concerted actions in section 41105: two or more common carriers may not "boycott or take any other concerted action resulting in an unreasonable refusal to deal or engage in conduct that unreasonably restricts the use of intermodal services or technological innovations."

During the SSGA breakout session on Aug. 25, Commissioner Bentzel pointed out that key functions of the FMC are to regulate ocean borne transportation in the foreign commerce, oversee limited antitrust regime, investigate and rule on complaints, help resolve disputes and be the international trade authority to combat unfair shipping practices of foreign nations.

Bentzel also said during the evening session that, in his view, the supply chain hasn't been this congested since World War II.

The Ocean Shipping Reform Act would provide new authority to the FMC to address unjust and unreasonable practices by ocean carriers. It would institute new penalties against ocean carriers and marine terminal operators for violations of the Shipping Act, require expanded public disclosure from the FMC and carriers, and establish a series of new regulations against unfair carrier practices.

It's time to fix this mess and, hopefully, the latest legislation provides results at ending the suffering U.S. container shippers are enduring. 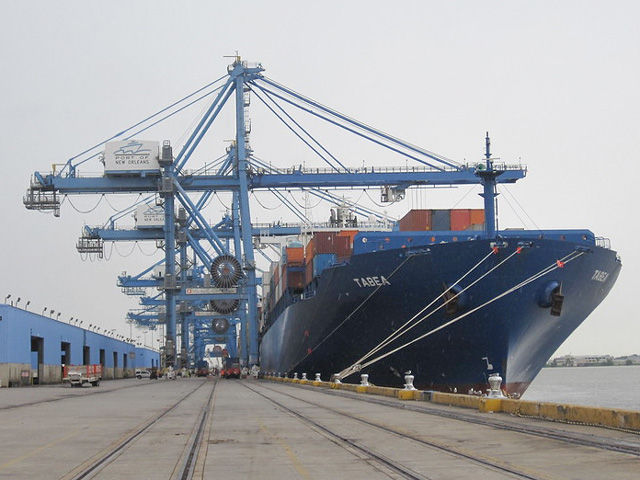