OMAHA (DTN) -- A Louisiana congressman who serves on the House Agriculture Committee wants to change the way soybean farmers are paid under USDA's trade-aid program.

Rep. Ralph Abraham, a Republican who represents most of eastern Louisiana bordering Mississippi and Arkansas, introduced a bill to adjust how USDA pays out for the Market Facilitation Program, because many farmers in his state either have nowhere to take their soybeans or have not harvested them at all, Abraham stated in a news release.

The Market Facilitation Program (MFP) was created over the summer largely in response to trade tensions with China that have shut off exports for most agricultural products to the country. The program pays, though, based on reported production after harvest. This has already been raised as a problem for farmers who either saw dramatic yield loss because of drought, such as in Missouri this year, or saw crops in the field get wiped out, such as Southern cotton producers hit by Hurricane Michael in October.

Abraham said storage elevators right now in Louisiana are full of out-of-state soybeans because of shipments that have come downriver. That has left farmers in his state effectively with no place to take their harvest. Abraham indicated that, in some cases, farmers have left soybeans in the field to die because they don't have a place to put them.

"Louisiana soybean farmers cannot be left out of the MFP. The problem they are facing is not of their making, and they should not be forced to bear the heaviest burden caused by market disruptions," Abraham said. "The USDA told our soybean farmers that it would have their backs during these trade negotiations, and this bill ensures that the USDA will be able to honor that commitment. Congress should do the right thing by these hard-working farmers and pass this bill."

Abraham's bill would change the MFP to allow payments based on planted acres instead of harvested acres in some circumstances.

A spokesman for Abraham said the congressman was looking at any legislation he could attach the bill to during the final weeks of the lame-duck session.

Abraham isn't the only one looking for changes in the MFP. Last week, the National Corn Growers Association sent a letter to Agriculture Secretary Sonny Perdue seeking changes after the initial payments calculated for corn growers amounted to 1 cent a bushel. NCGA calculated trade disruption translated into price declines closer to 44 cents a bushel.

In the letter, NCGA asked Perdue to factor in lost exports for ethanol and distillers dried grain with solubles, stating those losses amount to $254 million in lower exports and prices as well.

As of a week ago, USDA had paid out nearly $1.3 billion under the program.

USDA officials have said the department is expected to announce the second tranche of payments to farmers under the MFP on or around Dec. 3. 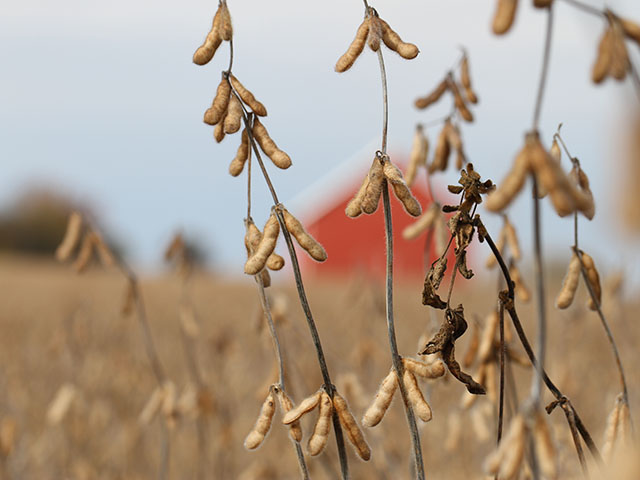