The end of March and end of June USDA reports have reputations for big price moves and volatility. We got some big price volatility right after the Planting Intentions and Grain Stocks reports came out on Tuesday, March 31, but the corn market didn't deliver the big change by the end of the day. That's because we're dealing with two totally different data sets and fading them in opposite directions.

Allow me to elucidate.

The March 31 Planting Intentions report is Exhibit A. It was bearish on the surface, with USDA finding producer intent to plant 96.99 million corn acres (ma) in 2020. This was based on a survey of 79,983 producers between Feb. 28 and March 18. With the average trade estimate for the report at 94.3 ma, this would have to be considered a bearish number, particularly if the U.S. sees trend-line corn yield in 2020. December futures dropped as low as $3.53 1/4 in the minutes after the report was released, but were back to $3.575 at the close.

One obvious reason for fading the number is that the data is a couple of weeks old and the situation has changed. We're not talking about COVID-19 here, although that is clearly an influence. We're talking about the soy/corn ratio. It had been running 2.38:1 back when the surveys were being taken. Anything above 2.3:1 tends to draw some bean acres away from corn, but at that level the effect is minimal. In the past two weeks, however, December corn futures prices have moved to new life of contract lows, while new-crop November soybeans have rallied more than 40 cents from their mid-March low. That shift makes soybeans look more attractive vis-a-vis corn, and we're hearing reports from producers shifting a pivot here or a quarter section there to soybeans. The market doesn't currently believe that 97 ma will be planted to corn in the U.S., at least not without some cash incentive.

The Grain Stocks report is Exhibit B in our fading discussion. The National Agricultural Statistics Service (NASS) report showed 7.953 billion bushels (bb) of corn in bins across the country on March 1. That was down 7.7% from last year, and partially expected. The trade average estimate going into the report was 8.1 bb versus 8.613 bb a year ago. To some degree, if you start off small you stay small. Dec. 1 stocks were a revised 11.402 bb and down 535 million bushels (mb) from year ago. The new 7.953 bb figure is 660 mb smaller than March 2019. On paper, that's bullish. However, that number was also faded because of ethanol. A number of U.S. ethanol plants have been idled due to negative profit margins. Gasoline and ethanol stocks have built up and miles driven are way down as shelter at home and other coronavirus restrictions are eating into demand.

Some of the plants are on maintenance programs and could be brought back up in a couple of weeks if DDG demand firms further or ethanol stocks shrink. Others will be "not using" corn for an indeterminate period. Thus, we might have tight corn stocks now, but bears can see a big drop in corn use for the March-May quarter. Thus, the fade.

How did March 1 corn stocks get that low? It wasn't exports; they didn't pick up until we got into March. NASS will have to show increased feed and residual use in the April World Agricultural Supply and Demand Estimates (WASDE) report to account for the shortfall. Various theories exist, mostly tied to either light test weight (yielding fewer official 56# bushels after the grain crosses the scale) or plain old field loss in northern cornfields not harvested until March. Standing corn was counted as field stored by NASS in the January crop production report because you had to put it somewhere.

You will hear theories about feeding more light corn to livestock or to the ethanol plant, but those are just different sides of the same 56# standard for converting volume to weight. We would not be surprised at all to see additional residual use or yield reduction in the June Grain Stocks report as more of the crop goes to town. Whether it is a surprise to the market depends on whether that notion is built into trade estimates ahead of time.

Speaking of moving to town, it was very interesting that only 4.454 bb were still on-farm on March 1. That was down 13.2% from last year. The off-farm stocks were up 0.5%. For all the talk of reduced farmer selling, a lot of the grain has already moved to town.

So, the market faded both the bearish acreage number and the bullish stocks number. What next? Aside from COVID-19 concerns, we start to trade planting weather a bit. Will those acres actually be planted? That was a real problem in 2020, and you can expect some to be fighting the last war in terms of the news focus.

How well does the Planting Intentions report signal final planted acreage? Keep in mind that the report exists to warn you when everyone is on the same side of the boat. You would expect some shifting. USDA does give us a public track record for this one. These numbers are excerpted from page 33 of the Planting Intentions report and answer the question, "how reliable have the planting intentions numbers been over the past 20 years?"

If you have follow-up questions, we'd be happy to hear from you! 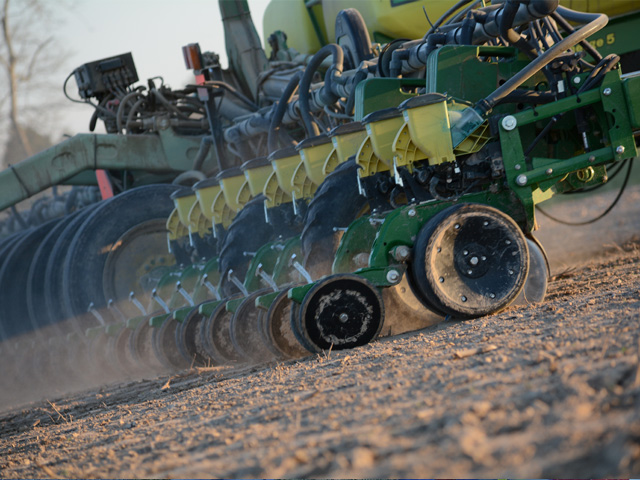