As the new year dawns and a new decade with it, farmers and ranchers naturally wonder what the next 10 years might bring. Will the '20s be the decade when new, high-tech plant-based competitors do to real meat what almond and oat substitutes have done to milk?

According to the magazine Fast Company, researchers at RethinkX, a think tank, are predicting that and more. RethinkX thinks "we are on the cusp of the fastest, deepest, most consequential disruption" of agriculture in history, with the entire U.S. dairy and cattle industry collapsing by 2030.

Is that really possible?

Today plant-based competitors claim a mere 1% of the meat market, but they're growing rapidly from that small base while real meat is hardly growing. (https://www.wsj.com/…)Some analysts calculate that McDonald's, which is testing in Canada a Beyond Meat product it calls a Plant.Lettuce.Tomato, could sell 250 million of them a year if the fast-food giant brought the PLT to the U.S. (https://www.restaurantdive.com/…)

These predictions don't assume Americans will convert en masse to vegetarianism. To be sure, the plant-based competitors aim to win over carnivores. They've designed their high-tech products to mimic real meat's taste and mouth feel for just that reason. But just because carnivores order an Impossible Burger at Burger King or a PLT at McDonald's doesn't mean they'll be giving up meat. Most will just be eating less of it.

In my view, RethinkX's prediction of meat industry "collapse" is overblown. Still, a further reduction in meat consumption will certainly hurt the livestock industry. Plant-based substitutes have only taken 13% of the milk market, but that 13% has hastened the demise of many a dairy farm. (https://vegconomist.com/…)

Fearing a similar fate, cattlemen are fighting back hard. Their early efforts were aimed at enacting state laws regulating what plant-based competitors could be called. This, as I've written repeatedly, is a fool's errand; if consumers want these products, and some do, a labeling change won't deter them.

Now cattlemen are taking sharper aim. One of plant's selling points is the perception that it's better for you. That perception has always been open to question; the nutritional profiles of real burgers and their high-tech competitors are roughly similar. (https://www.consumerreports.org/…)Going a step further, the cattlemen are now making the clever argument that consumers should be wary of the competitors because they're "processed."

Processed foods with long lists of ingredients are a key no-no for a certain class of consumer, which has a lot of overlap with the class that will be tempted to order the plant competitor. This argument has real potential to slow plant's growth. In a post last year, I noted a related conflict that some consumers will face -- that the Impossible products, whose taste is closest to real meat, are made with a genetically engineered ingredient (https://www.dtnpf.com/…).Will consumers prefer the tastier alternative or the non-GMO one?

Where the cattlemen have yet to mount an attack is on what is perhaps the plant-based products' most important selling point -- that compared to real meat, they're good for the environment. That's significant, because the reason a great many carnivores are choosing Impossible and Beyond is the desire to save the planet.

To win these consumers back, the cattle guys need to convince them that real meat is environmentally friendly. Maybe it is; that's certainly what people in the meat business tell each other. But it's interesting that the cattle interests haven't made their environmental case to the general public. You have to wonder if they fear they'd lose the argument.

Beyond the debates over nutrition and taste and their impact on consumer demand, the future of plant-based meat will also hang on supply questions. Would McDonald's supplier Beyond Meat really be able to produce 250 million PLTs a year? Both Beyond and Impossible have already had problems meeting demand, and scaling up production will require big capital investments.

A final consideration: We can't call the '20s the decade of the plant if the plant is a one-trick pony -- if all we're talking about is burgers. Burgers are important, to be sure. But for this to be the decade of high-tech plant substitutes they must be made to taste like real beef steaks, pork sausages and chicken, too.

The plant-based companies are working on this. The jury is still out on how successful they'll be. Farmers and ranchers will be paying close attention to the jury's deliberations. Agriculture will have some big changes to make if the '20s become the decade of the plant. 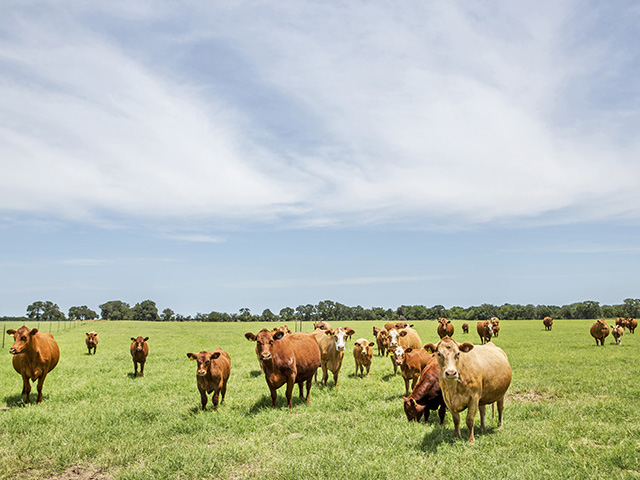