It was nearing 10 p.m., on one of the more desolate sections of I-29 outside of Omaha, when I detected the combination of a slight grinding noise and the tiniest of new vibrations coming through the steering wheel of my mature F350 pickup.

I thumbed the driver's window button and switched off the key to silence the turbocharger, which was howling its battle cry against both a wicked headwind and the trailer load we were pulling. The blast of January air that filled the cab carried a cyclical "growl, growl, growl" noise from the driver's side front wheel.

A multi-syllabic invective slipped from my lips as I refired the engine and weighed the options of a long night on a cold highway or the potential damage if we trudged on.

My co-pilot, known for her joy in stating the obvious, added "I bet that's not going to fix itself."

Indeed. Squeaky wheels, or axle bearings in this case, rarely fix themselves. They're usually the gift of neglect, of ignoring the old saying that they should "get the grease." In my case, that neglect was a failure to keep up with Ford Motor Company's recommended axle maintenance on a pickup infamous for front-end issues.

It was a lesson relearned. And it's a lesson this country, and the agricultural industry in particular, are relearning in some painful ways as well.

Societal tensions, as we've seen in cities large and small recently, don't get better without steady maintenance and improvement. They may squeak on occasion, but too often to deaf ears. So they fester, waiting for what is never an opportune time to flare up and demand our attention in ways that are rarely pleasant, and often painful. Case in point: Having full-on riots in the middle of a pandemic.

We've seen a similar situation around the recent Ninth Circuit Court decision cancelling labels of certain dicamba products. How could this happen, many asked, right in the middle of the post-emergent spraying season? Some folks in high corporate places even claimed they didn't know a court case was going on.

How could one be surprised? This particular squeaky bearing has been making itself quite well-known for several seasons. That most of the ag industry decided to roll up the window, crank up the stereo and put toe to the "go" pedal did little to address the underlying problem of an herbicide that won't stay put.

The suit's plaintiffs had a pivotal point: Dicamba moves off target, that movement has negative environmental consequences, and the Environmental Protection Agency -- if true to its regulations as well as to its name -- shouldn't continue to allow those consequences to occur. As is now well known, the judges agreed.

The only real surprise in any of this was that the Ninth Circuit judges, while vacating the dicamba registrations effective immediately, couldn't find a legal reason to stop the EPA precedent of allowing applications of "existing stocks" of the herbicide this season. That was a welcome twist for anyone who'd paid for the seed and herbicide package and was staring at an infestation of troublesome weeds in soybean and cotton fields.

The latest on all that, from DTN Staff Reporter Emily Unglesbee, can be found here:

A somewhat related squeaky wheel has been belatedly attended to in Bayer's decision to a settlement process for the multitude of lawsuits around glyphosate's alleged ties to cancer.

As the Wall Street Journal's Editorial Board opined Monday, the $9.6 billion settlement Bayer announced was "a shakedown for the history books." While many will agree with the Journal that the need for a settlement in this situation is unfortunate, if not unfair, that Bayer has been backed into this corner could be seen as little surprise.

Glyphosate's foes have been pressing the cancer issue for more than a decade, usually relying on a series of research findings which have been repeatedly debunked by most rational pesticide experts.

The debunking couldn't overcome a jury's natural wont to help aggrieved individuals reach into deep corporate pockets. That glyphosate has become so widely and heavily used -- to the point of becoming ineffective against many weeds -- certainly didn't help the defense.

What Bayer has also offered to do -- which original glyphosate king Monsanto never seemed to have an interest in -- is pay for research specifically aimed at those questionable "research" findings. Those of us who've covered the herbicide business have often wondered why this dollop of grease hasn't been applied sooner: Why let half-baked research stand and just poke holes at the methods? Most average citizens, who, you know, may end up in a jury box one day, just see that as "he said, she said" and too often come away thinking there could be something to the results.

Why not, especially with a product as valuable as glyphosate, replicate those studies the correct way, and disprove their results while also proving the value of rigorous scientific inquiry? We hope Bayer can follow through on that, it might start a wider trend to addressing complicated health issues, rather than just letting the axle of public opinion grind away.

A little timely attention would certainly have saved me from the stress of trying to "limp" the Ford and its cargo home in the cold darkness, and the thoroughly trashed axle that was the result.

Let's hope we all start being a little more attentive to the squeaking wheels around us. 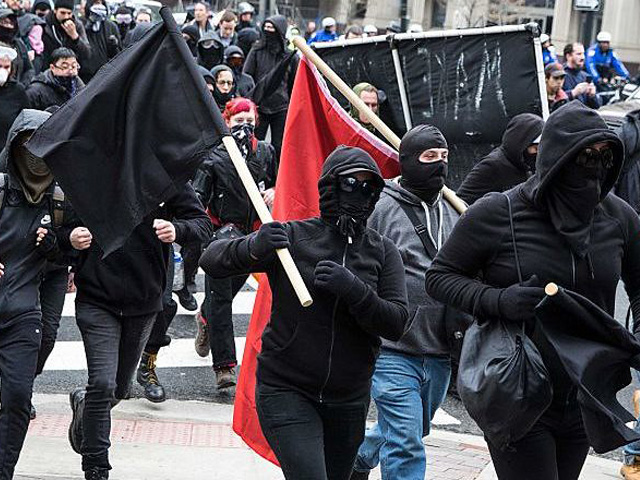