OMAHA (DTN) -- As Sri Lanka's government collapses, farmers in the Netherlands continue protesting, and the one connection between the civil unrest is government fertilizer policies.

With the war in Ukraine driving up food and energy prices, fertilizer access has become a major point of contention as immediate food needs overwhelm long-term environmental policies such as reducing emissions.

Sri Lanka's president, attempting to reduce government subsidies for imported fertilizer, announced an end to chemical fertilizer and inputs, saying Sri Lanka's agriculture would go "100% organic." The move failed, as land was idled and production of crops such as rice and tea collapsed.

Farmers in the Netherlands are continuing to shut down towns with their tractors, protesting a plan passed by the government in late June to reduce agricultural emissions from ammonia and nitrous oxide 50% by 2030. Netherlands ministers didn't help their cause when they suggested, as Associated Press reported, "The honest message ... is that not all farmers can continue their business." As many as 40,000 farmers have joined the protests. LTO, a group that represents Dutch farmers, called the nitrogen targets "unrealistic."

Watching the Netherlands protests are Canadian farmers. Canada's government introduced plans in late 2020 to reduce fertilizer use 30% by 2030. Though considered a voluntary target, the plan has caused backlash all year from Canadian farm groups.

In recent days, Canadian columnists have been pointing to both Sri Lanka and the Netherlands to denounce Prime Minister Justin Trudeau's emission plans.

"The problem right now is that the world needs more fertilizer, not less, for the same reason it needs more fossil fuel energy, not less," wrote Lorrie Goldstein, a columnist for the Toronto Sun.

The Biden administration has a long-term goal to get U.S. agriculture to "net zero" emissions by 2050, but the administration doesn't have any specific policy or funds to achieve that goal. Since the war in Ukraine began, Agriculture Secretary Tom Vilsack has dialed back on talk about net-zero emissions from agriculture, though the secretary did tie organic production to lower emissions in June when he rolled out a $300 million organic cost-share program.

"We believe that additional organic agricultural production will hasten the day when our food-transformed system gets to its net-zero-emissions future while also expanding now high-value opportunities for farmers, ranchers, and growers," Vilsack said during the June announcement.

USDA is trying to help spur different fertilizer strategies. The department announced back in March plans to spend $250 million to help expand domestic fertilizer production -- and the administration doubled the pot on that to $500 million -- though those funds have not been spent yet. The goal is to help fund "independent, made-in-America, innovative, sustainable, farmer-focused" fertilizer production. The department has stated its fertilizer funding projects will come sometime this summer.

Also on Thursday, 27 Republican lawmakers from the Senate and House sent a letter to President Biden calling on him to use this authority to waive duties on phosphate fertilizer imports from Morocco and halt any efforts to place new import duties on urea ammonium nitrate (UAN) from Trinidad and Tobago.

"Duties on some of our most reliable trading partners is the last thing we need amid a global food crisis," the GOP lawmakers wrote the president.

SRI LANKA, A TALE OF CAUTION

After protestors in Sri Lanka took over the president's home last weekend, analysts began weighing in on the factors that destabilized the island nation. One factor that stood out was the government's move to ban imports of chemical fertilizers in May 2021. President Gotabaya Rajapaksa, who now has fled his country, highlighted his fertilizer ban last year as a move to make Sri Lanka farmers 100% organic. The forced conversion to organic didn't go as planned, though.

Reports cite as much as one-third of Sri Lanka's acreage was dormant in 2021 because of the import ban. By January, the Sri Lankan government had reversed itself to again start importing chemical fertilizers. Sri Lanka also imported $450 million in rice because of lost production. The government also agreed to pay $200 million to more than 1 million rice farmers who lost their crops.

"Despite teething problems that must be overcome in the short term, this decision will enable a much-needed national transition to a healthier, more ecologically sound system of organic agriculture in the long run," Rajapaksa said at the UN food event.

Rajapaksa left the country after his residence was overrun, but massive protests continue in Colombo, Sri Lanka's capital.

Samuel Taylor, an analyst for farm inputs at Rabobank, said Sri Lanka's fertilizer policy wasn't the spark that toppled the government, but part of a series of disastrous decisions. The country cut taxes right before the pandemic hit, leading to a crash in revenues, especially with lost tourism. The lack of government funds may have helped drive the "dubious policy on synthetic agrochemicals and fertilizer" that then caused a massive decline in yields.

"Hanging on all of this, now you've got the specter of what's going on with the broader global Russia-Ukraine conflict causing further stress in the situation."

David Laborde, a senior fellow at the International Food Policy Institute, also agreed Sri Lanka's economic crisis was building up long before the fertilizer policy, and the overall macroeconomic problems in the country likely forced the government to try to cut off fertilizer.

"They were already in economic trouble, so the government tried to say, 'OK, we cannot buy fertilizer, so let's try to be organic.' But in the end, the situation was already on track to be too pricey."

"That's the fear factor that everyone talks about. Is this going to be analogous to that?" Taylor said.

NETHERLANDS CUT IS A BLUNT INSTRUMENT

Policies to target or cut fertilizer "are very blunt instruments," Laborde said. Fertilizer pollution is a problem for both water and emissions, but policies need to consider the direct impact on food production as well.

"Fertilizer is needed to produce biomass and crops," Laborde said. "It's not like tomorrow we can have the same level of productivity if we don't use any fertilizer. We need to rely on synthetic fertilizer, in most cases, to find the right balance of nutrients we want to give to crops. You can fine tune your nutrient supply to different crops in different places."

Laborde noted farmers in Europe don't have access to more land, so limits on fertilizer lead to lower production.

"The only way to produce more is to increase your yield, so asking you to cut your fertilizer means you are going to produce less," he said. "This type of policy doesn't give them a lot of options to adjust."

Also, for European farmers, in some cases, there's a feeling of the unfair competition they have to deal with because they have to reduce their production to compensate for emissions where importers can bring in products from other countries where that policy doesn't exist, he explained.

Taylor also noted the cultural aspect of forcing farmers to reduce fertilizer use to achieve emission goals. Changes in fertilizer and production are often evolutionary, he said.

After 2008, countries in general also became more cognizant of efforts to ensure not only the supply of commodities, but also nutrient supply. Those plans were upended by the war and will continue to drive volatility in markets as well.

"The world is in a fragile place, and it's not in a position to allow needy people to be hungry," Taylor said. "We need the Russia-Ukraine crisis to resolve itself before we feel very comfortable with confidence in pricing and a lot of soft commodities and fertilizers." 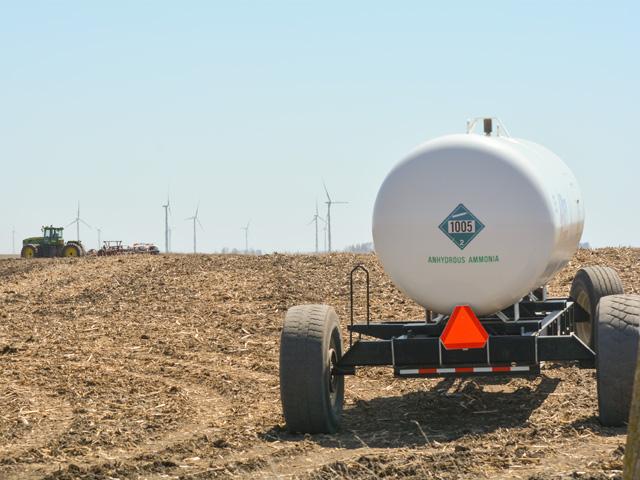