Despite a push by the Biden Administration to expand USDA's Conservation Reserve Program (CRP) by 4 million acres, USDA will likely come out of 2021 enrollment with enough contracts to offset more than 3 million acres expiring from contracts at the end of September.

USDA on Monday stated the department has accepted 2.8 million acres in offers in 2021 for CRP contracts. That includes nearly 1.9 million acres accepted through the General CRP Signup period, as well as 897,000 acres through Continuous Signup as well. With Continuous Signup still open, and new acres from the CRP Grasslands Signup that closed last week, USDA "expects to enroll more acres into all of CRP than the 3 million acres that are expiring," the department stated.

CRP has seen a steady decline in acres over the past 15 years. CRP hit its peak in 2007 at 36.8 million acres and has seen enrollment fall by 16 million acres since then. Funding has remained nearly constant over that time. In 2007, CRP cost $1.72 billion and the program in FY 2020 cost just under $1.8 billion.

The 2018 farm bill had authorized USDA to increase CRP acres to as high as 25 million in 2021, but Congress also lowered rental rates in the farm bill to 85% of the average county rental rate.

USDA rolled out incentives for climate-smart agricultural practices meant to offset the 15% drop in rental rates. Approved climate-smart practices include planting trees or permanent grasses, increasing wildlife habitat or restoring wetlands. Despite CRP signup basically staying close to par with expiring acres, the signup breaks a pattern of declining enrollment. FSA Administrator Zach Ducheneaux said, "The changes we have made this spring have put us on a path to reverse this trend. Still, Ducheneaux cited USDA will still be about 4 million acres below the enrollment target in the farm bill. "The CRP benefits for producers, sportsmen, wildlife, conservation and climate are numerous and well documented. We can't afford to let them be left on the table."

The Biden administration had touted plans for a 4-million-acre boost in CRP as part of the administration's climate pledges made during a climate summit held by the president in late April.

The 4-million gap between enrollment and USDA's target translates into less acreage for wildlife and pollinator habitat, including 20% fewer beehives in parts of the country, USDA stated. The lost acres also will lead to 90 million more pounds of nitrogen in waterways, and more than 30 million tons of soil erosion. If 4 million more acres were in the program, that would equal about 3 million tons of carbon sequestered in the soil as well.

In the end, the average national rental rate for the 1.9 million acres in General Signup ended up at $53 an acre. USDA used its Environmental Benefits Index to score acres with a maximum possible score of 545. Land that reached an EBI score of 175 or higher was offered a contract.

County Farm Service Agency offices must notify landowners by Aug. 30 if their CRP contract offer was accepted or rejected. By Sep. 20, county offices also must have conservation plans on the farm approved by the Natural Resources Conservation Service.

New CRP acreage enrollment is allowed in counties where current CRP contracts do not amount to more than 25% of the county's cropland.

USDA will need to keep pushing on acreage in the program just to break even. Another 4 million acres are scheduled to come out in October 2022. 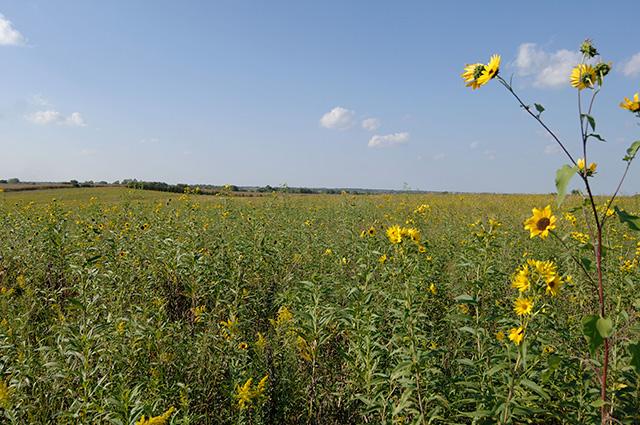