LINCOLN, Neb. (DTN) -- All 50 Republican U.S. senators have asked EPA and the U.S. Army Corps of Engineers to suspend new rulemaking on definitions of waters of the U.S. pending the outcome of a Clean Water Act case before the Supreme Court. They sent a letter about it to EPA Administrator Michael Regan and Assistant Secretary of the Army for Civil Works Michael L. Connor on Thursday.

The Supreme Court on Jan. 24 agreed to hear a wetlands case for the second time in nine years involving Idaho couple Michael and Chantell Sackett. The court granted a new hearing in the Sacketts' long-standing battle with EPA to decide whether the Ninth Circuit Court of Appeals followed "the proper tests for determining whether wetlands are 'waters of the United States' under the Clean Water Act."

The case involving wetlands on a two-thirds acre housing lot could have significant ramifications for farmers, ranchers and other landowners when it comes to how courts, EPA and the U.S. Army Corps of Engineers determine the proper test for defining whether a wetland is considered waters of the U.S.

The Sacketts, meanwhile, have been locked in a 15-year legal battle with EPA and the Corps of Engineers regarding their plans to build a home in Priest Lake, Idaho, after EPA claimed the property contained a wetland.

"As you know, this case may have major implications for Clean Water Act scope and enforcement," the senators said in a letter showing a rare show of solidarity.

"It would be irresponsible for EPA and USACE to proceed down a regulatory path that could be invalidated or significantly altered as early as this summer. More critically, suspending the rulemaking will permit stakeholders across the country to evaluate how a potential decision will affect their position in this regulatory space."

The senators said the federal government should not promulgate rules for the sake of political expediency, but instead do so to provide regulatory certainty for stakeholders.

"Proceeding with the rulemaking at this time, despite the pending litigation and potentially influential ruling, will only deepen uncertainty within the regulated community," the senators said.

The senators also commented on the current direction of the WOTUS rulemaking.

"We are foremost troubled to see that the proposed rule exceeds the regulatory authority granted to EPA and USACE by the Clean Water Act," the senators stated.

"The proposed rule seeks to federalize waters in a land grab that arguably surpasses its 2015 predecessor, improperly encompassing water features traditionally within the sole purview of states, while reverting from the comparative straightforward application of the 2020 Navigable Waters Protection Rule, 85 Fed. Reg. 22250 (April 21, 2020), and interjecting new uncertainties for nearly every private sector stakeholder."

In particular, the senators expressed concern about the agency's return to the so-called "significant nexus" standard that ultimately led to the undoing of the 2015 WOTUS rule.

"The limited exclusions and lack of clarity, such as for ditches, prairie potholes, and stock ponds, as well as the failure to define prior converted cropland, are leading concerns for our constituent stakeholders," they said in the letter.

"Given the severe financial penalties stakeholders could face for conducting standard agricultural or other land development practices under the proposed rule, family farmers and ranchers are understandably alarmed by the administration's attempted land grab. These producers have an especially vested interest in responsible stewardship of their water and land, and they depend on precise, consistent, and durable regulations that can guide such activity. Unfortunately, the proposed WOTUS rule falls short by each measure." 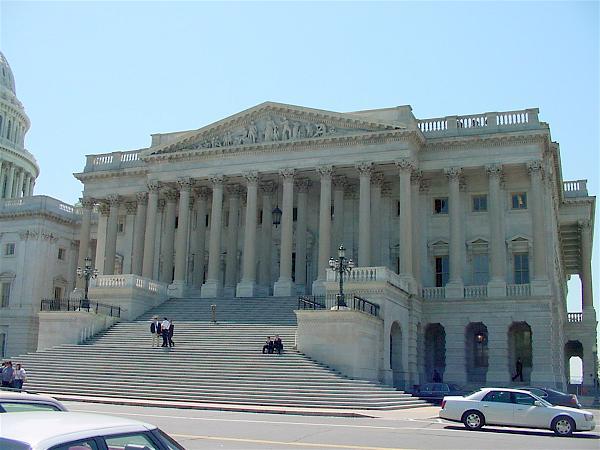