OMAHA (DTN) -- The House Ways and Means Committee on Wednesday advanced a tax package expected to generate roughly $2.1 trillion over 10 years as part of the budget reconciliation that will change how farm and ranch estate taxes are calculated going forward.

The measure makes multiple changes to estate-tax exemptions and rates but protects stepped-up basis in valuing estates at the time of death that the Biden administration proposed to protect farmers.

House Agriculture Committee Chairman David Scott, D-Ga., praised the Ways and Means Committee for not making specific changes to stepped-up basis that had drawn fire from farm organizations across the country.

"I have been working tirelessly to ensure that stepped-up basis is protected, and I am very pleased that the package released does not impact the benefit's operation," Scott said. "The preservation of stepped-up basis will allow family farms and ranches to continue from generation to generation while also protecting them from significant tax burdens."

Scott credited members of the Agriculture Committee for speaking out continuously on the issue for agricultural producers.

"I also want to thank Ways and Means Committee Chairman Richard Neal (D-Mass.) and Tax Subcommittee Chairman Mike Thompson (D-Calif.) for listening to our concerns and the concerns of our family farmers, ranchers and foresters."

Earlier this month, coalitions of farm groups had told Congress they were opposed to the elimination of stepped-up basis.

Separately, the National Farmers Union, the most Democratic-leaning farm group, told congressional leaders its members opposed the elimination of stepped-up basis because "burdensome new tax liabilities may lead to the premature sale of family farms and ranches and contribute to a worrying trend toward greater farmland consolidation and corporate control of our food system."

The bill rolls back the current estate tax and gift tax exemptions from the current $11.7 million to an inflation-adjusted $5.85 million and would roll back those estate tax changes starting Jan. 1, 2022.

However, the Ways and Means Committee did not move ahead with plans to tax inherited assets when they are sold based on the gains in the value of assets from the time they were originally purchased. Democrats had pushed the plan to tax stocks and real estate for wealthy heirs, but the outcry from the farm lobbies overwhelmed their plans.

While the tax plan lowers the amount of overall exclusion for most estates, it raises a special land-valuation plan for farmers. For larger farmers and ranchers who own their land, the bill includes a separate provision raising the Section 2032A valuation for farm real estate. Currently, the law allows $1.19 million in land value to be exempted from estate assets. The Ways and Means plan would raise that exemption to $11.7 million in value.

Other highlights of the plan include the following.

-- Capital Gains: For people with stocks or real estate who sell the assets, the bill increases the capital gains rate in multiple ways. For couples with incomes above $450,000, taxes on capital gains would increase from 20% to 25%, but it could also include a new 3.8% tax on net investment income plus a 3% surtax. That would put the top capital gains rate at 31.8%. A caveat currently in the bill language also applies the higher capital gains rates for sales starting Sept. 13, 2021, the day Ways and Means introduced the bill.

But high-income earners could also be subject to the 3.8% investment tax and a 3% surtax. People with the highest income levels -- married couples filing jointly above $5 million in modified adjusted gross income -- would have a 3% surtax.

Estates and trusts with taxable income above $12,500 would also be taxed at 39.6%. Estates with modified adjusted gross incomes above $100,000 would face a 3% surtax as well.

As DTN reported earlier in the week (https://www.dtnpf.com/…), farmers and ranchers should take time before the end of the year to talk to their accountants about possible changes in tax law that could affect their estates, trusts or corporate status.

"The take-home message for us is farmers need to use the next three months to try to get ahead of this," said Brian Kuehl, a principal at K-Coe Isom.

For people with children or lower incomes, the bill also extends the child-tax credit put in place last year and would make permanent increases in the earned income credit and child and dependent care credits. The bill also has several provisions involving renewable energy and tax credits for items such as electric vehicles. Biofuel producers have raised concerns about language in the bill regarding sustainable aviation fuel. The bill has the potential to provide per-gallon tax credits for biofuels used as aviation fuel, but the provision uses an outdated calculation for the lifecycle analysis for domestic ethanol. Democrats have said they would change the structure of the provision to accommodate the biofuel industry.

Rep. Neal, the Ways and Means Committee chairman, called the committee's measures, a "historic slate of measures to invest in the American family and American economy. These life-changing provisions will level the playing field, expand opportunity, and rebuild our economy to be more equitable and inclusive."

Neal added, "This package, coupled with the bipartisan infrastructure plan, represents our firm belief that it's not just the roads that get you to work that require funding, basic supports like childcare and paid leave are also essential features of society worthy of investment."

"On the fourth and final day of the Ways and Means Committee's work on their $3.5 trillion tax hikes and spending package, Democrats defended crushing America's innovation economy, tax increases that will send jobs and businesses fleeing overseas, President Biden's economic surrender to China, and relegating too many Americans to poverty by making the largest expansion of the welfare state in most of our lifetimes," Brady said.

Brady noted that the Democrats rejected Republican amendments including one by Rep. Adrian Scott, R-Neb., to strike all estate and gift tax provisions. 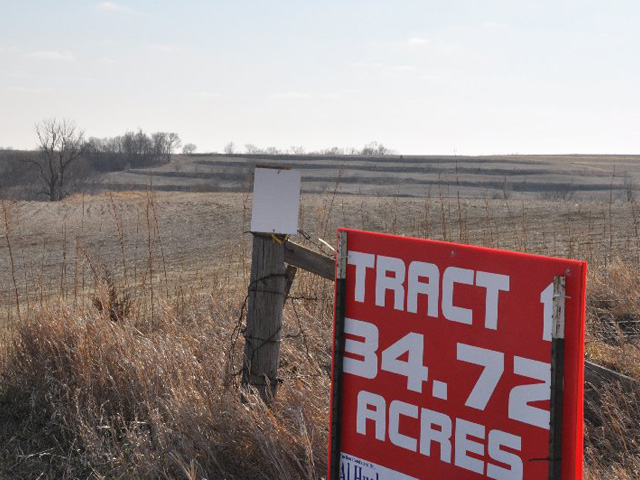