OMAHA (DTN) -- The Department of Justice on Monday asked a Wisconsin federal judge for more space for Agriculture Secretary Tom Vilsack and Farm Service Agency Administrator Zach Ducheneaux to respond to the court's nationwide restraining order against the loan debt-relief program for minority farmers and motions from the conservative group representing white farmers excluded from the debt-relief plan.

USDA must respond to the motion for a preliminary injunction filed by a conservative legal group, the Wisconsin Institute for Law & Liberty (WILL) on behalf of 12 white farmers and ranchers who sued USDA, Vilsack and Ducheneaux over the debt relief.

DOJ attorneys representing USDA wrote in a brief Monday to Griesbach that the federal government would need more than 30 pages to explain their case as to why the loan repayment program for socially disadvantaged farmers is legal.

The brief noted that the plaintiffs' claims over equal protection under the law require the federal government to show "that the effects of discrimination against minority farmers in USDA programs persist," such that the loan repayment program was necessary. That will require the government to document "the numerous investigations, reports, articles, and congressional testimony over decades that have documented the discrimination against minority farmers in USDA programs and thus demonstrate that the government had a strong basis in evidence to conclude that the debt relief to socially disadvantaged farmer and ranchers (in the American Relief Plan) was necessary to serve its compelling interests."

With that, the government attorneys asked for up to 40 pages to file an effective response to the motion for a preliminary injunction.

The debt relief program was part of the American Relief Plan passed earlier this year. The provision granted USDA $4 billion to pay off loans for socially disadvantaged farmers -- under a 1990 definition created by Congress that includes farmers who are African American, Latino or Hispanic, American Indian, or Alaskan Native, Asian American, or Hawaiian or Pacific Islanders. Caucasian women, who are eligible to apply for loans as socially disadvantaged since 1992, are not included in the debt relief.

Politically, the loan program has become a partisan lightning rod.

"It has been nearly impossible for farmers of color to acquire land, access funding, and get farms off the ground," said Fried. "I appreciate everyone coming together to share their incredible stories of rising above systemic oppression, becoming successful, and working toward making changes that benefit everyone. We should absolutely embrace this -- the American dream is based on opportunity and justice for all, and the America Rescue Plan is about making that real with help that is transformational and long overdue.

"Unfortunately, there has been opposition to this clearly needed, morally-just relief. But we must and will not be deterred from doing what is right, and I look forward to working together with federal, state, local, and community partners on solutions," further noted Fried in response to a federal court ruling Thursday temporarily halting the USDA's relief payments.

"There are two different realities in which we are living in -- it's the epitome of the old saying: If you're not at the table, you're on the menu. And Black farmers are on the menu," said Jones. "We can't pass the buck on doing what's right for people. Someone has to take ownership to make sure that everyone has the access that's needed to be a part of this American dream that so many people speak of."

"Thank you, Commissioner Fried, for your leadership on this and for allowing me to be part of this. We are headed in the right direction because of this conversation," said Chambliss. "This is a very important step on the path for justice as we take the necessary steps to create a more fair and just America. Let's have that conversation, and then let's create some good public policy based on the results. I'm excited about the future of Black farmers, not only in Florida but in the United States."

"At FAMU Credit Union, we pride ourselves on being a community resource -- one that gives back to communities of color because of not being able to have access to capital," said Montgomery. "This relief is not a giveaway, it's a chance to be on equal ground. We advocate for opportunities for equity and inclusion, and we'd like to be a part of that conversation."

Texas Agriculture Commissioner Sid Miller, who was among the first plaintiffs against USDA, said the Wisconsin court's restraining order ceasing payments for debt relief "is a big win for the U.S. Constitution and a return to fundamental American ideal that all men are created equal. This is a clear signal that the Biden administration has to stop picking winners and losers and stoking racial tensions, especially in the agriculture sector. American agriculture is too important to our country and the world to have it used as a political tool by this administration."

In April, Miller engaged the America First Legal Foundation in his private capacity as a farmer and rancher to file the lawsuit in the U.S. District Court for the Northern District of Texas on the grounds that it violated the foundations of fairness guaranteed by the U.S. Constitution, but that court has not yet ruled in the case.

A Conversation on Black Farmers with Nikki Fried (video) can be found at: https://www.dropbox.com/… 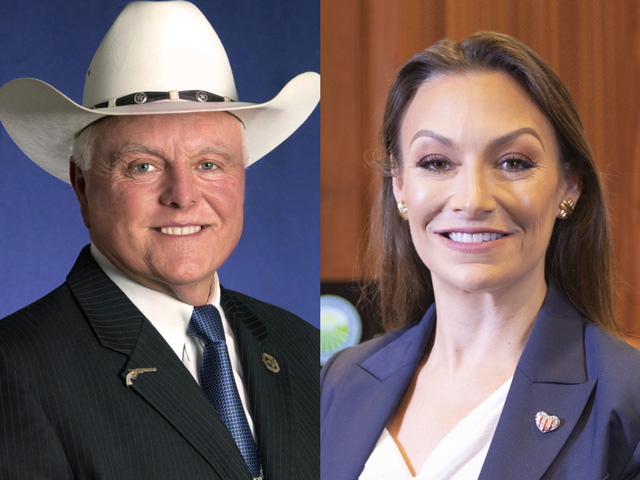