LINCOLN, Neb. (DTN) -- California's Proposition 12 -- the animal-welfare regulation of hog producers -- conflicts with the commerce clause and with previous rulings in the U.S. Court of Appeals for the Ninth Circuit and other federal circuits, attorneys for 20 states argued in a brief filed this week.

In separate lawsuits, the American Meat Institute and the National Pork Producers Council and American Farm Bureau Federation challenged the law because it requires hog producers in other states to comply with California's law in order to sell pork in the state.

"Perhaps most seriously of all, by adopting a much-less-restrictive rule than other circuits, the decision below upends the fundamental principle of equal state sovereignty: It means some states are free to impose their policies on out-of-state actors while other states are prohibited from doing so," the states said in an amicus brief.

"It thereby holds that states are entirely free to regulate out-of-state conduct -- no matter how directly -- so long as such regulation does not take the form of a price-control or price-affirmation law. That holding squarely conflicts with the decisions of at least five other circuits."

Brook Duer, staff attorney with Center for Agricultural and Shale Law at Penn State University, said the states are laying the groundwork for a possible appeal to the Supreme Court by pointing out alleged conflicts in previous court rulings.

Rule 10 in rules of the Supreme Court essentially require petitioners to address such conflicts if they eventually file petitions of certiorari to the high court.

"Although it doesn't quite use the exact words, a decision within a circuit that conflicts with other decisions in the same circuit without expressly overruling those cases is considered to be within these 'compelling reason' criteria," Duer told DTN.

"Now, the trick here is that just because lawyers characterize a decision as 'conflicting' with some prior decision, that is all a matter of interpretation and persuasive discourse. There may be lots of reasons why the U.S. Supreme Court may read a brief and decide that there is not a real conflict as alleged because the cases are distinguishable."

The state needs about 700,000 sows to satisfy its pork demand. About 1,500 out of California's 8,000 sows are used in commercial breeding housed in small farms. The NPPC has argued because the state must import most of its sows, Proposition 12 essentially regulates farmers beyond state borders. 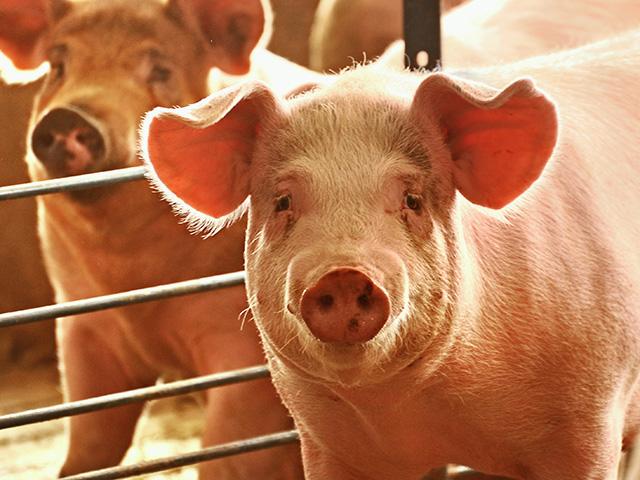