The Senate begins taking up the bill Thursday afternoon, though debate and votes could be delayed because Republican senators want a full reading of the $1.9 trillion spending bill. Stabenow is an enthusiastic campaigner for passage of the bill, which passed the House on Democratic votes last week and is expected to pass the Senate in the same fashion. Senators start debate despite alerts about a possible threat at the U.S. Capitol.

In a joint statement, Stabenow, Wyden, Menendez and Ossoff said: "Currently, 19 million Americans are relying on unemployment benefits and millions are struggling to pay rent, keep the lights on and the water running, and put food on the table for their families. The U.S. Senate is taking up a comprehensive package of legislation this week that would provide $1,400 checks, extend enhanced unemployment benefits and increase the federal supplemental unemployment benefit. The bill will also provide assistance for renters and homeowners, extend SNAP benefits and bolster other vital nutrition assistance to help ensure families, children and seniors don't go hungry."

Boozman on Wednesday warned that passage of the bill could trigger statutory pay-as-you-go (PAYGO) rules that could result in automatic spending cuts to farm programs.

"Triggering PAYGO is a very real risk that this bill carries, and if that happens, our family farmers will be among those who will be hurt the most. In their rush to fill this bill with non-COVID-related spending, Congressional Democrats have recklessly put the farm community at risk just when the agriculture economy is starting to turn a corner after several difficult years," Boozman said.

Under statuary PAYGO, the Office of Management and Budget (OMB) is required to maintain five- and 10-year scorecards that show the cumulative estimated deficit impacts of legislation, Boozman explained.

"If either scorecard indicates a net increase in the deficit, OMB is required to order a sequestration of all non-exempt programs, which includes important farm safety net programs," Boozman said. "PAYGO sequestration cuts can be prevented by waiving the cuts, but that requires 60 votes. This is a threshold Senate Democrats are seeking to avoid by utilizing the reconciliation process to pass their legislative priorities, like a bailout fund for states.

"Agricultural producers have faced tough economic times over the last several years. Instead of continuing the precedent of working together on COVID relief, the Biden administration and Congressional Democrats have opted to use reconciliation so they could pass unrelated items from their wish list. It is wrong to ask our farmers to pay for all this additional non-COVID spending."

Members of each party have called for changes. The Washington Post reported Sens. Mark Warner, D-Va., and Angus King, I-Maine, have called for some of the state and local money to be shifted to pay for expanding broadband access, an investment Republicans also have supported. GOP senators, though, criticize the spending as fast-tracked, partisan spending aid.

The House aid package being taken up by the Senate includes more than $1 billion in farm-loan assistance that would go to socially disadvantaged farmers. Under the plan, USDA would provide payments of up to 120% of farm-loan indebtedness for USDA direct or guaranteed loans. Socially disadvantaged is defined as Black, or African American, American Indians or Native Alaskans, Hispanics, Asians and Native Hawaiians or Pacific Islanders.

In the House Agriculture Committee meeting over the bill's provisions, Republicans questioned aid specifically for minority farmers, saying it would lead to lawsuits over reverse discrimination. Eventually, USDA could end up paying off all of its direct and guaranteed loans.

The bill also includes language that would help Black farmers maintain ownership of their land by addressing the issues around USDA assistance to farmers whose land is "heirs property."

Stabenow has said she supports the provisions for Black farmers, which were led by freshman Sen. Raphael Warnock, D-Ga., and Sen. Cory Booker, D-N.J. "When you look at one of the very first ways that there was racial discrimination after slavery was legally abolished, it was lack of support for Black farmers," Stabenow said to an African-American reporter roundtable on Wednesday, "people who were discriminated against in terms of land ownership."

Stabenow added at the roundtable that the bill helps address "longstanding areas of discrimination and racial disparity on land ownership and farmers, particularly in the South."

The bill provides $4 billion for USDA to use to boost the food supply chain and agricultural pandemic response. USDA would be able to use the fund to purchase food and agricultural commodities, as well as buy and distributed products such as fresh produce, dairy products, seafood, eggs and meat to non-profit organizations. Some of the funds could also go to make grants and loans for small or midsized food processors or distributors.

Another $500 million would allow USDA to provide more emergency grants for rural health care. This included increasing capacity for vaccine distribution, providing drugs or medical supplies to increase medical capacity and reimburse for COVID-19-related expenses and lost revenue in areas where the median income is below the poverty line. The bill also expands telehealth capabilities. A boost in SNAP benefits for lower-income Americans would also be extended to Sept. 30.

Other provisions in the bill include further telemedicine block grants to help in rural and other medically underserved communities. The bill also boosts aid for emergency housing funds in rural America. 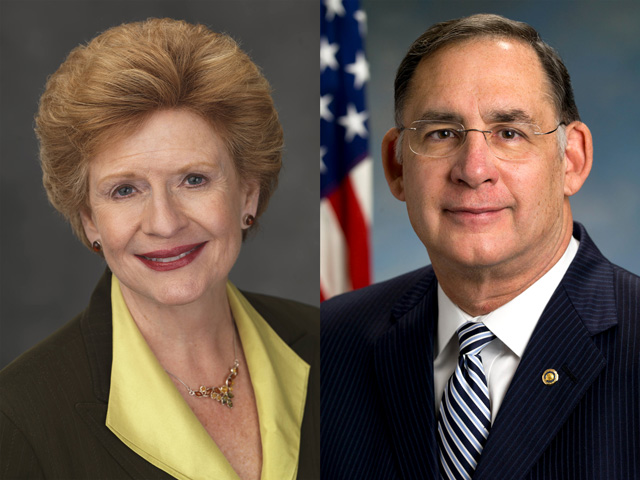