OMAHA (DTN) -- House Democratic leaders stripped a provision from the latest aid package that would have helped farmers suffering from crop losses -- including losses due to high winds or derechos -- before the House held its early Saturday vote on coronavirus aid relief.

Sen. Chuck Grassley, R-Iowa, on Tuesday called out House leaders for stripping the provision from the $1.9 trillion aid package, dubbed the American Rescue Plan. Grassley told reporters on Tuesday he will push fellow senators to reinstate the agricultural-disaster language in the bill and said he'll embarrass Democratic leaders for taking the aid provision out of their bill.

The agricultural disaster provision for wind and derecho losses was introduced initially in the House Agriculture Committee on Feb. 10 when the committee got together to mark up the agricultural share of the House aid package. The amendment came from freshman Rep. Randy Feenstra, R-Iowa. The provision didn't add extra costs to the bill but would have shifted some of the $4 billion allocated in the bill for agriculture meant for "the food supply chain and agricultural pandemic response."

Feenstra's amendment ended up passing 24-23 in the closely divided Agriculture Committee only after fellow Iowa Rep. Cindy Axne, a Democrat, changed her vote to side with every Republican on the committee. Every other Democrat on the committee voted against the crop-losses amendment.

Specifically, Feenstra's amendment came through the House Budget Committee final text stating USDA would use funds to improve food and agriculture supply chain resiliency "to make payments for necessary expenses related to losses of crops (including losses due to high winds or derechos)" tied to language from earlier appropriation bills.

Effectively, Feenstra's provision gave Iowa farmers and potentially grain elevators a pathway to apply for USDA's Wildfire and Hurricane Indemnity Program (WHIP-Plus). USDA estimated 850,000 crop acres were lost in the storm in Iowa, and other farmers saw significant yield declines affecting as many as 60 counties. Roughly 100 million of bushels in on-farm and commercial grain storage was destroyed as well across the state.

Feenstra issued a news release on Friday stating his amendment was "the only bipartisan amendment to pass out of any committee" as the bill was put together. His amendment was stripped out of the bill simply because of "one simple, obvious reason: It was led by a Republican. Democrats chose to put politics over people, leaving struggling Iowa farmers in the dust."

While heavily affecting Iowa, the damage from the derecho to crops stretched from eastern Nebraska into Illinois and across Indiana as well. The National Oceanic and Atmospheric Administration put the entire destruction at roughly $11 billion.

Axne backed the overall bill on the House floor, but stated she was disappointed the provision had been removed from the bill.

"I was disappointed to see the bipartisan amendment that I helped include in the agriculture section of the bill was removed prior to our final vote on the American Rescue Plan last week," Axne said. "I will be working with my colleagues from Iowa and my colleagues on the House Agriculture Committee to ensure we secure this relief separately for victims of last year's derecho as soon as possible."

"Maybe we would get some bipartisan support on that, but right now, I wouldn't want to predict the wind," Grassley said. "But I think these attempts ought to be made to embarrass the Democrats that their president wanted to work in a bipartisan way, but Schumer and Pelosi surely aren't doing it. And I don't think they're getting much push by President (Joe) Biden."

Sen. Debbie Stabenow, D-Mich., chairwoman of the Senate Agriculture Committee, told members of the National Farmers Union on Monday that she expects the Senate will take up the bill this week and vote on it no later than next week.

The Senate may open up the bill for further agricultural disaster aid as well. Along with farmers affected by the Midwest derecho, California producers also have been trying to get aid. At the USDA Ag Outlook Forum in late February, California state leaders and farm groups highlighted the need to get WHIP-Plus extended to 2020, as well, to help pay for their recovery from billions of dollars in wildfire losses last year.

"The extension of this program is essential for our producers who currently do not have the help they need to recover and stay afloat," Johansson said.

The bill does include $4 billion for USDA to use to boost the food supply chain and agricultural pandemic response. USDA would be able to use the fund to purchase food and agricultural commodities, as well as buy and distribute products such as fresh produce, dairy products, seafood, eggs and meat to non-profit organizations. Some of the funds could also go to make grants and loans for small or midsized food processors or distributors.

The House bill also includes more than $1 billion in farm-loan assistance that would go to socially disadvantaged farmers. Under the plan, USDA would provide payments of up to 120% of farm-loan indebtedness for USDA direct or guaranteed loans. Socially disadvantaged is defined as Black or African American, American Indians or Native Alaskans, Hispanics, Asians and Native Hawaiians or Pacific Islanders.

Another $500 million would allow USDA to provide more emergency grants for rural health care, including increasing capacity for vaccine distribution, providing drugs or medical supplies to increase medical capacity and reimbursement for COVID-19-related expenses and lost revenue in areas where the median income is below the poverty line. The bill also expands telehealth capabilities.

A boost in SNAP benefits for lower-income Americans would also be extended to Sept. 30.

Other provisions in the bill include further telemedicine block grants to help in rural and other medically underserved communities. The bill also boosts aid for emergency housing funds in rural America. 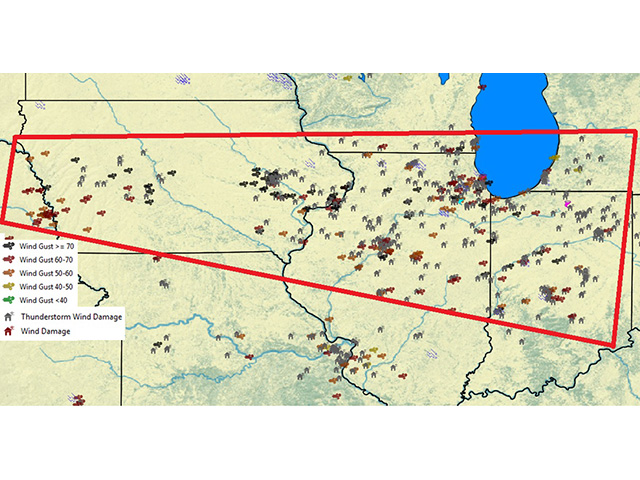