A number of farm worker groups sued EPA on Dec. 16, 2020, in the U.S. District Court for the Southern District of New York, alleging the new rule, which was finalized in October, weakened protections for farm workers.

EPA finalized several changes to application exclusion zones when it comes to applying pesticides, designed to protect agriculture workers from exposure in the field.

"The final rule unjustifiably weakens a regulatory safeguard against pesticide poisoning known as the application exclusion zone," the groups said in the lawsuit.

"The AEZ was enacted by EPA to protect farmworkers and frontline communities from being poisoned by the drift of sprayed pesticides at the time of application. The final rule's erosion of this protection poses an unreasonable risk of harm to human health, in violation of the Federal Insecticide, Fungicide, and Rodenticide Act."

The groups claim the EPA violated the Administrative Procedure Act.

"EPA's decision to eliminate AEZ safeguards is an unlawful reversal of its position from just a few years ago, when it determined the AEZ was necessary to fulfill its duty under FIFRA," the lawsuit said.

"EPA reversed its position and promulgated the final rule despite lack of record support and, therefore, in violation of the Administrative Procedure Act."

The new rule requires pesticide applicators to shut down spraying when someone enters exclusion zones.

The previous rule required farm workers to take steps to protect themselves from pesticides even after they left the farm. The new rule removes those provisions.

The rule gives farm owners and their families "flexibility to decide whether to stay on-site during pesticide applications, rather than compelling them to leave even when they feel safe remaining," EPA said in a news release.

In addition, the EPA added new language to allow pesticide applications suspended because of individuals entering an AEZ, to resume after those individuals have left.

The new rule outlines updated criteria to help farms determine whether pesticide applications are subject to a 25-foot or 100-foot AEZ.

The EPA has left in place the do-not-contact provision of the rule prohibiting a pesticide handler or applicator and the handler's employer from applying a pesticide in a way that contacts workers or other persons directly or through drift.

The new rule left in place several changes made in the 2015 rule.

Farm workers still are required to have annual training on the protections afforded to them. Previously, training was required only every five years. The EPA rule still prohibits anyone under age 18 from handling pesticides.

The agency previously argued in court that states had until March 2020 to submit pesticide certification plans, even if the rule didn't go into effect on March 6, 2017.

In March 2018, a federal court in California declared that the 2015 rule went into effect on March 6, 2017, and that EPA violated the Administrative Procedures Act by failing to provide notice and opportunity to comment before delaying the rule. 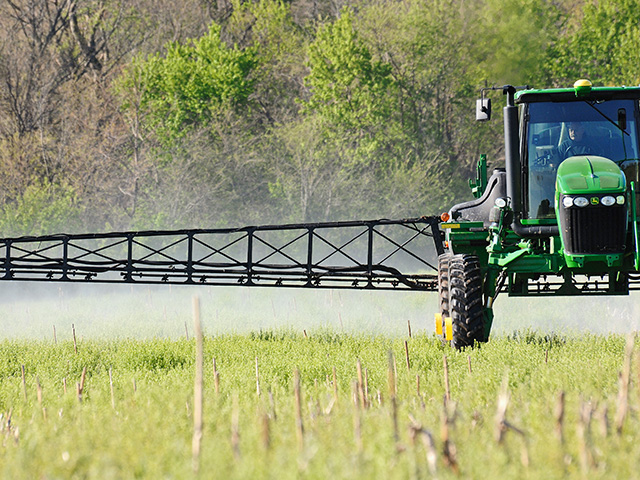