OMAHA (DTN) -- There is still a chance Congress could approve new COVID-19 economic relief before the end of the year, Sen. Charles Grassley, R-Iowa, said during a teleconference with agriculture journalists on Thursday.

Prior to the Nov. 3 election, negotiations between the Trump administration and congressional leaders, primarily House Speaker Rep. Nancy Pelosi, were at a standstill.

Both parties have tried several times to advance a stimulus package but were met with resistance from the other side. On Oct. 1, the House of Representatives passed a revised $2.2 trillion coronavirus aid package, a pared-down version of a $3.4 trillion bill that passed the House in May. The legislation, backed mainly by Democrats, failed to advance through the Republican-controlled Senate. Then, in late October, Senate Republicans attempted to pass a slimmer $500 billion coronavirus stimulus bill but were blocked by Democrats.

Grassley said he thinks the latest stimulus package being discussed will include $20 billion in aid for agriculture, which Senate Republicans had proposed during negotiations in July.

"Well, I assume it's going to include $20 billion for agriculture, because I think the ones (proposals) we had up in July, then the first week of September, and a couple during the month of October, you know, Democrats wouldn't let us get it up for even discussion," Grassley said. "So, we're going to proceed. And I assume it's going to have $20 billion in it. And there hasn't been any discussion yet between (Senate Majority Leader Mitch) McConnell and Pelosi."

"McConnell's not going to rely on Mnuchin anymore, to do the dealing," Grassley said. "I think he's intending to take it over and try to get something going and get it done. But right now, he has not had those conversations."

McConnell has indicated he would like to move all appropriations bills through the Senate before Dec. 11.

"Well, I think it's going to be up to the Democrats, because we got to have 60 votes to do it," Grassley said.

"(McConnell is) moving as if we're going to get that done on the assumption -- and if this is a false assumption, then we'll go over on a continuing resolution 'til next year -- but he's kind of feeling that (former Vice President Joe) Biden, if Biden is finally certified and wins the electoral vote, then he's going to be the new president. And if that's the way it turns out, then McConnell is assuming that Biden would like to get this off of his plate."

Also during his call with reporters on Thursday, Grassley said if EPA Administrator Andrew Wheeler isn't going to follow the Renewable Fuel Standard law, he should step down.

Grassley made the comments in response to recent remarks made by Wheeler indicating the EPA was going to miss the statutory deadline to finalize renewable volume obligations, or RVOs, for 2021. In addition, Wheeler gave an indication where the agency may be leaning on several pending small-refinery exemptions petitions for 2019 and 2020.

"While the Trump administration has made strides to get biofuels certainly this year, especially when denying all gap-year waiver requests from small refineries, there are still many questions that need to be answered," Grassley said during the teleconference.

"Comments this week from Administrator Wheeler have acknowledged that the Nov. 30 statutory deadline for setting 2021 RFS blending volumes will be missed as they have not yet proposed the rule. In those same comments, Wheeler said that RIN prices were out of control. I don't know how he can say that because that's not the case as I see it. In fact, ethanol RINs are lower than they were three or four years ago and have remained fairly stable."

Grassley said Wheeler's comments seem to conflict with EPA studies and court testimony that RIN prices do not harm refineries. Wheeler's opinion about the right price for RINs is "irrelevant," Grassley said.

"Wheeler simply needs to follow the law," he said. "If he's determined to do the bidding of the refineries, instead of following the Trump administration policy, he should step aside."

The EPA currently has 35 small-refinery exemption requests pending for 2019 and 2020.

In a related issue, the Supreme Court this week granted EPA an extension to file a response to a refiner's petition for review of an appeals court's January 2020 ruling on small-refinery exemptions.

HollyFrontier Corp. appealed to the high court in September after the U.S. Court of Appeals for the 10th Circuit in Denver turned down a request for the whole 10th Circuit to rehear a case involving small-refinery exemptions. In that case, the appeals court originally ruled the EPA mishandled the small-refinery exemptions program in the Renewable Fuel Standard and granted exemptions to three refiners who did not qualify.

Though the refiner has asked for the Supreme Court to hear the case, it is rare for the court to do so.

The Trump administration has until Dec. 14, 2020, to file its response. 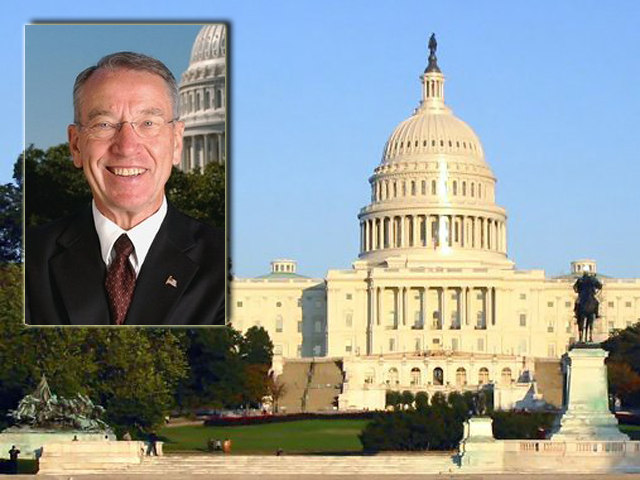