Language was released for a continuing resolution to fund the federal government through Dec. 11. Republican senators immediately denounced the bill for not including $30 billion for the Commodity Credit Corp.

"House Democrats' rough draft of a government funding bill shamefully leaves out key relief and support that American farmers need," tweeted Senate Majority Leader Mitch McConnell, R-Ky., on Monday. "This is no time to add insult to injury and defund help for farmers and rural America."

The debate over CCC funds tied up a House Rules Committee hearing Monday afternoon as they heard amendments to the continuing resolution (CR) that may be added to the bill or debated on the House floor later in the week. Several GOP lawmakers in both chambers criticized the lack of CCC funds in the bill. House Agriculture Committee ranking member Michael Conaway, R-Texas, presented an amendment to replenish the CCC to continue to fund programs that it finances. The amendment also would continue the Pandemic EBT program to provide payments to families with children who aren't receiving their regular school meals because schools are closed.

A senior Democratic House aide provided DTN with a statement challenging the president announcing the new aid package at the campaign rally. House leaders also are questioning reports that the Trump administration is considering spending hundreds of millions of dollars for oil refineries that applied for small-refinery exemptions that were turned down last week by EPA. The statement also pointed to the Government Accountability Office report on USDA's last ad-hoc aid program -- the Market Facilitation Program -- being skewed disproportionately to Southern states.

The fight over CCC funds comes as USDA has announced enrollment for a new $14 billion aid package to farmers under the Coronavirus Food Assistance Program (CFAP 2). Signup for the new program started Monday. The CFAP 2 was announced by President Donald Trump at a campaign rally in Wisconsin last Thursday. Trump then tweeted Friday that House Speaker Nancy Pelosi, D-Calif., is trying to take aid money away from farmers.

Sen. Debbie Stabenow, D-Mich., ranking member of the Senate Agriculture Committee, talked about the CCC situation during a webinar Monday hosted by Agri-Pulse. Stabenow said "the regular process" with CCC funding will happen at USDA. The fiscal year will close Sept. 30, and USDA will complete a report.

"And then typically in mid-November, that is filled," Stabenow said.

"With all of the ad hoc payments, we're turning the farm bill on its head," Stabenow said. "The reality is the CCC had basically up to $30 billion in borrowing authority. In mid-November, it is refilled. The fight is about whether there should be new resources and where they should go."

On the $14 billion in new USDA payments to farmers announced last week, Stabenow said the hope is USDA would be able to manage it. Stabenow said she continues to be concerned about whether there is accountability in how funds from the Commodity Credit Corp. are being spent.

"When we look at a lack of accountability in where ad hoc CCC funding is going now, we're also seeing more political payments," she said.

"We need to have a real effort of accountability at CCC," Stabenow said. "This is all done outside the farm bill."

Sen. Joni Ernst, R-Iowa, a member of the Senate Agriculture Committee, issued a statement again Monday on the CCC funds and then led a letter to Pelosi and McConnell with Iowa's entire congressional delegation, which includes three Democratic House members

"In Iowa, our farmers have not only suffered lost markets and disrupted supply chains from the COVID-19 pandemic, but they have also been dealing with drought conditions and the destruction caused by the recent derecho, which destroyed thousands of acres of crops and farmland," the Iowa delegation wrote. "On top of all of this, farmers are planning to receive farm payments this fall, and these resources cannot be taken away when they need it the most. Not providing additional funds to the CCC will delay their payments."

The American Farm Bureau Federation issued a statement Monday that the group is disappointed Congress has not reached an agreement on CCC funds. Without immediate replenishment, AFBF said, farm bill programs are at risk.

"A fully funded CCC is as important as ever as farmers are suffering through a pandemic, trade imbalances and severe weather," said Zippy Duvall, AFBF's president.

The fight over CCC funds and aid to farmers comes as both parties jockey for rural support in battleground Midwest states leading up to the Nov. 3 election. Until Monday's sell-off in both stocks and commodities, futures prices for crops also have been rallying in recent weeks.

Crop analysts for Rabobank on Monday noted some uncertainty on the corn and soybean harvests this fall, but still noted large crops for both crops. The analysts noted the challenges with corn due to declining ethanol demand but the high demand for soybeans both domestically and in exports. Export sales for the new crop continue, and sales from China especially are strong right now for soybeans and corn.

The risk of a second wave in COVID-19 is possibly one reason China also is buying corn and soybeans aggressively right now. Nicholson said some countries are building their stocks in case trade channels are disrupted again due to illnesses.

Erin Fitzpatrick Nazetta said the Phase One trade deal with China and questions about the overall size of the U.S. soybean crop have led China to increase their buys. The soybean crop also needs to get harvested and moved to ports because October through December are the major shipping months for U.S. soybeans. Any disruption in logistics could slow the volume of exports and "it could have pretty significant price impacts" because of that concentrated shipping window.

Besides strong soybean sales, sorghum sales to China are also up. That's raised basis levels in the Southern Plains and likely will lead to higher sorghum acres in 2021 as well, Nicholson said.

Still, Nicholson noted depressed ethanol demand was a challenge for the 2019-20 corn crop, and that remains a problem for the corn market, especially going into winter when Americans drive less. In the September World Supply and Demand Estimates (WASDE) report, USDA dropped expected corn for ethanol by 100 million bushels.

"So we're not necessarily seeing a big boost in (corn) prices because of that," Nicholson said. He added, "That fact is we have such a huge stocks number, that's keeping a lid on prices."

Rabobank's analysts also questioned whether the large ad hoc government payments to farmers will continue into 2021 after the election is over. The consensus is there will be less political will to provide more ad hoc aid to producers.

"It doesn't matter who gets elected, the focus will be on other things in 2021 and not necessarily on agriculture and food," Nicholson said.

Todd Neeley can be reached at Todd.Neeley@dtn.com 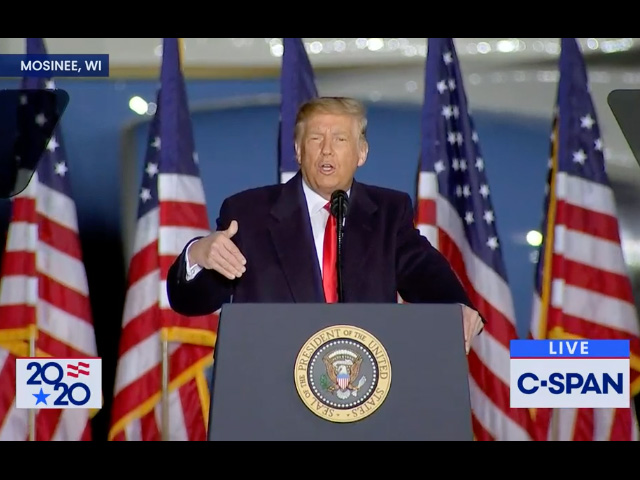