OMAHA (DTN) -- Attorneys for EPA and the U.S. Army Corps of Engineers asked a federal court this week to throw out a lawsuit challenging the Navigable Waters Protection Rule.

Back in July, the South Carolina Coastal Conservation League asked the U.S. District Court for the District of South Carolina to vacate the rule, which was finalized by the Trump administration to replace the 2015 waters of the United States, or WOTUS, rule.

In a motion for summary judgment filed this week, the agencies asked the court to maintain the new rule.

"Regardless, plaintiffs lack standing," the motion said. "They have not shown a concrete, imminent action giving rise to an injury in fact caused by the regulatory changes promulgated by the NWPR."

"Contrary to plaintiffs' hyperbolic forecasts of environmental harm based on unreliable data, the NWPR and its partnership with states in the CWA's regime of cooperative federalism could provide comparable environmental protection, at less societal cost, and net public benefit," the motion said.

"Ironically, plaintiffs claim that the 2015 rule was based on science. But, to the contrary, that rule relied on distance limitations found to be arbitrary, without scientific foundation, and unlawful."

The South Carolina Coastal Conservation League alleged the new rule is "arbitrary, capricious and unlawful" and the agencies completed the rule based on "political winds and currents" in cutting back protections for many waters.

In addition, the 2015 rule asserted federal jurisdiction of waters not necessarily navigable, including intermittent streams and ephemeral waters, by applying a so-called 'significant nexus' test.

"Furthermore, heeding the recommendation of EPA's science advisory board, the 2015 Rule 'clarifies in the preamble' that 'significant nexus' is a legal term, not a scientific one," the agencies' motion said.

"The NWPR, by contrast, truly does rely on well-established and objectively measurable scientific distinctions to define CWA jurisdiction."

The agencies, however, said in the motion the Supreme Court has rejected the idea agency actions have to be directed solely based on science.

"In fact, the agencies have long stated that science alone cannot dictate the CWA's line between federal and state waters," the motion argues.

The South Carolina Coastal Conservation League argues the agencies have left unprotected millions of stream miles and wetlands. However, the agencies argue the databases used to make the claim are unreliable.

"In fact, former EPA Administrator [Gina] McCarthy (for President Barack Obama) even testified to Congress that the maps plaintiffs rely upon are 'not used to determine jurisdiction and not intended to be used for jurisdiction,'" the motion said, and "are not relevant to the jurisdiction of the waters of the U.S.

"This well-supported balance of relevant considerations is neither arbitrary nor capricious. Science does not and cannot offer a precise answer to the question of what constitutes a water of the United States."

The lawsuit, filed by the New Mexico Cattlemen's Association, alleges both the 1986 regulation and the new rule illegally regulate non-navigable ponds, wetlands and tributaries.

Back in May 2020, the group asked a federal court to issue a preliminary injunction against parts of the rule

In March 2017, then-EPA Administrator Scott Pruitt launched a review of the rule and hinted in an agency document that a rewrite may include the removal of the so-called "significant nexus" test, which has been the subject of many lawsuits. 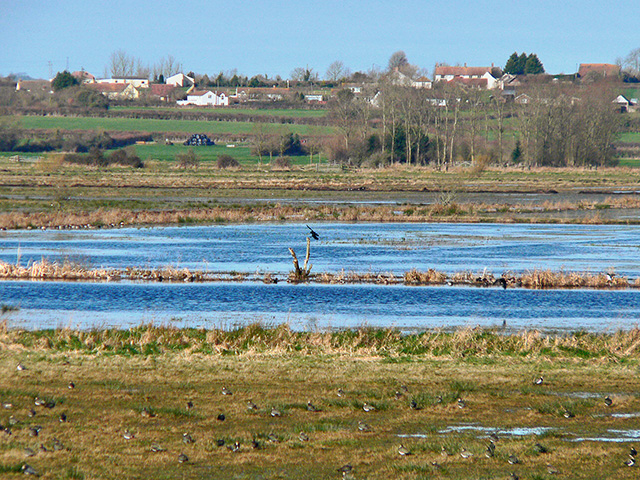