WASHINGTON (DTN) -- Senate Agriculture Appropriations Subcommittee Chairman John Hoeven, R-N.D., told DTN on Wednesday he believes the Senate coronavirus aid package will contain about the same amount of money for agriculture programs as the House HEROES Act, but the nutrition provisions will be up to the top Senate leadership.

Talks continue among Senate Republicans on the final details of an aid package. The Washington Post reported Thursday that GOP senators have scrapped the White House demands for a payroll tax cut and are considering another direct-check stimulus for families.

In a telephone interview, Hoeven said USDA can start with the $14 billion that was previously allocated to the Commodity Credit Corporation and Congress will bump that up so USDA has about $33 billion to $35 billion in additional money for farmers.

Hoeven said, by his calculations, the HEROES Act passed by the House in late May contains about $68 billion for agriculture and nutrition and $33 billion of that -- including the $14 billion in CCC money -- is for aid to farmers and ranchers.

USDA could not use the $14 billion until July 1 but can now use that money to pay out the rest of the $16.5 billion promised to farmers and ranchers under the Coronavirus Food Assistance Program (CFAP), Hoeven said.

The Senate bill will also contain language giving USDA discretion to make payments to ethanol plants and aid to livestock producers who had to kill their animals because they could not get them slaughtered. Iowa Republican Sens. Chuck Grassley and Joni Ernst have been pushing hard for aid to ethanol plants and pork producers. Democratic Sens. Richard Durbin of Illinois, Amy Klobuchar of Minnesota and Tina Smith of Wisconsin also jointly wrote Senate leaders this week asking for specific aid to pork producers who have been forced to euthanize hogs because of plant closures that slowed down the supply chain.

But Hoeven said the authority for USDA to use the CCC payment mechanism for purposes broader than what's in the CCC Charter Act would be for only one year, not a permanent change as some farm leaders have proposed. The bill would also not permanently increase the CCC spending authority to at least $50 billion, as he had proposed, Hoeven said. The problem, he added, is a scoring issue, because if the increase is permanent, the Congressional Budget Office will score it for 10 years, which will add to the cost of the bill.

Questions have been raised about whether USDA will need some of the $14 billion for regular farm commodity and conservation payments, but Hoeven said he believes those obligations can be met through the fiscal year 2021 agriculture appropriations bill or a continuing resolution.

Hoeven said he has been working on the agriculture provisions with Sen. John Boozman, R-Ark., and the two of them have been keeping Senate Agriculture Committee Chairman Pat Roberts, R-Kan., informed. Roberts is retiring and Boozman is likely to be the top Republican on the ag committee next year.

Hoeven said he and Boozman have also been in contact with Senate Agriculture Committee ranking member Debbie Stabenow, D-Mich., but there will be further negotiations with Senate Democrats. Hoeven signaled he expects there "will continue to be discussions on how prescriptive" the bill will be and how much discretion USDA will have.

Hoeven said he has been in discussions about nutrition and hopes there can be some compromise between the Democrats' position on increasing Supplemental Nutrition Assistance Program (SNAP) benefits and the Republicans' opposition. But Hoeven said he wants to "make sure" any increase in nutrition spending "doesn't cut into what I think we need to do for the farmers and ranchers."

He said the nutrition issue has been bumped up to the level of Senate Majority Leader Mitch McConnell, R-Ky., Senate Minority Leader Chuck Schumer, D-N.Y., House leaders and the White House.

Hoeven said "in terms of ag, we have made good progress," but he noted there are "challenges" in the overall bill because McConnell wants to keep the cost to $1 trillion while the Democrats want to spend much more money.

"It's a three-way negotiation" among the Senate, House and the White House, he noted. 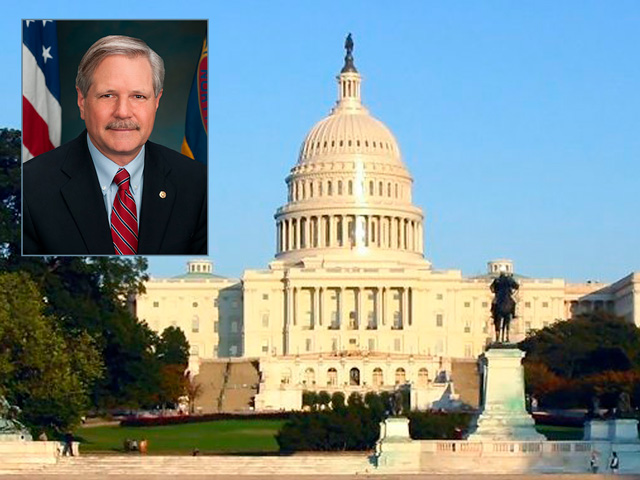