OMAHA (DTN) -- A new complaint filed with USDA this week alleges major meatpacking companies have discriminated against minority workers by not taking all adequate steps to protect them during the COVID-19 pandemic.

The groups allege the companies violated Title VI of the Civil Rights Act that protects against racial discrimination by recipients of federal financial assistance.

The complaint stated Tyson and JBS SA (owner of Pilgrim's Pride) combined have received more than $150 million in federal contracts in 2020, but are discriminating against their workers, who are predominately Black, Latino or Asian.

"We're still reviewing the filing but can tell you our top priority is the health and safety of all our team members, their families and the communities where our plants are located," Tyson External Communications Director Worth Sparkman told DTN.

"We've transformed the way our plants operate to protect our team members, implementing measures such as symptom screening before every shift."

Cameron Bruett, head of corporate affairs for JBS USA, which owns Pilgrim's Pride, said the company's diversity is one of its strengths.

"We are a culture of many, including refugee, immigrant, native-born and asylee," he said.

"We are humbled to provide well-paying jobs to many first-generation Americans seeking to build a better future for themselves and their families. During this pandemic, we have maintained our operations and the jobs they create only when we believe our facilities to be safe. We have embraced our responsibility to provide a safe working environment and will continue to do so. Our efforts have followed, and often exceeded, CDC guidance. We welcome any review of our practices and response to the pandemic, along with the many opportunities we provide our team members from every background imaginable."

As of July 6, the Food and Environment Reporting Network reported there have been at least 291 meatpacking plants with 32,151 workers with confirmed COVID-19 cases and 122 fatalities.

The complaint filed with USDA points out that among 61% of coronavirus cases reported at packing plants in 21 states, 9,919 cases, 87% of cases occurred among racial or ethnic minority workers.

"A significant majority of COVID-19 cases with accompanying race/ethnicity data show an overwhelming rate of infection among people of color," the complaint alleges.

The complaint said the corporations in question have "disregarded" the 6-feet social-distancing rule. The groups suggest if the distance was followed by plant workers, it would require plants to reduce processing rates.

Tyson, for example, has put protective steps in place to include taking employees' temperatures when they arrive at work, providing face masks, installing physical barriers between workstations and in break rooms, and installing hand-sanitizer stations throughout plants.

"However, employees in Tyson's meat-processing plants have been forced to continue working in unsafe conditions, resulting in numerous COVID-19 infections and deaths," the complaint alleges.

"Despite hundreds of confirmed cases and deaths in several plants, Tyson did not provide any personal protective equipment to all workers or install barriers between workers until mid-April."

JBS USA has removed vulnerable workers from its plants, including those 60 years and older, as well as providing free virus testing and face masks to workers.

"However, despite these measures, the number of cases and deaths at JBS plants continues to rise dramatically," the complaint said.

The complaint said Black and Latino workers make up the majority of meat-processing hourly workers "who have a disproportionately high risk of exposure to the virus that causes COVID-19."

The complaint said the corporations "cannot meet this burden" and policies "do not square with the pretext for the designation of meat and poultry by Executive Order 13917 as a critical material for domestic use."

The groups, however, allege domestic meat use was "never in danger" as the amount of meat exported during the first quarter of 2020 increased.

"And the fact that executive order designated meat and poultry as a critical for domestic use -- not export -- further undermines a capacity justification," the complaint said.

From Jan. 1 through July 7, Tyson and JBS received $109.4 million and $45.8 million worth of federal contracts through farm bill nutrition programs and the trade mitigation program.

"Recent data from the Centers for Disease Control and Prevention corroborate this complaint," the groups said.

"On July 7, 2020, the Centers for Disease Control published data collected through May 31, 2020, analyzed the COVID-19 harm suffered by workers in meat processing facilities, and discussed the measures implemented -- or more importantly not implemented -- at such facilities."

The CDC disparity report found based on 21 states reporting race and ethnicity data, "Hispanic and Asian workers might be disproportionately affected by COVID-19 in this workplace setting." 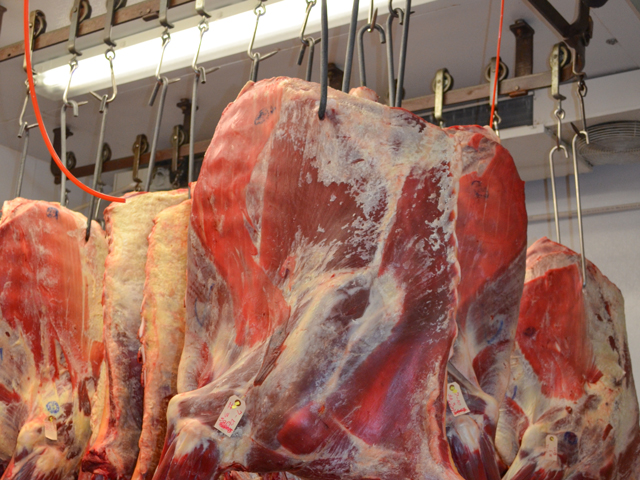