OMAHA (DTN) -- Farm groups and various officials continue to press USDA to broaden the Coronavirus Food Assistance Program (CFAP) as they highlight agricultural products left out of the program.

USDA announced on Thursday that the department already has approved more than $545 million in payments. Since starting signup on May 26, USDA has received more than 86,000 applications for CFAP. Signup for the program will continue through Aug. 28.

This week, Iowa officials got together to ask USDA to include liquid eggs in the program in a letter from Iowa Gov. Kim Reynolds, Iowa Secretary of Agriculture Mike Naig, Sen. Chuck Grassley and Sen. Joni Ernst.

"With nearly 70% of Iowa's layer flocks producing for the liquid egg market, the COVID-19 disruption has proven to be devastating," the officials said in the letter to USDA Secretary Sonny Perdue. "These market conditions warrant liquid egg producers for inclusion in the CFAP."

They noted the liquid egg market is distinct from the shell egg market where prices rose over the period covered by CFAP. In a call to agriculture reporters, Grassley noted the Iowa egg industry, which has 58 million hens that lay one-sixth of the eggs in the country, is divided into two segments: shell eggs and liquid egg products. While consumers initially bought more shell eggs at the start of the lockdown, the price of egg products fell 68% because restaurants were closed, Grassley noted.

The National Association of Wheat Growers also wrote Perdue this week that growers of all classes of wheat should be eligible for aid under CFAP, not just the hard red spring wheat and durum wheat growers who have been covered so far.

NAWG noted in an April 23 letter the group had highlighted that all three wheat May futures contracts had dropped at last 10% between January to mid-April. The hard red winter wheat contract had fallen 13.7% during that time. Soft white wheat, which does not have a futures contract, also fell 8.5%, according to USDA data.

CFAP "leaves behind growers of other classes of wheat who are also experiencing economic harm resulting from COVID-19," NAWG President David Milligan wrote in reply to a USDA request for comment on commodities that were not covered under the program so far.

NAWG added, "USDA should keep in mind that the cash price that farmers are actually receiving is even lower than the futures prices in many areas because of a widening basis during this timeframe."

On Wednesday, Richard Fordyce, administrator of the Farm Service Agency, did a question-and-answer session over the phone with members of the South Dakota Corn Growers Association about the $16 billion CFAP enrollment, which began last week.

Rep. Dusty Johnson, R-S.D., said on the call that CARES package funding initially looked like "a really solid first step," but based on some of the funding complications with the Commodity Credit Corp., Johnson said Congress "put USDA in an untenable position and worse, we put producers in an untenable position," and the current CFAP "is not nearly enough."

Johnson added there are a number of members of Congress pushing for an additional $60 billion in aid. Johnson did not mention the Heroes Act passed by the House, which has provisions to boost agricultural aid -- including indemnity for euthanizing livestock. The Heroes Act passed on largely a party line vote with little Republican support.

Beyond the traditional commodity crops that have received aid under the Market Facilitation Program (MFP), the CFAP aid includes livestock and dairy producers as well as 44 different specialty crops in the program, Fordyce noted.

"It is our attempt in providing at least some relief to what is going on with COVID-19," Fordyce said.

Still other commodities such as eggs, turkeys, broilers and different wheat varieties did not make the list for CFAP aid and they have raised questions about why. "I've had that question a number of times," Fordyce said.

On Wednesday's call, the executive director of the Minnesota Turkey Growers Association brought up the issue of turkey losses during the pandemic, pointing out turkeys do not have futures contracts and the industry was finding it difficult to prove that turkey growers suffered a 5% loss under the guidelines laid out by USDA. Fordyce said he believed USDA could work with the industry to look at any data on markets.

"Obviously we will entertain a conversation or take a look at data from different sectors or different commodities," he said. "When you think about the diversity of American agriculture and all of the commodities that are produced that just do not have a futures market and don't really have any kind of price reporting mechanisms either."

In most cases, Fordyce said the data at USDA did not support a 5% loss in price or value, or there wasn't enough pricing information to support adding additional commodities. Still, USDA has a Notice of Funds Available (NOFA) process that allows groups and the public to provide suggestions and documents to include another agricultural product in the program. Even though the post for that just went up last week, Fordyce said USDA already has more than 300 responses to the NOFA.

While the math for commodity aid is complicated, Fordyce said CFAP was designed to be "very straight forward," especially to help with local offices.

Fordyce was asked about payment for producers who sold grain off the farm but then replaced it with a futures contract. While still exposed to the market, Fordyce said if the physical grain is sold then those bushels are not eligible for CFAP.

Focusing on payment limits, Fordyce pointed out the payment limit was raised from $125,000 to $250,000 for the program, regardless of the number of commodities a farmer might claim.

"In this program, we felt like the impact on certain categories within the program had really seen some just mammoth losses, probably in the livestock sector, certainly some others as well," he said.

The payment limit for corporations and LLCs with three members can receive up to $750,000 if the entity can show at least three members contribute at least 400 hours of labor or management.

In terms of reaching Farm Service Agency offices, they also remain closed to customers and interactions are either through email or over the phone. Fordyce said USDA is in the process of reopening offices to customers in at least some counties. "It will be a little bit at a time depending on what is happening in local communities," he said.

More information on CFAP, including enrollment and details on the NOFA, can be found at www.farmers.gov/CFAP 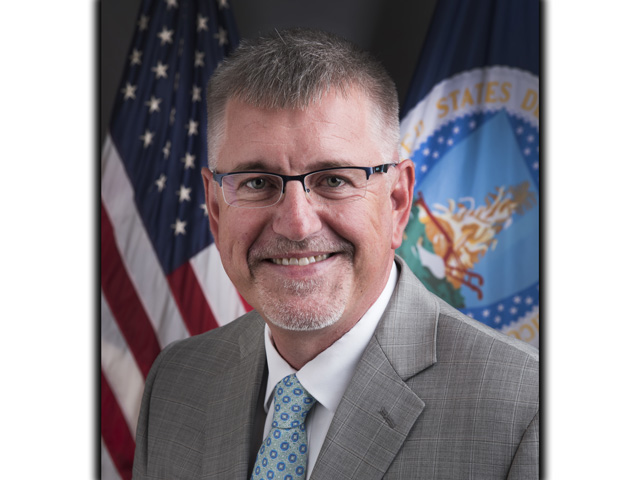