The high court vacated and returned a ruling to the U.S. Court of Appeals for the Ninth Circuit in San Francisco. The Ninth Circuit previously ruled pollution discharges traveling through groundwater and to a navigable water require Clean Water Act permits, the court said in its opinion.

Writing the majority opinion, Justice Stephen Breyer said releases of pollutants to groundwater that eventually make their way to navigable waters require National Pollutant Discharge Elimination System, or NPDES, permits if they are the "functional equivalent of a direct discharge."

According to the majority opinion, the key as to whether a discharge is a "functional equivalent" of a discharge focuses on "time and distance."

The court's decision may still expose farmers and ranchers to Clean Water Act violations as they relate to groundwater.

Glenn E. Roper, an attorney who wrote an amicus brief in the case for the Pacific Legal Foundation, said the ruling was "disappointing."

"Although it properly rejected the Ninth Circuit's overbroad approach, the court's new 'functional equivalent' test is a major misstep," he told DTN.

"It establishes an imprecise, multi-factor standard that will lead to confusion and uncertainty and will make it difficult for regulated parties to predict whether they must seek a federal permit or face severe penalties. As Justice [Samuel] Alito pointed out in dissent, today's decision, 'provides no clear guidance and invites arbitrary and inconsistent application.'"

EPA RULE MAY BE FORTHCOMING

The National Cattlemen's Beef Association and other agriculture groups filed an amicus brief in the case, raising concerns farmers and ranchers could be subject to expanded CWA regulation.

"It is highly likely now, in my opinion, that the U.S. EPA will want to develop a rule to implement today's decision and provide further clarity on what's in and what's out," he said.

"NCBA stands ready to engage in that process as the voice of the cattle industry, as we have through the court battle."

"My expectation is that this decision does very little to provide clarity for regulated entities, regulators, or environmental groups moving forward," he said.

Time is an important factor, Johnston said, because chemicals survive the environment for a long time and can find their way into navigable waters.

"In such a case, this decision could effectively require a permit," he said.

In the majority opinion, Breyer said the court has not entirely resolved the legal question.

"Although this interpretation does not present as clear a line as the other interpretations proffered, the EPA has applied the permitting provision to some discharges through groundwater for over 30 years." the opinion said.

In 2012, several environmental groups sued the County of Maui, arguing the county was discharging a pollutant to navigable waters, the Pacific Ocean, without the permit required by the Clean Water Act.

A district court found effluent from the county's wells ended up in the ocean and should require a Clean Water Act permit. The court found the pollution's "path to the ocean is clearly ascertainable" from Maui's wells into groundwater and to the ocean. The Ninth Circuit affirmed the decision on Feb. 1, 2018.

The Ninth Circuit said the Clean Water Act "does not require that the point source itself convey the pollutants directly into the navigable water" and that pollutants coming from the wells were "fairly traceable."

During oral arguments before the court in November, an attorney with the U.S. Department of Justice argued the EPA excludes from enforcement all pollution discharges into and through groundwater to navigable waters.

"That reading, which would open a loophole allowing easy evasion of the statutory provision's basic purposes, is neither persuasive nor reasonable," the court said in its opinion.

"The reading of the statute that best captures Congress' meaning, reflected in the statute's words, structure, and purposes, is that a permit is required when there is a discharge from a point source directly into navigable waters or when there is the functional equivalent of a direct discharge."

Groundwater currently is regulated at the state level and is not considered to be a pollution point source.

On April 15, 2019, the EPA released an interpretive statement reiterating the agency's role in groundwater.

The agency said Congress excluded releases of pollutants to groundwater from permitting requirements and "instead left regulation of those releases to the states and EPA's other statutory authorities."

EPA said in being "consistent with Congress' vision for a strong federal state partnership to protect the country's groundwater resources," the April 2019 guidance "recognizes the state's leadership role in protecting groundwater and provides certainty" to states and others who implement and enforce EPA's federal permitting programs. 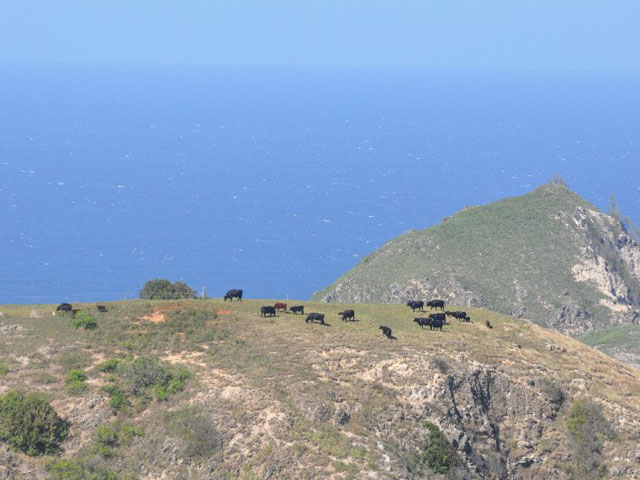