OMAHA (DTN) -- The state of Kansas can no longer enforce its so-called "ag-gag" law after a federal judge on Friday granted a permanent injunction.

On Jan. 22, 2020, the U.S. District Court for the District of Kansas in Kansas City, Kansas, ruled the law was a violation of free speech. Two days later, animal rights groups led by the Animal Legal Defense Fund asked the court to issue a permanent injunction to prevent the state from enforcing the law.

In motions filed with the court, the state indicated an injunction was not needed because it didn't intend to enforce provisions deemed to be unconstitutional.

"Although defendants assert that they will abide by the court's decision, as the law requires, their assertion gives plaintiffs little assurance that future defendants will not enforce the unconstitutional provisions against others who assert their First Amendment rights," District Judge Kathryn H. Vratil wrote in the order.

"Indeed, defendants' response to plaintiffs' motion indicates that defendants believe that they can enforce (the law) and against other potential plaintiffs. Defendants assert that the court did not hold that these provisions violate the First Amendment on their face but only as applied to plaintiffs, and that the unconstitutional provisions still have many legitimate applications. Furthermore, defendants apparently misunderstand what the court held. The court held that (the law is) content-based and viewpoint-discriminatory restrictions on speech that violate the First Amendment and did not limit this holding to these particular plaintiffs."

A spokesperson for the Kansas Attorney General's office told DTN, "We are disappointed with the ruling and we will be evaluating the next steps, including whether an appeal is warranted."

Ag-gag laws across the country are aimed at thwarting undercover investigations of agriculture facilities in order to protect the business interests and property of farmers. Similar laws in other states have faced legal challenges.

The Kansas law made it a crime for anyone to take pictures or to film video of animal facilities without the owner's consent, with the intent to "damage the enterprise."

The law also prohibited anyone to gain access to animal facilities "without the effective consent of the owner" and with the "intent to damage the enterprise."

In its Jan. 22 opinion, the court said the Kansas law violated the Constitution.

"First, the prohibition on deception limits what plaintiffs may or may not say," the court said in its opinion.

The court also agreed with the animal rights group that because the law prohibits the taking of pictures or video at animal facilities, it regulates free speech.

The Animal Legal Defense Fund filed its complaint in December 2018. The lawsuit said the law has "shielded the state's animal agriculture industry from public scrutiny for almost three decades."

The proliferation of ag-gag laws across the country has seen limited success.

In December 2019, a federal court in Iowa granted a preliminary injunction against the state's new ag trespass law, as a result of a lawsuit also filed by the Animal Legal Defense Fund.

The state of Iowa has experienced a series of legal defeats in its attempts to stop undercover investigations at agriculture facilities.

In January 2019, a federal judge in Iowa ruled the state's original 2012 law was a violation of free speech.

Iowa's 2012 law came about after at least a couple of widely publicized investigations into hog operations. The law made it illegal to enter a livestock facility under false pretenses or to lie on a job application to work for a livestock operation. It was meant to effectively criminalize undercover investigations on livestock farms.

In addition to the Kansas law, similar laws have been found to be unconstitutional in Idaho, Utah and Wyoming. 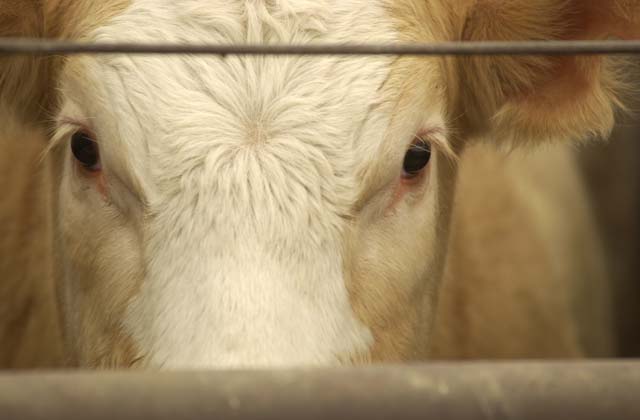