OMAHA (DTN) -- The federal government's response to the COVID-19 pandemic could make it harder for farmers to bring in new H-2A guest workers.

Also Tuesday, Congress and the Trump administration continued to detail possible federal aid to different industries and USDA highlighted its services that will remain available as the national containment continues on the outbreak.

For farmers who rely on guest workers, the State Department Monday announced the U.S. embassy in Mexico City and consulate offices across Mexico will suspend routine immigrant and non-immigrant visas starting Wednesday. The statement immediately sparked concern by the American Farm Bureau Federation, which said Tuesday that slowing down or reducing H-2A guest worker visas for agriculture would make it harder for farmers to produce food.

Farm groups that rely on H-2A workers immediately began calling contacts in Washington, D.C., to stress the burdens that decision would place on food production, especially fruits and vegetables.

On Tuesday, the consulate office in Monterrey, Mexico, released a statement that the office will continue processing "returning H-2A workers who are eligible for an interview waiver." Because the consulate has limited appointments now for interviews, the consulate's office stated, "We may cancel some first-time applicant appointments that have already been scheduled."

Lee Wicker, deputy director of the North Carolina Growers Association, the largest single user of H-2A workers, thanked the Trump administration for its reversal after learning how the shutdown of H-2A visas would affect farmers. Wicker said the group went to work immediately after hearing about the visa change late Monday.

"We are very grateful to the Trump administration for making this adjustment that recognizes the substantial impact that farmers and farm workers make in supplying fresh fruits and vegetables and other commodities to the American consumers," Wicker told DTN late Tuesday. "

Wicker said workers hired by the growers association help plant and eventually harvest more than 50 different crops in North Carolina and other states in the Southeast. Most of the workers are rural Mexicans. "We are committed to doing what we can to adhere to social distancing in terms of workers," Wicker said.

Outside of the need for new workers, Wicker said the administration's move to ensure farm workers can continue to enter the country in the context of battling the coronavirus was a critical decision for domestic food production.

"It's huge and it's important. Our food supply is a national security issue and we need to be growing food here so these workers are essential," Wicker said. "These workers, they aren't international travelers. They haven't been to China, or Italy, they come here to work, and we know where they are going to be. If there is a problem, we can quarantine at the farm."

"Under the new restrictions, American farmers will not have access to all of the skilled immigrant labor needed at a critical time in the planting season," Duvall said. "This threatens our ability to put food on Americans' tables."

Duvall added AFBF remains in contact with USDA, the State Department and White House over the issue. "We have urged them to find safe, practical ways to admit farm laborers as emergency workers for visa purposes while protecting public health," Duvall said. "Failing to do so will impact our ability to provide a healthy, affordable domestic food supply."

As federal and state governments began cracking down harder on undocumented workers in recent years, farmers have relied more heavily on the H-2A guest worker program. In fiscal year 2019, farmers brought in 257,667 temporary workers under the H-2A program, which is nearly 92,000 workers more than farmers used in the program in FY 2016. The top five states for using H-2A are Florida, Georgia, Washington, California and North Carolina, in that order. Those states account for just under half of all H-2A workers.

The Food and Drug Administration late Tuesday also announced it was lifting some specific audit requirements under the Food Safety Modernization Act as a way to help reduce disruption in grocery deliveries.

"While our grocery stores are facing unprecedented demand, we are working with industry to minimize disruptions in the supply-chain due to COVID-19 related travel restrictions," said FDA Commissioner Stephen Hahn. "The policy released today will help to minimize disruptions so that the food industry can meet the demand while also continuing to conduct supplier verification activities that are designed to ensure food safety and following government travel restrictions and advisories. While we are confident that stores will remain open and supply will continue to meet demand nationwide, we ask all Americans to only purchase enough food and essentials for the week ahead."

As the White House championed a growing economic stimulus package that spotlights multiple industries, agriculture has not being mentioned in the national press. Industry aid has focused on airlines and people who lose their jobs due to the shutdown of multiple hospitality industries. Treasury Secretary Steven Mnuchin, among others, also more vocally supported sending direct checks to families on Tuesday.

Senate Majority Leader Mitch McConnell, R-Ky., said in a news conference Tuesday afternoon that the Senate will vote on a relief bill passed last week by the House of Representatives, then write a separate bill to provide further aid to specific industries.

Both the U.S. Cattlemen's Association and the Renewable Fuels Association have sent requests for direct aid from the Trump administration for livestock and liquid fuels as prices have fallen for those products.

As of Tuesday, a spokesman for the House Agriculture Committee said lawmakers remain in contact with USDA about actions, but committee members have not asked Agriculture Secretary Sonny Perdue for direct aid to respond to the coronavirus.

Rep. Chellie Pingree, D-Maine, also sent a letter to House Speaker Nancy Pelosi asking for some aid consideration to "farmers who market products in local and regional markets." Pingree highlighted the growth of direct-to-consumer food sales in recent years, but stated the pandemic is already hurting these farmers as governments limit public gathering. That restriction is forcing some farmers' markets to shut down and will limit or prohibit others from opening as spring arrives.

"This jeopardizes a vital income source for farmers that sell their product directly to consumers," Pingree wrote.

Pointing to $23 billion in Market Facilitation Program payments paid out to commodity producers, Pingree stated disaster payments should be made for farmers selling to local and regional markets and those farmers should be assured access to USDA Farmer Service Agency emergency loans, as well has have FSA loan payments suspended.

After sending a letter Monday to the livestock and meatpacking industries assuring continued inspections and grading at plants, USDA officials on Tuesday sent out a more extensive communication on services in several agencies.

As DTN Political Correspondent Jerry Hagstrom reported, USDA's Washington, D.C., headquarters on Monday closed off one of its main buildings after a worker in Washington tested positive on Sunday. USDA notified employees to begin teleworking immediately afterward. Like most Washington buildings, USDA had closed itself off to visitors last week.

For farmers, USDA Service Center for the Farm Service Agency (FSA) and Natural Resources Conservation Service (NRCS) will work by phone and internet in areas that suffer an outbreak. USDA will route phones and use computer communications to complete their work. Farm Production and Conservation (FPAC) Business Centers will operate much the same way. Crop insurance, handled mainly by agents and adjusters, will also likely function through electronic communication and phones in areas facing a local outbreak.

Farmers and industry analysts who closely watch USDA's National Agricultural Statistics Service (NASS) reports should know the agency "is making every effort to produce and deliver official federal agricultural statistics on schedule," the agency stated, adding it will continue to evaluate data collection for each NASS report as the COVID-19 situation evolves.

"If we are able to collect enough data and conditions are such that estimates can be established and released, we will publish reports," NASS stated. Notices and changes for NASS report will be found on www.nass.usda.gov .

USDA also put in a plug asking "farmers and ranchers who have receive a survey to please respond online. It's now more important than ever to respond promptly only so that we can deliver the statistics that agriculture counts on," NASS stated. 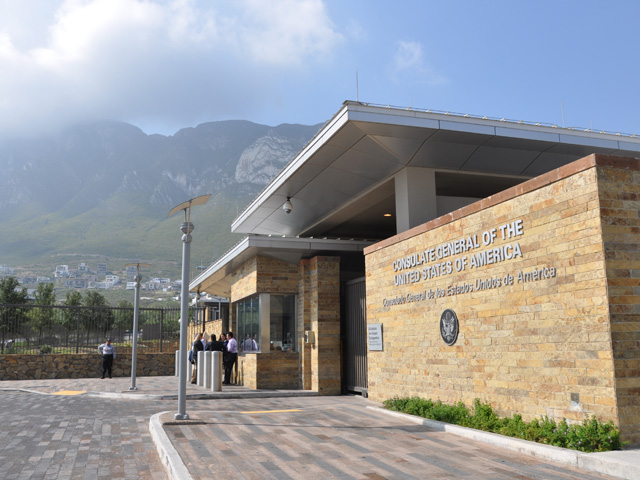