OMAHA (DTN) -- Agriculture Secretary Sonny Perdue told the congressional Agriculture Appropriations Subcommittee on Tuesday that the Agriculture Department will do what it can to make sure people get food during the coronavirus crisis, but some changes would require congressional action.

Perdue urged the House subcommittee to consider reauthorization of the Pandemic Supplemental Nutrition Assistance Program or P-SNAP -- which was last implemented for one year during the H1N1 virus in 2009, but has since expired.

Rep. Sanford Bishop, D-Ga., chairman of the subcommittee, said he would consider that. But he also told Perdue that he should follow his own motto of "do right and feed everyone."

Perdue said, "This is a time we need to pull together" and put partisanship aside.

Bishop urged Perdue to stop implementation of a rule that will make it harder for able-bodied adults without dependents (ABAWD) to get Supplemental Nutrition Assistance Program (SNAP) benefits. The rule is scheduled to go into effect in three weeks and would cause 700,000 people to lose their benefits.

Moving forward with the ABAWD rule "seems particularly cruel," Bishop said, because able-bodied adults without dependents whose benefits require working 20 hours per week might need to "self-quarantine" and would not be able to meet the work requirement.

Perdue ignored the direct question but said he had "good news" on that point because the states have authority to determine that SNAP rules can be liberalized for "good cause."

The "good cause" regulation "would eliminate the need for work requirements," Perdue said. "It is already there."

USDA has already granted waivers for school meal programs to serve children when schools close in California and Washington state and has received a request from Utah. Still, USDA can only issue those waivers after the state has requested it, Perdue said. But Perdue said that if the states apply for the waiver, they are likely to get it.

"If schools are closed, we're going to do our very best to get all of those kids fed," Perdue said during a discussion at the School Nutrition Association conference in Washington, D.C., on Tuesday.

USDA is waiving requirements that food be served in "congregate feeding areas" in low-income areas because medical professionals are not recommending that people gather in such settings, Perdue said. That would apparently allow "grab and go" meals.

The use of summer feeding programs when schools are closed is limited because summer food programs can run only in areas where at least 50% of students are eligible for free or reduced-price meals, according to an official from the Food Research Action Center, the Food and Environment Reporting Network reported.

"The gap is huge," Crystal FitzSimons of FRAC told FERN, noting that, in 2019, the summer feeding problem served only 2.9 million school children, about one-seventh of the 22 million students who qualify for free or reduced-price meals in the school lunch program.

Bishop said that Congress may raise the SNAP benefit rates in an economic bill dealing with the coronavirus.

With hog farmers and pork-processing plants already facing labor shortages, the National Pork Producers Council wrote federal officials on Tuesday raising concerns that the COVID-19 virus could lead to further shortfalls in labor for the industry.

Citing that industry economists are already expecting a shortfall in packing capacity to hit as early as September, "The COVID-19 situation could cause significant capacity shortfalls much sooner and put daily animal care at risk," NPPC President Howard Roth, wrote in a letter to officials.

Roth, a farmer from Wauzeka, Wisconsin, added that school closures preventing parents from working were already a concern for both farmers and processing plants.

"The specter of market-ready hogs with nowhere to go is a nightmare for every pork producer in the nation," Roth said. "It would result in severe economic fallout in rural communities and a major animal-welfare challenge."

NPPC pointed to a market crash for hogs two decades ago when the industry was hit with a plant-capacity shortage and caused the price of hogs to collapse dramatically. The group also noted that pork producers have a significant opportunity to boost exports to China right now, but a labor shortage would risk much of that opportunity.

NPPC called for the federal government to expedite worker visa and develop plans for farmers impacted by bottlenecks in the supply chain.

The Agriculture Department's Foreign Agricultural Service said Monday that it is postponing its scheduled March 16-19 trade mission to Morocco following the detection of coronavirus in that country.

"The World Health Organization is advising the public to avoid traveling to affected countries, and the Moroccan government has suspended all events involving international participants," FAS said in an announcement.

The mission was supposed to focus on boosting U.S. agricultural exports to all of North Africa and will include interested buyers not just from Morocco, but from Algeria, Libya and Tunisia as well. 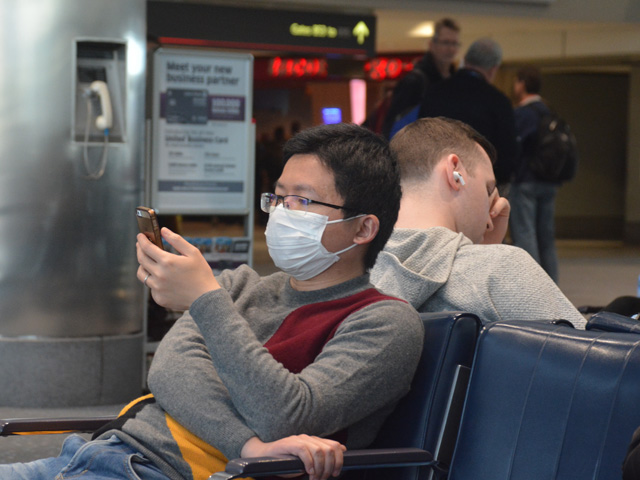