In August 2014, Toledo residents were warned not to drink water during a three-day period due to the algae bloom. Questions were raised about the cause of the bloom in Lake Erie, and the finger was pointed at nutrient runoff from farms as a culprit.

Republican Gov. Mike DeWine on Wednesday unveiled the voluntary "H2Ohio" initiative to invest in a number of steps to address phosphorous runoff.

In a news conference on Friday, Scott Higgins, co-chair of the Ohio Agriculture Conservation Initiative and CEO of the Ohio Dairy Producers Association, said the governor's plan likely will bring more farmers to the table in implementing best practices.

"Farmers truly do understand the value of conservation," he said. "This will help farmers do what they've wanted to do but couldn't afford to do. This is the very first time agriculture, conservation and environmental interests are working together to align resources. We're going to be able to access, measure and report back to the public on how we're managing phosphorous movement. We're absolutely committed to improving our state's waterways."

Achieving meaningful reductions in phosphorous runoff, Higgins said, will be a long-term process.

"It is essential that each practice is customized to the farm," he said.

The state of Iowa in recent years implemented a voluntary nutrient-reduction strategy. The plan was widely criticized by environmental interests that wanted the state to mandate conservation practices.

Heather Taylor-Miesle, co-chairman of the Ohio Agriculture Conservation Initiative and executive director of the Ohio Environmental Council, said she supports Ohio's program because it is a "good step" forward in addressing water quality.

"I am in favor of things that make progress," she said. "Progress is progress when it comes to clean water. When people come together and work toward solutions, that's when we make progress. For far too long, this has been about warring factions. I have no doubt that if the science comes back on this and says it isn't doing it, then we're going to do something else."

In February 2019, Toledo voters approved a so-called Lake Erie "bill of rights" that empowers Toledo citizens to file lawsuits on behalf of the lake, potentially threatening farmers who operate in states bordering the lake, as well as in Canada.

DeWine said in a news release this week the new program will be unlike any other tried in the state.

"Ohio has supported many programs to help farmers reduce nutrient loss over the years, but the state hasn't done nearly enough, nor have previous plans focused enough, on reducing phosphorus runoff from agriculture," he said. "That changes now."

Through a certification process, H2Ohio will provide economic incentives to farmers who develop nutrient-management plans that use a combination of the best practices.

As part of the H2Ohio plan, counties in the Maumee River watershed will have localized phosphorus targets to help ensure accountability. Data collected from farmers will be aggregated and made publicly available.

Janelle Mead, CEO of the Ohio Federation of Soil and Water Conservation Districts, said the new program will make a difference for farmers.

"We think this is going to bring a lot of new farmers into our offices," she said.

Higgins said the process starts by identifying what farmers are already doing and then set goals for expanding conservation.

"We're going to be very transparent about this process," he said. "We're building this as we go. We are very grateful the legislature is taking a long-term look at this. We hope as we administer the program there will be support long-term from the state. What we need to do is prove to the public that we're doing it right. It is going to take more than two years." 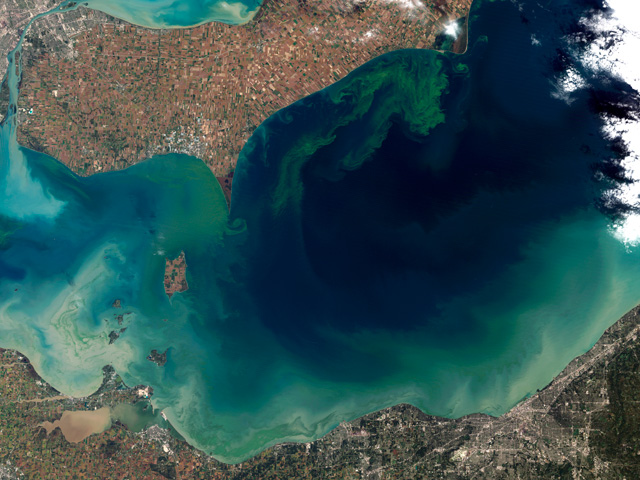