The government announced June 13 it would relocate two research agencies out of Washington, D.C., and since then a number of USDA employees with the Economic Research Service and the National Institute of Food and Agriculture have moved to Kansas City.

The move drew criticism and concerns. Worries included whether there was enough space for all the new employees in Kansas City, how the move would affect employee morale, and whether employees would refuse to move, leading to a loss of talent that would affect government programs for farmers.

The House Agriculture Committee's Biotechnology, Horticulture, and Research subcommittee is holding a hearing this week to examine USDA efforts to implement the 2018 farm bill.

As Deputy Undersecretary for Research, Education and Economics, Hutchins told the subcommittee the number of relocated employees was far short of target, but that the agencies are finding interest in the resulting open positions. He said efforts are well underway to fill those positions.

"In a previous hearing, we heard farmers and researchers express apprehension about the relocation proposal," she said. "They cited a lack of stakeholder engagement and strong concerns over program continuity as reasons for their opposition to (U.S. Agriculture) Secretary (Sonny) Perdue's proposal."

The committee heard specifics on how many jobs are open, and Hutchins reassured the committee there will be the staffing needed for the agency, as well as projected cost savings.

Following USDA's June announcement, it was expected more than 500 NIFA and ERS jobs would move from Washington, D.C. The number of employees making the move, however, was much fewer than target by the Sept. 30 employee deadline to make the move.

Hutchins told the subcommittee USDA has received 400 to 500 applicantions for open positions in Kansas City.

"We have every confidence that we will be able to replace talent," he said. "We believe we will be able to build the agencies beyond where they were, and take care of employees and make the transition feasible. Whether they're going to Kansas City or not they're committed to the agencies. We have accelerated our hiring tremendously. We have no shortage of interest and candidates to fill those positions."

Though there has been concern among opponents of the move that building space is unavailable ahead of the move, Hutchins said Kansas City employees are working in current USDA space and are "very able" to perform their duties.

Some members of the committee expressed concern about the morale of employees who have been relocated.

"I've been there to Kansas City several times and when I arrived on day one I took time to visit every work station," Hutchins said. "People there are happy to be there continuing the mission. Everybody has a different story, but the ones I spoke to are excited about the region."

Plaskett said ERS has appropriated funding to support 329 employees, but a total of 214 positions are vacant for a vacancy rate of 65%.

"To put it bluntly, NIFA is in even worse shape," she said. "Out of 344 appropriated positions, 264 are currently vacant -- a vacancy rate over 76%. I was told these extreme staff shortages mean some grant recipients will not receive their funds until March 2020. These gaps in service reinforce the notion that this relocation was hurried, misguided and mismanaged. ERS and NIFA have been undermined at the very time these agencies require knowledgeable staff to implement farm bill changes, administer grants, and complete critical economic reports."

A USDA cost-benefit analysis estimated the move would save $300 million during a 15-year lease term on employment costs and rent, or about $20 million per year.

"We believe this decision ultimately will improve USDA's ability to attract and consistently retain highly qualified staff with training and interests in agriculture, as well as place these important USDA resources closer to many of our stakeholders," he said. "Anticipated savings from this move over the long term will allow more funding for research of critical needs, like rural prosperity and agricultural competitiveness, and for programs and employees to be retained in the long run, even in the face of tightening budgets."

As a result of the move, Hutchins said 149 employees have other jobs within the federal government and 123 decided to stay with USDA.

"Together, these agencies have over 100 active recruitments in process and continue to onboard new talent in Kansas City," Hutchins said. "With the talent pool in the Kansas City region and our aggressive hiring strategy, we fully anticipate that our new employees, along with the expertise of our relocating employees, will provide the same excellent level of work for which ERS and NIFA have been known."

Rep. Neal Dunn, R-Fla., said despite concerns about the move members of Congress are working to make sure USDA has the needed resources.

"The feedback we are getting from Kansas City is very positive," he said. "It's frustrating to hear my colleagues continue to decry every move made by this administration. House Agriculture Committee Republicans are focused on ensuring USDA is able to move forward and guarantee its research stakeholders have the resources necessary to be successful." 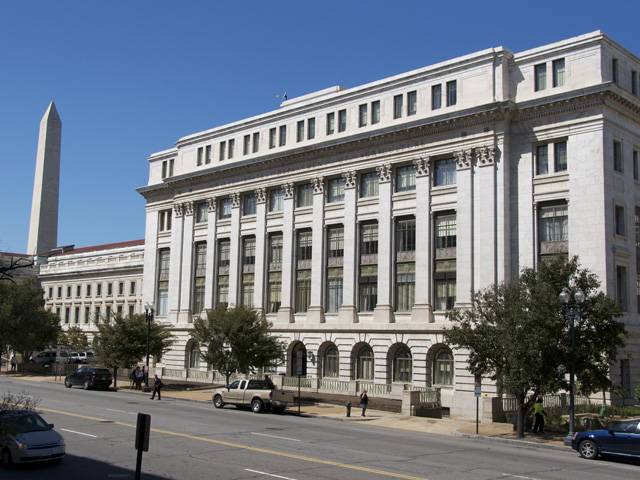